How to handle the weekly disruption of church without destroying your child’s routine.

If there is one place you might be at a disadvantage with a schedule, it is church. But let’s face it; church is hard for families of all parenting philosophies. Church is a set time that you can’t move around to fit your schedule. It seems to inevitably fall at a time that overlaps a nap, and many Babywise babies won’t sleep in mom’s arms because he is accustomed to and prefers his bed. Now, I 100% prefer to have a harder time Sunday for a while and have a good napper at home than to have a good napper at church but not home. There are some things you can do to try to make your church experience as beneficial as possible for the whole family. 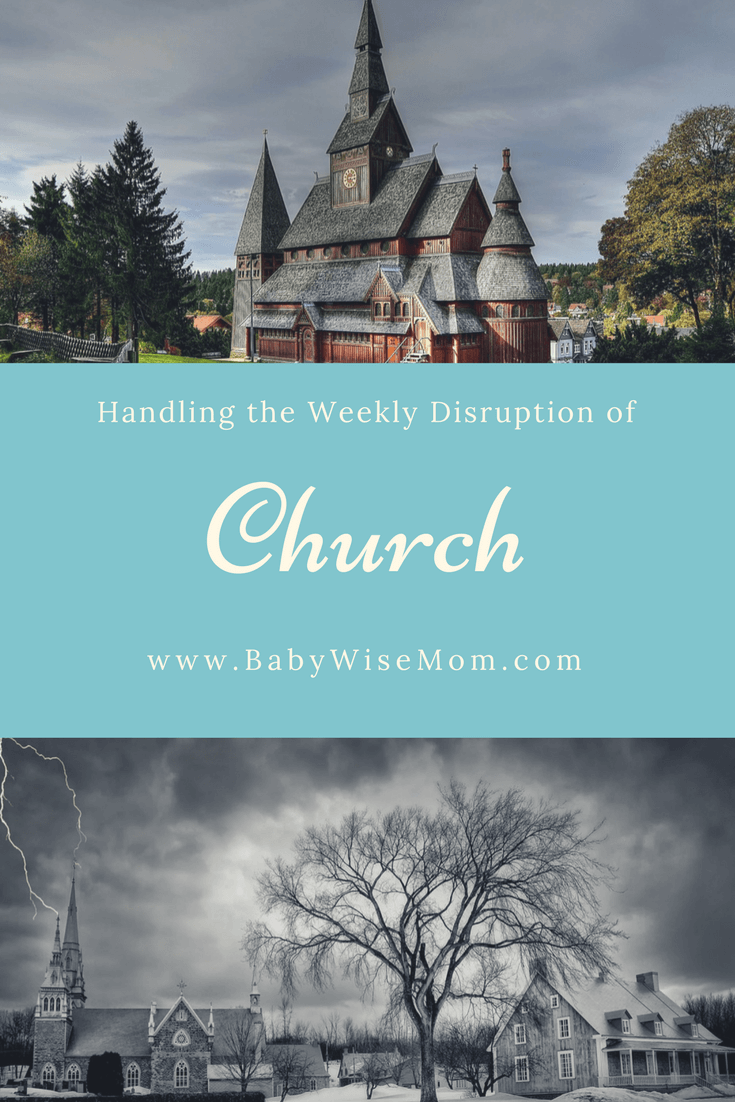 Also, you are only at a disadvantage when it comes to sleep. When it comes to behavior and helping, you are at a great advantage. The nursery workers love Brayden. They are constantly aghast at his level of knowledge in various subjects. He sits well and has great focusing skills. He pays attention to the lessons. He is the only child in the nursery who helps clean up the toys. He has no problems being left in the nursery without mom and dad.

This nap disadvantage only lasts really a short period. Most younger babies will sleep in moms arms or the car seat. Older babies are more flexible and able to miss a nap more easily. Also, the nap difficulty hits most toddlers if church falls during a toddler nap. Most toddlers won’t sleep in mom’s arms anymore. Those moms are left with very cranky children if the child isn’t coming into the church already being well-rested in general. A Babywise child knows how to soothe himself and how to work through difficult situations.

As Babywise moms, we are used to very content and happy babies. Kaitlyn gets fussy for her at church most days, but everyone at church is constantly commenting on how happy she is and what a good baby she is. And they are right; she is much easier to handle at church than other children around her age.

Okay, so on to the tips. Whatever your method, remember to always evaluate it and be sure what you are doing is best for your baby’s current situation. Your church strategy will need to change often over time.

Naps
Naptime is the biggest difficulty for most parents at church.

Please share your tips if you have any!
Related Posts: 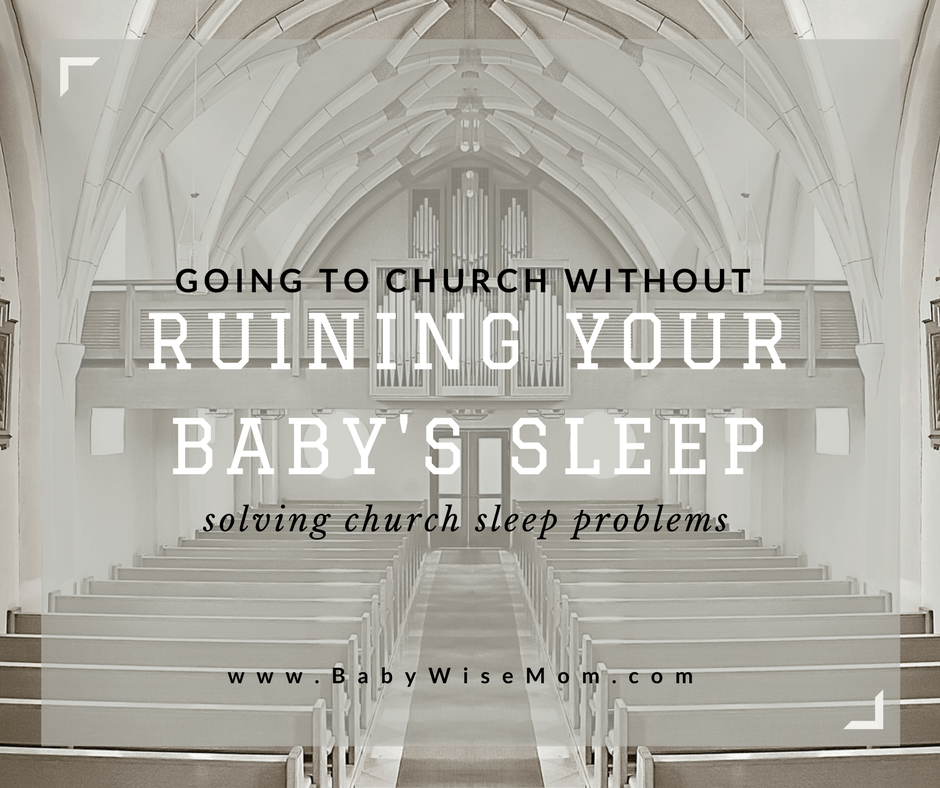