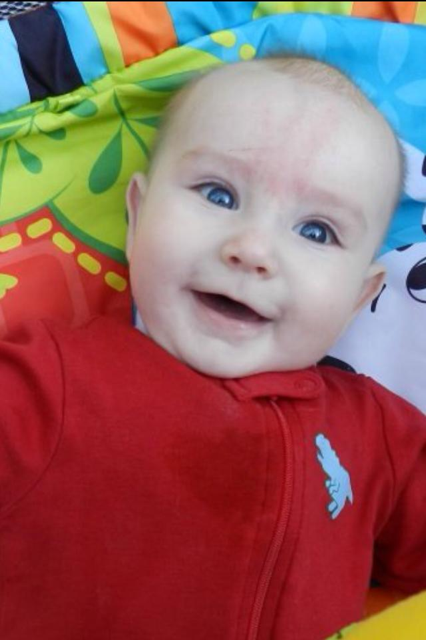 It was a chilly afternoon in mid January, 2013. I was in the backyard taking a “breather” from the cries of my 2 month old son, Declan. Sleep deprived and stressed out, I didn’t know what to do to get him to stop crying. Bounce, rock, feed, walk, sing, talk… all day, everyday was just spent trying to get him to nap! He’d fall asleep in my arms, I’d carefully lay him in his crib. Ahhh. Peace and quiet. Alas, like clockwork, 20 minutes later, a shrill cry from the nursery pierces my ears. I wept tears of despair.

Finally, I sent a text to an old highschool friend, whom has 4 children. She recommended I read On Becoming Babywise. I couldn’t find it at Chapters, which may be due to the “controversy” of the book, but I found it on Craigslist for free. I researched this so-called controversial book and found that it had been revised with an M.D. Upon reading the entire book within a few hours, I could not fathom how it was considered controversial. I don’t think any of these “critics” have actually ever read the book. It clearly states, if your baby is hungry before the 3 hour mark, feed it. No baby starving going on here. The words “failure to thrive” are thrown around frequently in reference to the Babywise method and frankly, they don’t know what they’re talking about.

Declan was born with a very rare group ‘G’ strep (not ‘B’) infection that landed him in the NICU for 7 days of antibiotics. I had top-notch nurses teaching me all kinds of things. They only feed the babies every 3 hours on the clock. She suggested I do the same and to get a full feeding in so he doesn’t become a snacker. Well I know good advice when I hear it. Luckily, that is exactly what the Babywise method is all about! Healthy eating habits from day one.

Since I already had the 3 hour feeding schedule down to a science, I had to implement the Feed–>Waketime–>Nap schedule. I had him on a routine of feed/waketime for 1.5 hours, followed by 1.5 hours of nap. This rotated all day until his bedtime at 6 PM. The very first nap I put him down for (wide awake is the key), he cried for 40 minutes. The second nap rolled around and he cried for 20 minutes. He did not cry after that. That’s how easy it was! I had trained him to know that when mommy puts him down, it means naptime. It is just that simple! I was in heaven after the first day. What a difference! He was waking up with a huge smile on his face. He wasn’t crying or fussing because he was well rested. We started to bond in a whole new way and all it took was regular naps. Daddy and I were much better, too. He wasn’t coming home from a hard day of work, to an exhausted, stressed out mama. It was a life changing improvement for everyone!

Present day, Declan just turned 7 months and we are doing fantastic! He currently sleeps 12 hours at night and takes 2 two hour naps a day. I continue to thank my friend for recommending On Becoming Babywise, for it saved my sanity. If anyone asks me for advice, whether in person or on social media, I always advocate this method. As a parent, what I see most often, is “Whatever works for you and your baby. Every baby is different.” While this is very true, the fact is, what works for every baby is regular naps everyday. Babies, toddlers, teenagers and adults, all thrive off of consistency and routine.

It is our jobs as parents to create the comfort and security of consistency.

I almost can’t wait to have a second baby so I can implement Babywise right from day one! It really changed our lives, for the better and I don’t know where I’d be without the knowledge that I’ve gained from such an amazing book.