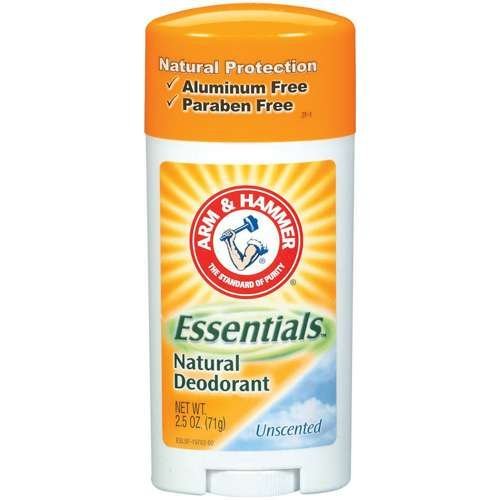 One of my most distinct memories of third grade is that of my teacher pulling a boy aside and telling him it was time he started to wear deodorant. She then told us all that many of us would need to start using it during the school year. This is burned into my memory. I don’t remember what age I actually started to need it, but I remember this so vividly that I have regularly been doing “sniff” tests on Brayden this year so I wouldn’t miss it when he needed it (being in third grade and all).

In about February of this year, McKenna had a friend over. When they came up to me, oh boy what a smell! I assumed it was the boy. Nope. Once he was gone, the smell lingered. I realized it was McKenna! I have been watching my oldest child for signs of needing deodorant and my third needed it first!

McKenna has never been one who showers every day because of her eczema. We do every other day. But at this time, we were doing about every 3 days because this was the time when my ligaments in my foot were torn and I couldn’t move much. I couldn’t wash her, so my husband was having to do it in evenings before bed.

I was naturally quite concerned about a 4 (almost 5) year old needing deodorant! I did a bunch of research.

It turns out it is in the range of normal for young children to need deodorant. People vary–adults vary in how much the sweat and how much it smells and kids are no different. As the child starts to mature and get more hormones then that sweat is the kind the bacteria wants to go after. The result is smelliness.

Sometimes this can be a sign of early puberty, but it needs to be in conjunction with other signs like pubic hair growth and breast tissue growth. We talked with McKenna’s doctor and she doesn’t have any of those signs going on, so we don’t have concern over it.

I started having her shower more frequently and that helped significantly. Around the same time, Brayden said he noticed he was starting to smell. So we upped his showering.

I asked you readers on Facebook about what deodorants you recommend for kids, and this is what you said:

Here is the interesting thing. As it has gotten hotter, both kids have started to not really smell anymore. Isn’t that weird? They used deodorant for about a month and then we just fazed it out because the smell went away.

What age did you start to wear deodorant? What about your children? Do you have a favorite deodorant?

2 thoughts on “Deodorant and Children”