Read for a full rundown of a child switching to a toddler bed. How to handle the child getting out and what expectations are reasonable. 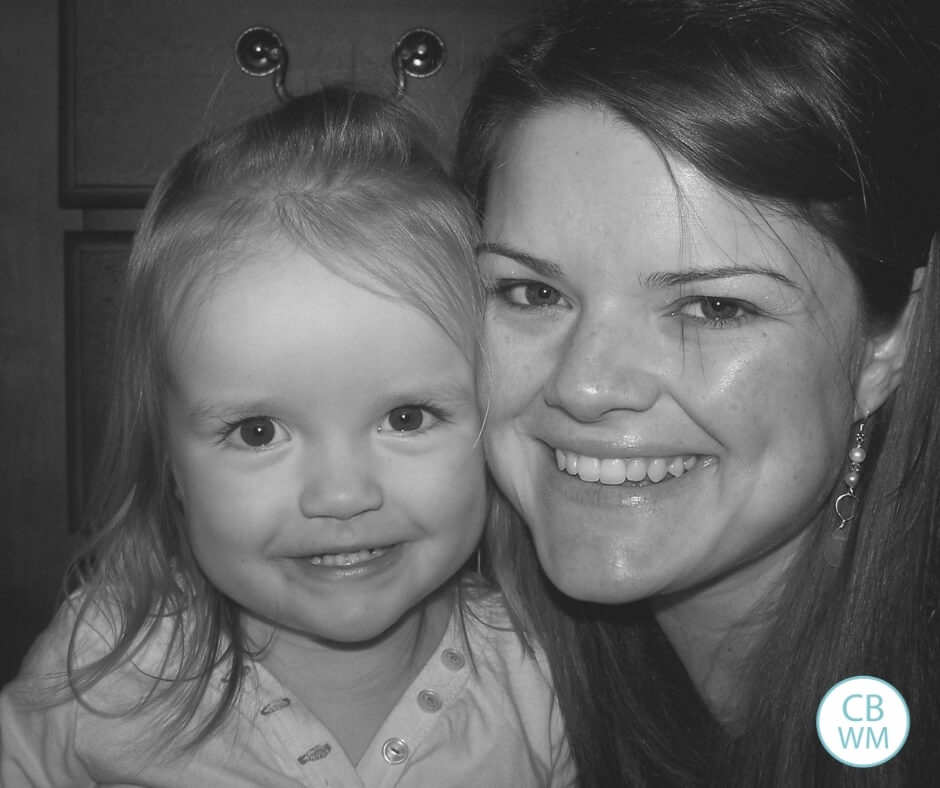 A little over a week ago, we moved Kaitlyn to a toddler bed. I wasn’t really sure how it would go overall. In most ways, Kaitlyn has been easier than Brayden was overall, especially with ‘babyhood.’ When it comes to discipline, I am not sure who is easier.

Brayden tested limits earlier and tested limits more often, but he was overall more obedient just for the sake of being obedient. He is a rule follower by nature. Kaitlyn doesn’t test limits often and started testing them at a much later age than average, but I am not really sure what her motivation is for following rules. Brayden is like me in that respect, so I totally get him. For her, I am not sure what it is.

As she has with discipline issues, Kaitlyn went through her “rebellious stage” later than most kids. Around 18 months old, most toddlers seem to really test their limits in a big way. Kaitlyn waited until she was 21 months old to do this. So we were sure to wait until that was over before we moved her over to a toddler bed.

We then had issues with her toddler bed being broken when we opened the box, so we had to wait for replacement (by the way, Jardine Enterprises was awesome with this. They sent us the replacement part right away with no questions asked and all for free. Fisher-Price is the same way with their stuff).

With these two factors, she was moved a little later than I would have liked. I like there to be more time before a new baby to work through any kinks, but it has worked out okay.

In most ways, Kaitlyn was really good. I wasn’t sure what to expect from her. She has always been the type to not so much as sit up after you lay her down for bed. She also loves to sleep, so I knew we had that in our favor, but you never know what the new opportunity of freedom will do.

Kaitlyn loved her new bed and was not sad to see the crib go in the least. When we put her down for naps and at night, she went right to sleep with no problem and slept her normal times.

When moving my children to big beds, I haven’t ever stressed that they need to stay in bed. I don’t really want to put it in their heads that it is even an option to get out of bed. I worry that if I say, “You need to stay in your bed” they will think, “Wait…you can get out of your bed!!!” They always stayed in the crib, so why would the bed be any different?

With Brayden, this was never a problem until he started potty training. At that point, I had to tell him he could get out of bed to use the potty if needed. A look of interest crossed his face and he spent much time figuring out if there were any other acceptable scenarios for getting out of bed (see Toddler/Child Getting Out of Bed), but this problem has since been solved. With Kaitlyn, I didn’t tell her to stay in bed either.

Moving from a Crib to a Toddler Bed

As I said, she went to sleep great. After her nap was over, she would wake up, get out of bed, get a toy or book, and go back into her bed. Ideally, I think you should rush in the moment your child wakes to praise them for doing a great job. The problem is Kaitlyn is really, really quiet when she wakes up. You don’t know if she is awake or not.

So I walked into her room to find her with some books on her bed that were across her room before the nap started. I told her she needed to stay in her bed. She didn’t really understand what I was saying and thought I was telling her it was still time for a nap, so she put her head back down to go to sleep.

The next day, I did catch her as soon as she woke up and before she got out of bed. I praised her for staying in bed, but she still wasn’t understanding exactly what I was trying to communicate to her. The next day I had my husband go get her up because I was sure she was still asleep. He found her out of bed gathering her toys.

Several nights after moving to her new bed, I woke at 3 AM to the sound of footsteps (I am a really light sleeper). I then heard little clinking noises. I looked at Kaitlyn’s monitor and saw the lights on the monitor moving, telling me the sounds was coming from her room.

My husband went to her room to find her in bed playing with her Legos (currently her absolute favorite toy). He told her it was time to sleep, took her Legos, hid them, and left the room. He came down and told me he hid the Legos.

He must have forgotten in his sleepy state that Kaitlyn misses nothing.

Sure enough, a minute later we heard the clinking of the Legos again. He went up and as soon as he walked in, she handed over her Legos. This time he took them out of the room ;).

I found this situation odd (and admittedly quite funny). We never had this issue with Brayden, and he doesn’t like to sleep. The next day, I found that she had her final canine tooth coming in. These have been painful for her, so I assumed the pain was making it hard for her to sleep. So before bed, we gave her Tylenol. She slept just fine that night.

My husband started to tell her to stay in her bed when he put her down for bed or a nap. Telling her at the beginning of the nap rather than after the nap seems to have communicated what we were trying to tell her.

She now waits until I go in to get out of bed. As soon as I walk in, she sits up and slides out of bed. I give her lots of praise and kisses for being such a good girl and staying in her bed until Mommy gets there. 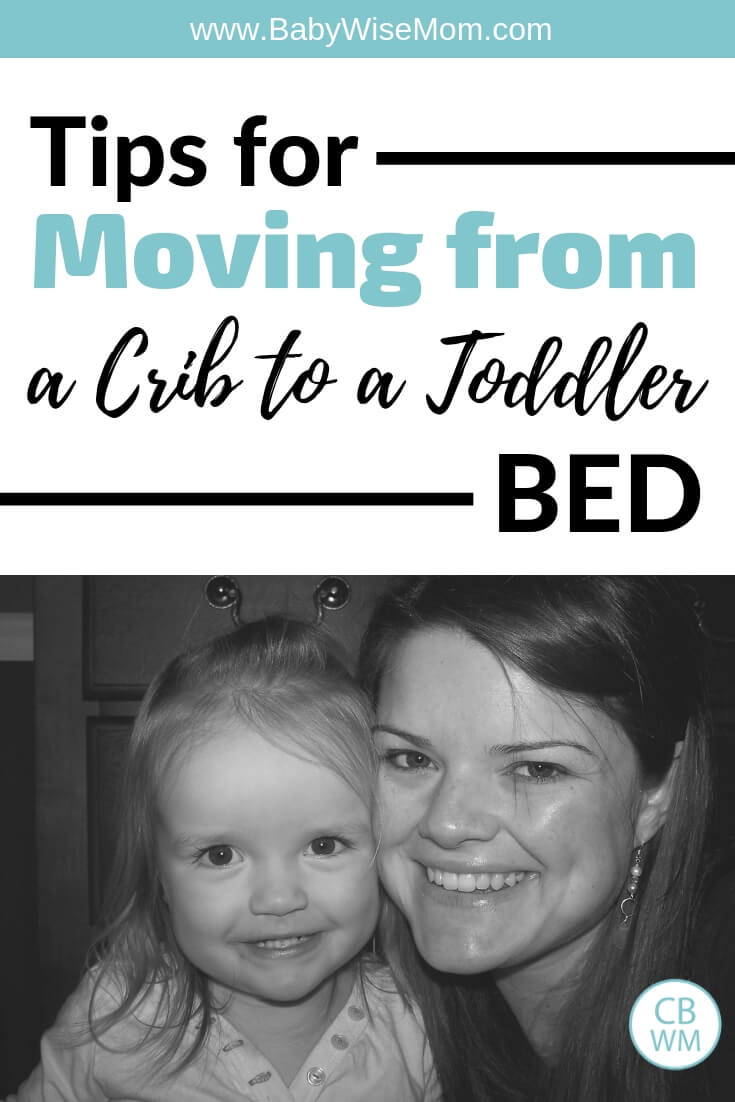 Stopping a Child from Getting Out of Bed

What was the solution to her getting out of bed? One was helping her to understand the expectations we had. That was most of the battle. We explained the problem when she was out of bed early. We explained what we expected. Finally, we explained expectations before the problem happened. This was the most beneficial for her. We were then able to praise her and tell her all she had done right, which makes her happy and want to repeat the correct action.

Another part of the solution was simply time and consistency. After several days of repeating expectations and being consistent about what was okay and what wasn’t, she was doing what we wanted. We never had to use any sort of punishment at all. She hadn’t been properly trained in the right way yet.

If she starts getting out of bed again in a year (similar to Brayden), that is when we would evaluate what form of punishment would be appropriate. For now, her stage of discipline is simply to lead her in the right way.

Some people might wonder why I cared about her getting out of bed at all once the nap was over. It is true that the highest priority is for the child to stay in bed and sleep. Once the nap is over, I can see parents deciding it is no problem if he gets out of bed to play, especially in a situation like Kaitlyn’s where she was getting out of bed, getting something she wanted, and getting back into bed.

I think the issue goes back to the funnel. This is not a freedom an 18-24 month old is equipped to handle yet. At this age, most children are still in great need for the nap, so going to sleep right away might not be a problem.

But what about when the child is older and isn’t necessarily as tired at naptime? Or he finds other activities of more interest? He could get out of bed at the beginning of nap, get his toys, and get back into bed for the “nap.” Or what if they child wakes fully at a sleep transition and thinks, “I napped so I get to get up and play with toys!”

Then you end up with a grumpy, tired child. If the rule is to stay in bed, the child is more likely to drift into the next sleep cycle than to wake up to play with toys.

There will come a day that I will allow Kaitlyn to get out of bed after a nap on her own. Brayden does. But that is a freedom to earn. The child must demonstrate an ability to handle that freedom. For now, she will stay in bed and wait for me to come get her.

For all of my tips as well as the tips found in Toddlerwise for moving to a bed, see this post:
Transitioning from a Crib to a Bed

21 thoughts on “In Action: Moving to a Toddler Bed”