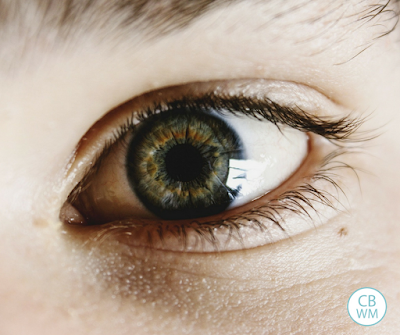 Little kids do strange things. I’m not saying that to mean, I’m just being honest. Have you ever watched a group of toddlers or preschoolers? Someone is pulling their shirt up, someone is taking their shoe on and off. Someone else is moving their hands around in a silly fashion. It’s normal. They are still exploring social norms and what their bodies can do. Oh, and they are little kids who have a ton of energy. Of course they are wiggly! But when do those blinks and twitches turn problematic? How do you know if something more is going on?

What is a tic?

The first thing to do is determine if in fact your child has tics. So what is a tic? A tic is defined as ‘repeated, sudden, rapid, nonrhythmic muscle movements including sounds or vocalizations.’ (Source: Merk Manual) Tics are things like blinking repeatedly or in an exaggerated manner, neck stretching, jaw clenching, sniffings, and grimacing. They are not limited to things like this though. Hand movements, shoulder shrugging, and body movements can be tics. These are called motor tics. There are vocal tics as well, which include throat clearing, humming, and coughing.

So basically tics are things kids do on a regular basis. They can change and shift, with one going away and a new starting. What moves it from just a behavior kids do to something that needs to be addressed? It comes down to how much the tic is impacting your child’s life and the lives of those around them. Is the movement causing problems in school? Is it causing a disruption to your child’s social life? Or is it just bothering you or your child enough that you want to do something about it? Then it is a tic that should be looked at more closely.

Are they voluntary? Can I just tell my child to stop?

Tics are not voluntary. But they aren’t considered exactly involuntary either. It is possible to repress the action for a time, just like you can hold in a cough for a few minutes if need be. But they can’t be held off forever, and it can cause distress and discomfort for little ones to try to not do them. Telling children to just stop isn’t really the most helpful thing to do, especially because children might not always realize they are doing it. Gentle reminders to be aware of the behavior can be helpful as kids get older.

How common are tics?

Just how common are these tics? As I said a lot of them can seem like just the normal wiggles and movements of childhood. Tics actually occur in about 15% of children, so they are not completely uncommon. They are usually transient, meaning it is something a child does for a couple of months or so and then stops doing. But for some, they do last longer. Males are affected about three to four times more than females.

Do tics go away?

In about three-quarters of cases, tics do fade by adulthood. They often appear in children between the ages of 4 and 6 years old. They tend to increase in severity up to about 10-12 years old, then decrease into adulthood. So the good news is most children who experience tics do seem to grow out of them or at least learn how to handle them effectively. The bad news is that they can peak around adolescence, which is a tough time socially for most people, let alone those who have something ‘different’ about them.

Does this mean my child has Tourette Syndrome?

Tics are considered a spectrum disorder. This means there is a sliding scale of severity. Tourettes is defined by having two or more motor tics and at least one vocal tic at the same time for a year or longer. Tourettes does not mean that your child will start shouting profanities all the time. That is a very rare presentation of the disease that movies have sadly played up for comedic effect. Current data shows that about 6 in 1000 children in the US have Tourette’s specifically.

Why do these tics happen?

Like a lot of neurological conditions, we don’t know exactly why tics happen. It has been seen to run in families, so we know a genetic component exists. And stress can sometimes exacerbate them and make them more apparent. But there is nothing that you did as a parent to make this happen. They are one of those things in life that just are.

Tics can be more apparent in stressful situations. This makes sense as when we get stressed we feel it in our bodies. But, tics can also be seen more when your child is relaxed. When your child is at ease and not really aware of what they are doing they may not be focusing on suppressing the tics, making them more apparent. Either way though, the actual root of the tics is not anyone’s fault.

What do I do if I think my child has tics?

The first thing to do is observe. How frequently is your child doing the behavior you are concerned about? Are the tics disrupting your child’s daily life? I would also ask a trusted friend or family member if they have observed any behaviors of concern. Sometimes as a parent I fixate on something and therefore notice it all the time, while other people don’t even know what I’m talking about. Tak to your child’s teachers and find out if the tics are causing a disruption to your child’s social life. Yes, that sounds a bit shallow. But social interactions are a part of daily life, and we all know other children are not always nice to someone that has something different about them. If a tic is keeping your child from having friends that is something to consider.

If you think the tics are something to look into further, go see your pediatrician. They should be able to help determine if this is something that needs further diagnosis. If they have concerns they may refer you to a neurologist for diagnosis and treatment options.

Are there treatments for tic disorders?

There is no one pill that is going to make the tics stop. But there are options of treatments. Behavior therapies and speech therapies are non-invasive and can be a good fit for children. There are some medications that can help suppress tics, and a surgical treatment called deep brain stimulation exists. And it is important to remember that many children do grow out of this condition.

So what can I do for my child?

The first thing to do is to not freak out. Young children might not even realize what is happening, so drawing a lot of attention to the behavior can be confusing and even make it worse. If you have an older child who knows that they are somehow different than others, make sure you let them know this isn’t their fault. They aren’t a freak or doing something wrong. Let them know you understand that they can’t control what is happening.

Ask your child how they want help. Older children might want reminders top try to stop a tic, or they just might need someone to bring it to their attention. Decide on a method together so that you can draw your child’s attention to it without making it a big deal. For preschool age kids this can work too. 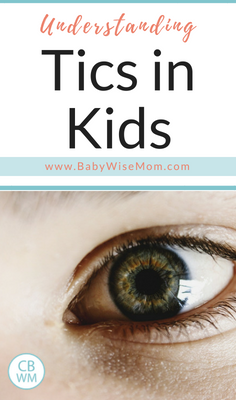 Reminding a child that we use resting hands or to relax their muscles can be a good hint to them to be aware of their bodies.

Talk to your children’s teachers or caregivers. Tics don’t have to be a big to-do. In fact, it is better if teachers don’t draw attention to them in a classroom setting. That can just make them a bigger distraction. But it is a good idea to let those who are responsible for your child know what is going on. This way they will know that your child isn’t acting out intentionally or just trying to be a troublemaker in class. These caregivers can also help give any cues to be aware of the tics to your child as well.

Hearing that your child has tics or Tourettes can be scary. They are an unknown and anything that we can’t control can be stressful. The good news about these involuntary movements is that they have a lot of choices in how to handle them. Most people who experience this lead totally normal lives. In fact, you might even know someone with a tic disorder, you just never noticed. Talk to your doctor, observe your child, and be supportive. Your child is wonderful, tics and all. 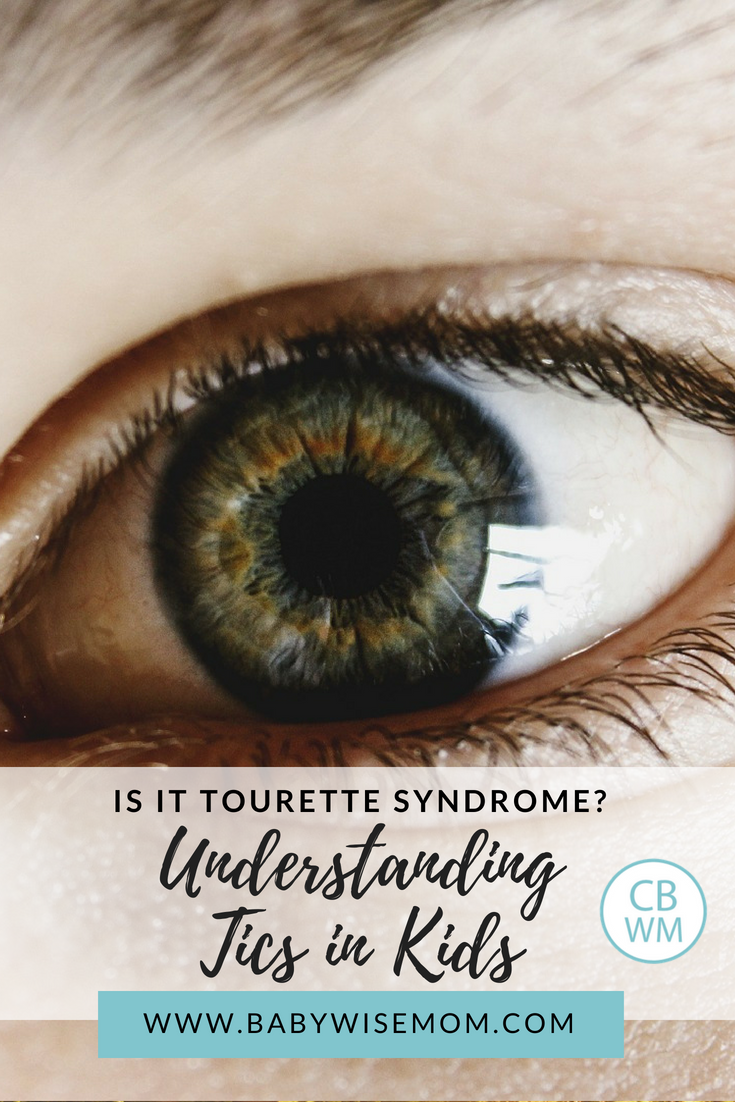