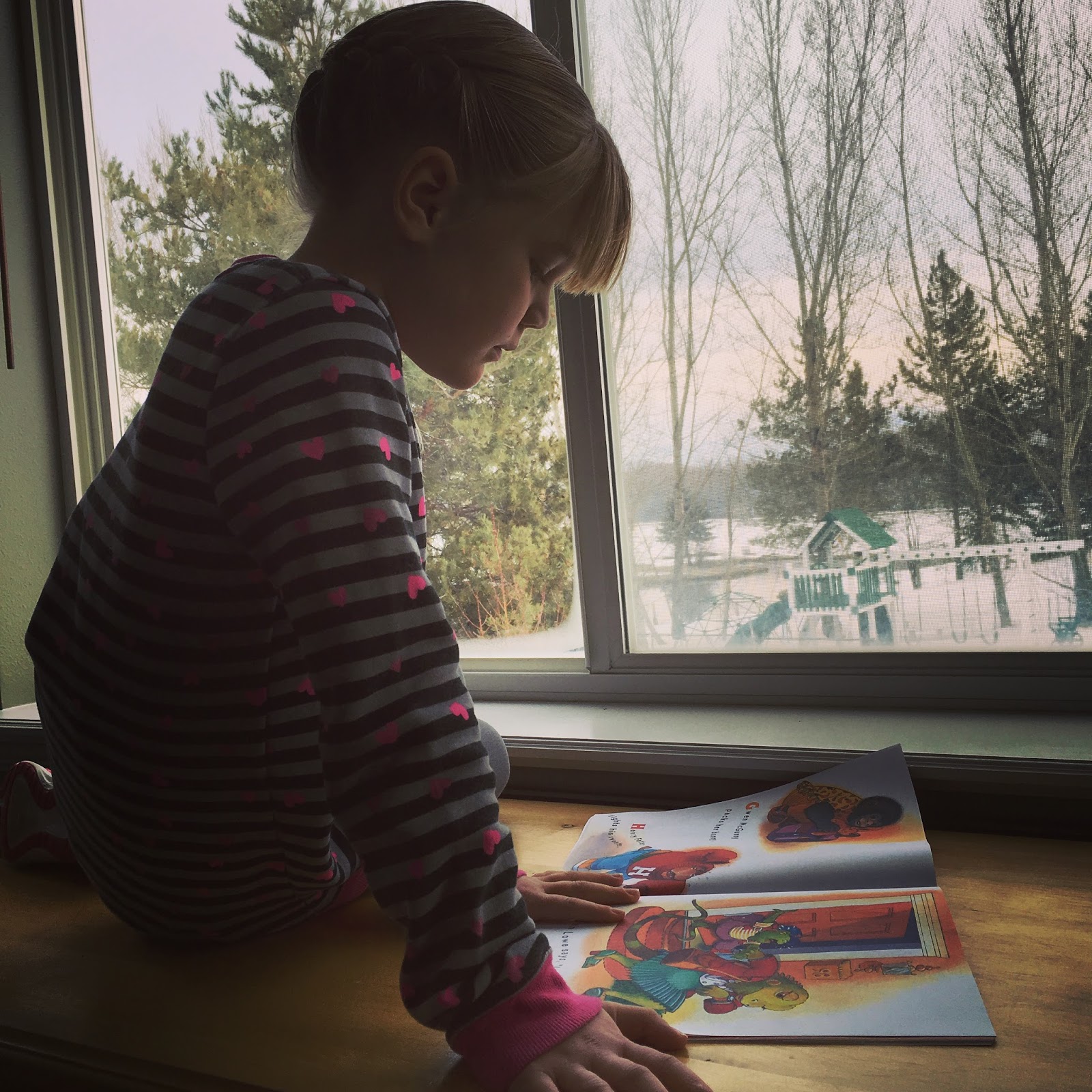 This is a summary for McKenna from 6.75 years old to 7 years old.

I swear, if I said the sky was blue, she would argue it. And I know it could be argued technically, but she doesn’t know that.

It is kind of like she got her Kindertude as a first grader instead of a kindergartner. I don’t want to squash her free thinking and I like that she has confidence in herself. But you can’t argue with your

parents about every instruction ever given. Nope.

Eating is normal. The end of this period she became ravenous. I am guessing growth spurt is happening.

Sleeping is good other than I really think she needs more sleep than she is getting. She has always been a high sleep needs person. The trouble with her sleep is that she shares with an older sibling. If that older sibling goes to bed later than McKenna, McKenna will make sure she stays awake until Kaitlyn is in there. She would probably prop her eyes open with toothpicks if necessary (and if they were available in her bed).

She really should be sharing with a younger sibling (aka Brinley). But those two girls are my party girls and I don’t think it would result in more sleep in reality. In theory, yes. Reality, nope. Who knows? Brinley does follow rules in a literal way and McKenna is used to sharing. But I would not change it up during the school year. So that is a thought to entertain for a bit.

Playing is good. She loves to be very physical and active. 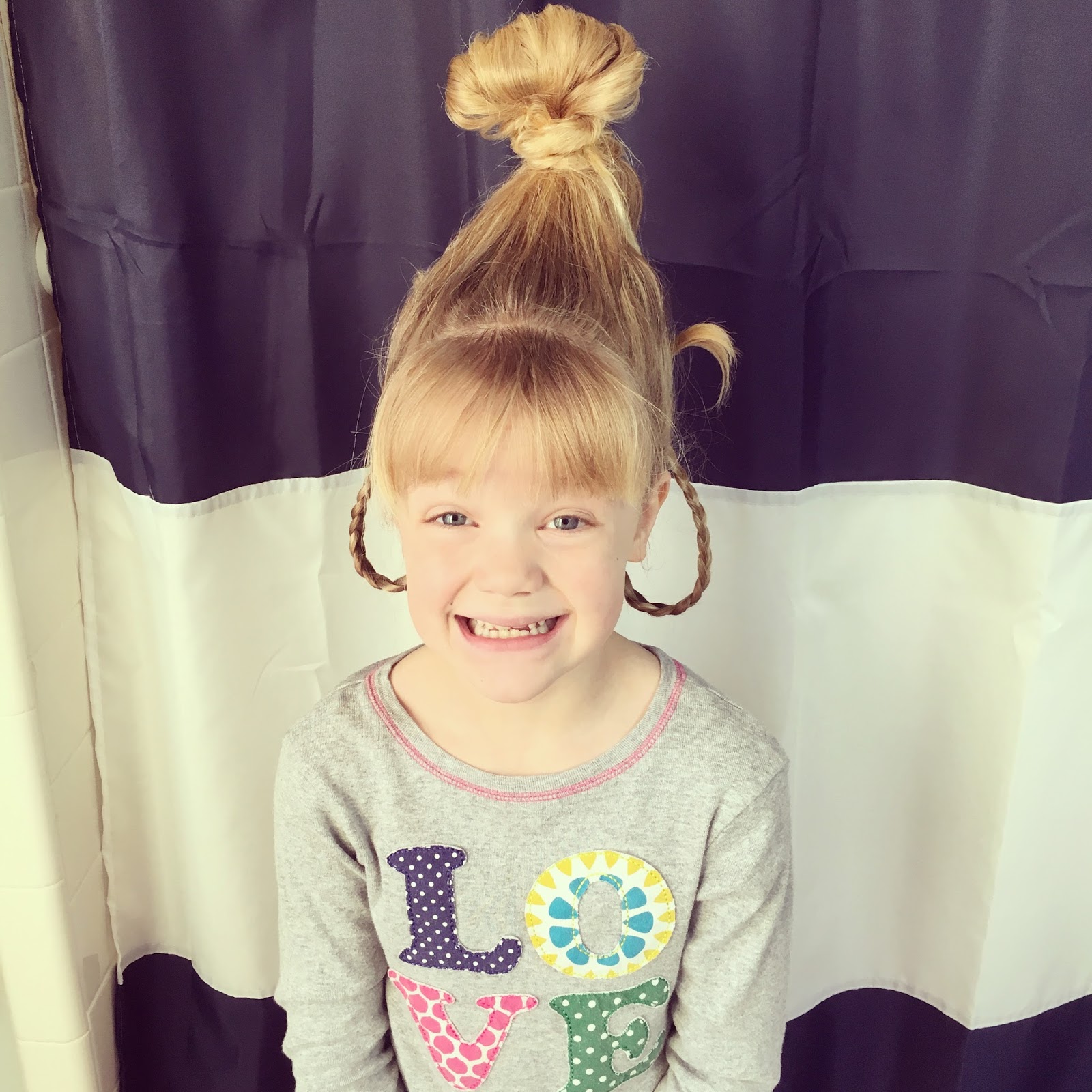 School is going well. McKenna has a cute little friend who has had a few surgeries this year. She just got to be friends with this girl this year. McKenna and the girl are opposites in many ways personality-wise, but they have become great friends. McKenna definitely feels a sense of protectiveness over this girl. McKenna will often volunteer to stay inside and do recess with this friend inside instead of going out, which really is a big deal for her because she loves being active so much. I love her sweet heart. She has her difficult lawyer moments, but her heart is always kind and she is always willing to sacrifice to help others be happy. And I don’t think she even looks at it like a sacrifice in the least, which makes it even better.

A common thing I hear about McKenna at school is that she always lets everyone play. She won’t let people be left out. She and Brayden are similar in this way; they are not afraid to stand up for what they feel is right. They won’t sit by and watch rules be broken. If you break a rule in their presence, they will be sure to inform you about it. 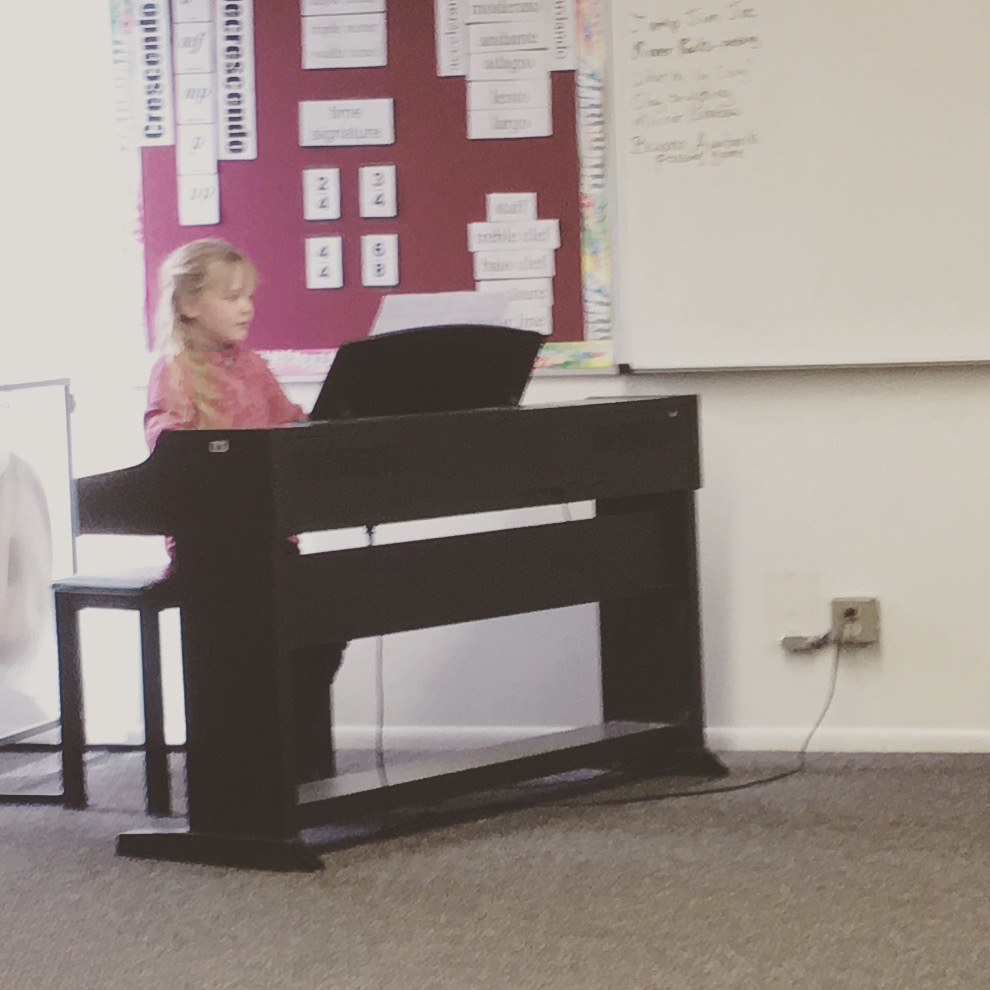 McKenna played basketball for her first time during this time period. McKenna is very tall for her age and very muscular. She is naturally quite athletic. But she isn’t very aggressive at this point. She is all about the fun and doesn’t even have a clue who is winning the game.

She started basketball off slow. By the end, however, she was scoring and had improved a whole lot.

McKenna still did piano during this time. She loves to play. She is one who will just sit and play often and throughout the day.

We did some swimming lessons, but we didn’t do it a whole lot during this time period. They were hit and miss.

She still takes her gymnastics and cheer classes.

She also did the musical. She loved that. Not all young children love to practice much–we have kids who come only once a week and feel like they are being tortured. But some, like McKenna, come twice a week and soak it all up. 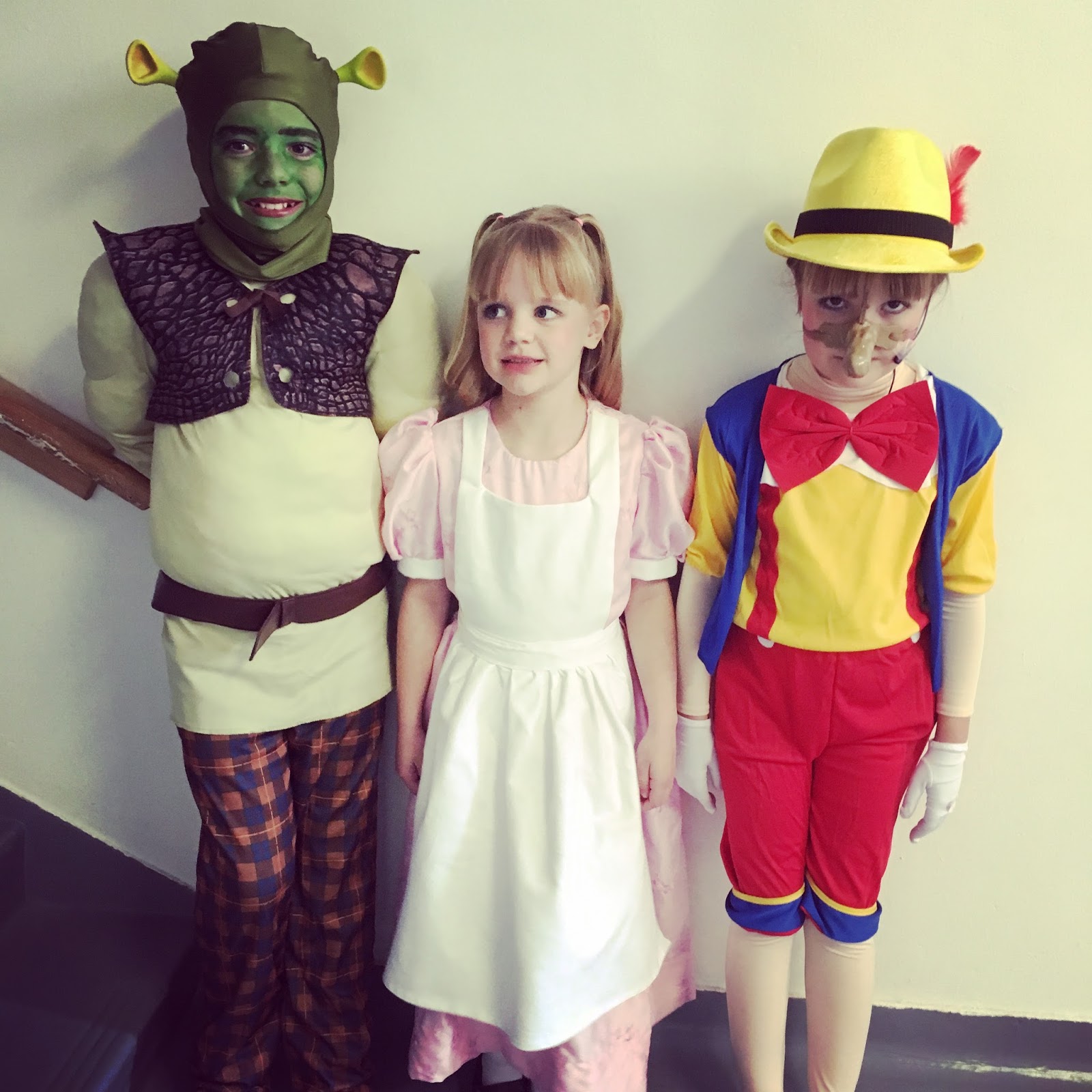 McKenna had this strange thing happen. She complained of not feeling well. She had a low temperature. The fever would come, then go, then come, then go. She was the third child to get a fever in a short time, and the others were over it in a matter of a day or two. My husband had the fever first and had it just for a day.

But McKenna’s wouldn’t leave. It would jump up and down all day (with no medication). It would go from 99 up to 104 and everywhere in between. After 5 days, I finally decided to take her to the doctor.

I didn’t take her sooner because quite frankly I learned as a new mom that nurses don’t like to book appointments for your child to see a doctor with a fever unless it has been at least three days. So I waited three days, day four was the doctor’s day out of the office, then we went on day five.

He suspected influenza. Her ears were good, throat was good…he tested her for the flu but said there is nothing you can do at that point–you have to treat in the first couple of days (which makes me think, we shouldn’t get pushback for trying to make appointments sooner than day 3 of a fever–we being moms).

The test came back negative anyway.

The next day she was good. I kept her home from school since she hadn’t been fever free for 24 hours yet.

The next day she was still good. She played and played all day. Then in the late afternoon, she randomly and without warning puked (luckily it was all outside and easy to clean up).

The fever came back that evening.

The next day she stayed home from church.

Monday, she still had a fever. We were going on day 8 or 9 at this point. She had missed a full week of school already. I took her to the doctor again.

This time we did more tests. He started with a urine test for a bladder infection. Negative. Next was a chest x-ray.

That was it! Pneumonia! She wasn’t even coughing! I wasn’t aware that you can have pneumonia and not be hacking. When I had it, I coughed so often I rarely got to breathe. But she was super lethargic and tired.

The doctor wanted her on antibiotics for 24 hours and fever free for 24 hours before going back to school, but said she might not be ready even then. McKenna’s teacher was fabulous and offered to face time with her for key parts of the day (phonics, reading, and math).

The cough started later that day.

She started feeling better very quickly. She qualified for school Wednesday, but she was still exhausted. I understood because it took me 6 weeks after I was fully better to have my energy post-pneumonia. She also was coughing more and needed constant water and candy to suck on to not cough. Not great for school. So we did homeschool for a week. We would facetime in, then work on stuff, then facetime in, then work on stuff…we needed to practice for the first grade play coming up and we had her self-starts and spelling worksheets…it was an all day event. Brinley had to spend a lot of time being totally quiet because of facetime going on.

McKenna was not ready to go back Thursday. She was still sleeping a lot. She also started eating a ton. She hadn’t eaten much for two weeks (she lost a few pounds, which is a lot on a child! She was noticeably much thinner). She basically ate every minute she wasn’t sleeping. So I figured it was best for her to be home so she could just eat and eat.

Fridays are short days for us, so we decided to send her back for a short day. I told her she could come home early if she needed to. Fridays are also her test days so it was good for her to go and get her tests all taken. She lasted through the day and never looked back!

McKenna has gotten into Ella Enchanted

this last bit. She also had fun with the Rainbow Fairy

SCHEDULE
Here is our typical schedule on a school day.

GOOD BOOKS
This list contains affiliate links. This does not increase your cost at all.