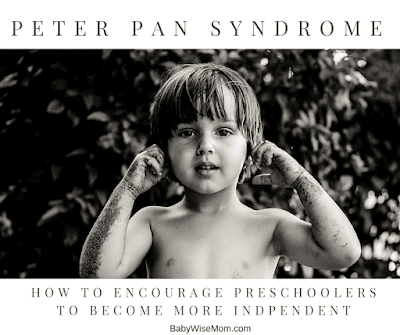 “No! I won’t turn four. I am free!” Brinley emphatically exclaimed. She loved being three and loved being young. And yet. Yet she wanted to be independent. She wanted to “do it myself.” She could feel her dependence on me slipping away, and it both scared and excited her at the same time. I could call this “Jekyll and Hyde Syndrome,” but I will instead dub it “Peter Pan Syndrome.”

But also a nerve-wracking time. Just like Peter Pan, these little ones often find themselves fighting against the idea of growing up. Brinley emphatically insisted she would never be anything other than three again. Also like Peter Pan, these three year olds have an imagination that is unbridled. They live in an enchanted state where deem themselves to be good at everything and can imagine whatever world they want to exist. They are carefree for the most part and literally stop to smell the roses often.

But of course Peter Pan wasn’t just all fun and games, and neither are three year olds. Every so often, Peter found himself at Wendy’s window to listen to stories. There was a draw to this motherly figure of Wendy and this responsible life the Banks children lived.

In a similar manner, three year olds have a draw to taking on more responsibility. They don’t want to grow up necessarily, but they do want the privileges that come with growing up. There is a sense of accomplishment that comes with the skills a three year old develops, and it makes them feel good to reach those milestones.

You might be thinking, “That’s all very nice and good. What do I do about it?”

You might also be thinking, “My child does not fight against growing up.” An oldest child often won’t show as much resistance to the growing up. In fact, an oldest might try to grow up too quickly. There can still be anxiety over the growing up process, however.

Back to what you do about it.

Don’t Push Too Hard
If you have a three year old emulating Peter Pan and declaring she won’t grow up, give her some time. If I told Brinley she was a big girl, she declared that no, she was a little girl. I backed off the big girl statements. Over time, she started wanting to do things the big girl way. I let her cruise at her pace without requiring her to embrace a “big girl” status in general, and now she often starts sentences like, “Mom, remember when I was a little girl and…”

That is a funny phrase coming from a three year old.

You Might Have to Push Some
Instead of saying push, let’s say “encourage.” Here is an example. A standard milestone a three year old should reach is the ability to dress and undress herself. Brinley has naturally done most of this step on her own by virtue of loving to play dress up. There is one area she was not getting, and that was taking a t-shirt type of shirt off by herself. She couldn’t do it and she refused to try.

I didn’t push it for a long time, but she is two months shy of four and it is really time she just do it. One day recently I told her she needed to take her shirt off by herself. She got the drama face on and said she couldn’t do it. I assured her she could. I talked her through it. She was dramatic about it the whole way through, but as soon as she got it off, she burst into giggles and was so pleased with herself!

So I didn’t push her to just become a big girl all at once. I let her warm up to the idea. I let her request certain things. And there were other things I have had to push. This might seem like letting the child parent, but we are talking about a three year old not wanting to grow up too quickly. You can take things slowly and let the child grow to accept and even embrace the idea of being a big kid. How do you do that?

Point Out Privileges that Come
You get children excited about accepting growing up by pointing out the privileges that come with being a big kid. Oldest children inherently recognize those privileges and usually want to be like their parents, anyway. That is why you often don’t have trouble talking an oldest into embracing “big kid” tasks. You usually have to talk them into holding on to childhood longer. 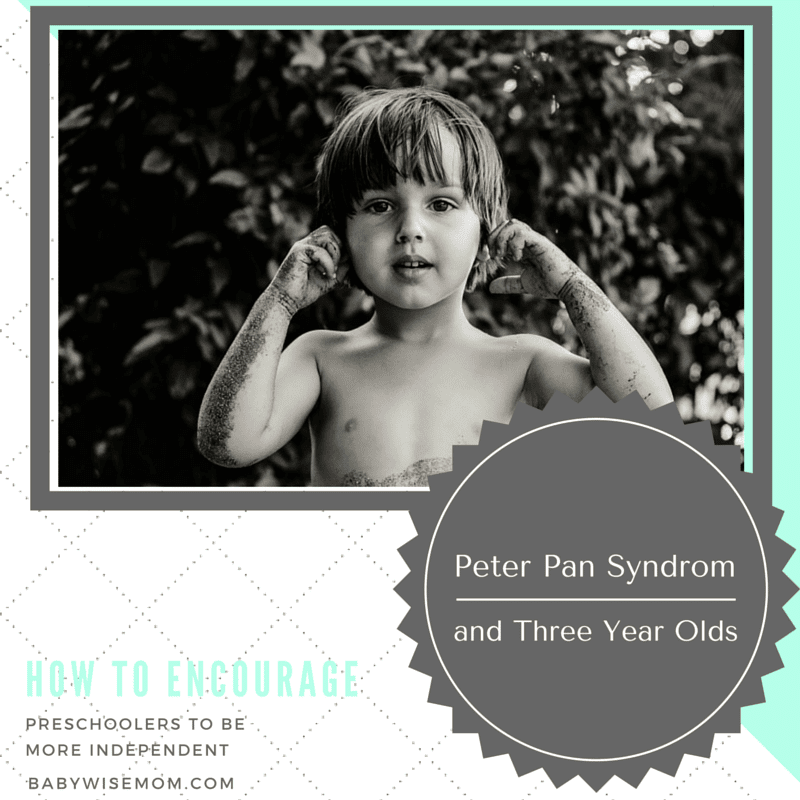 Do not allow your child the privileges that come with taking on more responsibility without taking on the responsibilities. Is it harder to take your shirt off by yourself? Yes. More effort is extended that way. So your child might not have motivation to do it.

Allow for Mistakes
A huge part of learning a new skill is making mistakes. There will be many spills, for example, when the big kid cup first comes out. Be smart about how much liquid you put in the cup. You might even start with just water at first. Be patient with the mistakes and mishaps as they come. If you make a big deal over them, your child can become hesitant to take on new tasks for fear of you getting upset when the inevitable mistake happens.

Conlusion
“I won’t grow up” may be your child’s favorite song right now, but with some patience and gentle prodding, your child will soon start sentences, “Mom, remember when I was little and…”