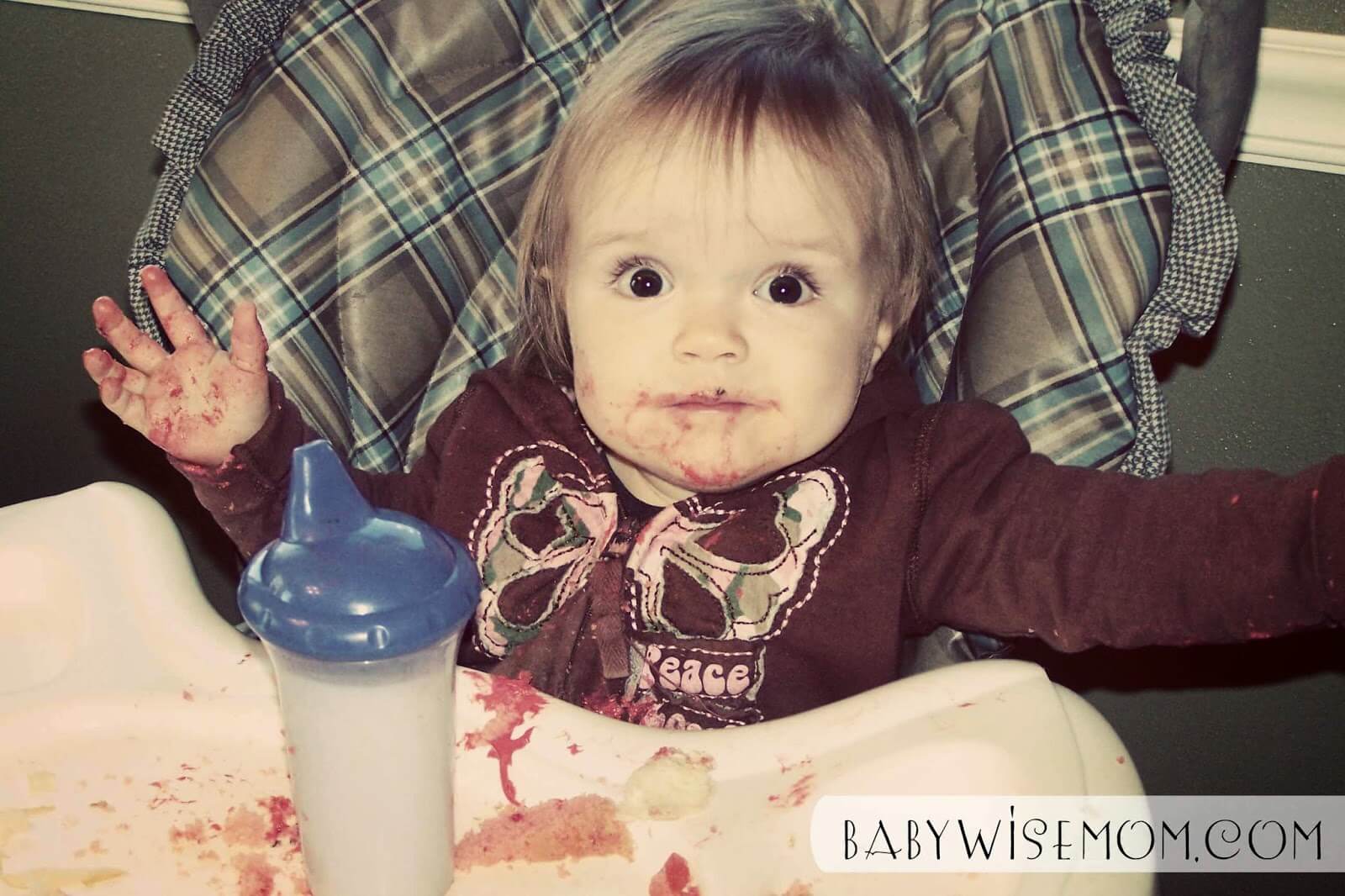 The pre-toddler age range is typically the beginning of a stressful stretch of time when it comes to food and your child. Your little one has been eating finger foods at the table for several months and will basically try anything you put in front of her. You congratulate youself on a job well-done on creating such a good eater.

Then she turns one.

One day, your little one declares she is “all done” after taking fewer than five bites at a meal. You worry she is sick! You also might be facing sippy cup battles, worrying about milk intake, spoons, a sudden dislike of certain foods…

A huge relief can come if you know what to expect, so let’s remind ourselves of some things to expect. If you know what’s coming, you can better handle the changes that are coming.

Right around a year, most pre-toddlers slow their food intake significantly. Enough to scare you. Your baby was growing super fast, and at one year, that rate slows, as such, the food intake slows. What to Expect the Toddler Years

(affiliate link) says, “If if your toddler continued consuming calories and gaining weight at the same rate sh did in her first year…she’d weigh as much as a fifth grader before reaching her second birthday” (page 14). This book also points out that in your child’s first year of life, she gains as much weight as she does in the next four years combined.

That is why you can have children two years apart who are very close to the same size so far as weight and height go (like me).

So don’t stress–a major decrease in food intake is all normal.

Another normal thing is for your toddler to not eat much at some meals and then eat more than you think should fit in the tummy at another meal. Sometimes they get on a “breakfast” kick, switch to a “lunch” kick…and sometimes they are random. They can go days living off of 10 bites per day, then suddenly eat a whole lot.

One thing is for sure–do not expect your toddler to eat an equal portion at each meal of the day.

Keep in mind nutrition is about averages (On Becoming Pre-Toddlerwise

page 57–affiliate link). You might get all of your fruit servings for the day in one meal. I have even heard a nutritionist say you can think of it on a weekly basis rather than a daily basis. So you could get three days worth in one day.