Proactive and Directive Parenting. How to direct your child to do right behavior before he or she chooses to do something they shouldn’t. 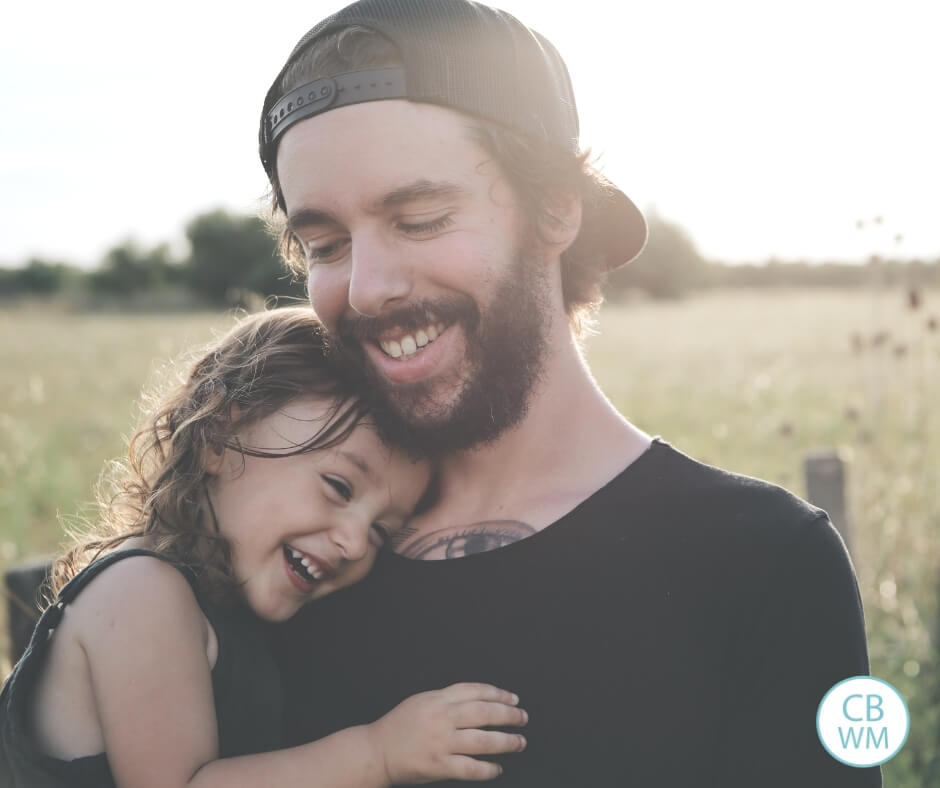 In On Becoming Babywise II, we learn that parenting should be proactive and directive rather than reactive and restrictive (page 57). What this means is that you should direct your child in what is right to do before she does something she shouldn’t. When you wait until after she has done something she shouldn’t, then you have to restrict that behavior.

What is Proactive and Directive Parenting?

This doesn’t mean that for your 7 month old you sit down and give a lecture on what she can and cannot do. That would probably lead to you trying to delve into the moral reasoning behind a situation, which your 7 month old definitely is not ready to understand.

This means that you try to think of things she could do that she shouldn’t and train her to do something else that will prevent the behavior from happening. An example in the book is where to put hands during mealtime.

The proactive approach is to have a specific place for your child to put her hands.

Children respond much more successfully when you tell them what they can do rather than just what they can’t do. Just telling the child, “No hands in your food” leaves the world too wide open for them.

Even Brayden now, at 3.5 years old, responds much better to, “You can’t do X, but you can do Y or Z.” Children do not have the experiences that we do as adults to tell them, “If X is bad, then I shouldn’t do W either, but Y or Z should be acceptable.” They need to know what to do with themselves. 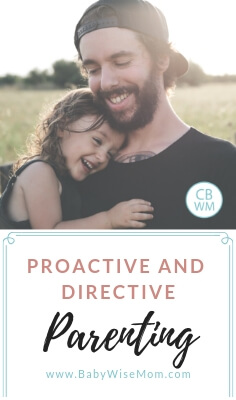 There are going to be times, despite your best efforts, that your child does something you never even considered a possibility. In that case, you will be taken by surprise and have to react to the situation.

If you have been directive where you can, then this shouldn’t be a huge problem. You might even be able to pull from other directives you have given and apply them to this surprise.

Even if the child isn’t your first child, subsequent children can take you by surprise. Each child has her own personality. But you do get better at spotting potential problems the longer you have been a parent.

I know it can seem crazy to direct a 7 month old in such a manner. She seems so young. But she isn’t too young to be trained and directed to behave in the right way. The more training you do early on, the less training you will have to do in those toddler years. Trust me that a 7 month old is much more compliant than a 17 month old.

4 thoughts on “Proactive and Directive Parenting”