Screen time can be fun. It can be helpful for mom on rough days. Screen time needs some balance, however. This post outlines four rules to help you have a balanced screen time approach in your home (and why you want to do so).

When we first moved into our current house 7.5 years ago, we had no television hook up. Antenna service wasn’t fantastic in our area then. Satellite service was so very expensive. Cable service was not an option in our neighborhood since a contractor cut the main line when building one of the homes. So we did without for about six months…until American Idol started up and I needed television access.

Those were a great six months. It was haaarrrddd at first. We were all used to our short but daily television time. Brayden and Kaitlyn didn’t know what to do at first (McKenna was still a baby). They figured things out, though. They found things to do and managed to have an enjoyable six months despite the lack of television in their lives.

Despite our enjoyable hiatus all those years ago, we do allow screen time at our house, though our children do not have free reign with it. We have limits. I am trying to teach them balance. We live in a world filled with technology. I want them to learn to meter screen time and use it wisely.

We have been raising a voyager generation over the last ten-ish years. Our children are the first to grow up with access to screens everywhere. Screens are becoming more and more present in our lives. Even many restaurants are cutting back on waitress time and replacing that interaction with a screen. We have to figure out how to teach our children to learn to balance technological presence in their lives while simultaneously trying to do the same in our own lives.

“The uncertain reality is that, with this new technological frontier in its infancy and developments emerging at a rapid pace, we have neither the benefit of historical hindsight nor the time to ponder or examine the value and cost of these advancements in terms of how it influences our children’s ability to think.” How Technology Changes the Way Children Think and Focus

We don’t know all of the impact technology has. I do not feel technology is all good, nor do I think it is all bad. I think we can take it either direction. I am a believer in the axiom “moderation in all things,” and so at our house, we have moderation when it comes to technology. Here are some rules we have in our home for balancing screen time.

Some children (and humans) might be able to have free reign with no rules or limitations with technology and not spend most of their free time with it, but most cannot. They need limits. I don’t use the term “need” lightly. They NEED limits. Need. You cannot let your children have free reign and unlimited access to screens.

The impact of television and other technology on people is an old debate. When I was in college, I worked in the writing center tutoring students through their required English 1010 and English 2010 classes. In 2010, they were required to write a paper defending a topic. One of the most popular topics covered was if television was harmful or not. The thesis statements came down on both sides of the issue.

I stand firmly on the side that says television (and other forms of screens) impacts you. Screens impact you. Since my college days, more and more studies have come out to support that thesis.

“Many parents intuitively understand that ubiquitous glowing screens are having a negative effect on kids. We see the aggressive temper tantrums when the devices are taken away and the wandering attention spans when children are not perpetually stimulated by their hyper-arousing devices. Worse, we see children who become bored, apathetic, uninteresting and uninterested when not plugged in.

But it’s even worse than we think.

We now know that those iPads, smartphones and Xboxes are a form of digital drug. Recent brain imaging research is showing that they affect the brain’s frontal cortex — which controls executive functioning, including impulse control — in exactly the same way that cocaine does. Technology is so hyper-arousing that it raises dopamine levels — the feel-good neurotransmitter most involved in the addiction dynamic — as much as sex.” source here

Did you catch that last paragraph? Read it again. “…in exactly the same way that cocaine does.” Technology needs limits. NEEDS. Needs.

At our house, our children get three hours of video game time a week (if they don’t pass of piano songs, they get two hours instead. I tell them that is how they can find the extra time to practice their songs to the point of passing). Yes, I said week. I know numbers show some children have more than twice that in a day. We are week.

They get maybe one hour of television a week, though we don’t have hard-drawn rules. Most weeks, it is zero. This is different for Brinley, though. She gets an hour a day.

They might also watch one movie each week on the weekend.

We have exceptions. This past weekend, the Steelers played a football game. The Steelers are my kids’ team. They watched the game. I didn’t turn it off after an hour; they watched the whole thing. So have rules, but don’t be afraid of making exceptions in either direction. More on that below.

Take a Break When Needed

Even with your limits, you will find times when your children seem overly addicted and obsessed with technology and need a full on break. I call this a technology fast. I find this need especially true for my children in extended periods of bad weather. For example, right now, we have had feet and feet of snow in just 2.5 weeks. We have had three snow days from school when there hasn’t been one in 15 years. Our area is used to snow, but this is a season’s worth of snow in a couple of weeks.

Just yesterday, I told my husband I feel like the kids need a full on break from technology. They have limits. They know their limits. Even so, they ask for extensions. They ask for more. We decided that next week will be no screen time week for our kids. A technology fast.

My kids know it is coming and they are totally on board and supportive of it. They can tell they are feeling obsessive. They don’t like the feeling and want to break the cycle. They also know why we are doing the fast. It isn’t a punishment. It isn’t because we are mean parents. It is because we love them. We have explained our reasoning for having technology fasts and they get it.

“…your kid’s brain on Minecraft looks like a brain on drugs. No wonder we have a hard time peeling kids from their screens and find our little ones agitated when their screen time is interrupted. In addition, hundreds of clinical studies show that screens increase depression, anxiety and aggression and can even lead to psychotic-like features where the video gamer loses touch with reality.” source

I find it imperative to take these breaks from technology from time to time. This following quote helps me hold my position:

“In my clinical work with over 1,000 teens over the past 15 years, I have found the old axiom of “An ounce of prevention is worth a pound of cure” to be especially true when it comes to tech addiction. Once a kid has crossed the line into true tech addiction, treatment can be very difficult. Indeed, I have found it easier to treat heroin and crystal meth addicts than lost-in-the-matrix video gamers or Facebook-dependent social media addicts.”source

No Screens In Bedrooms 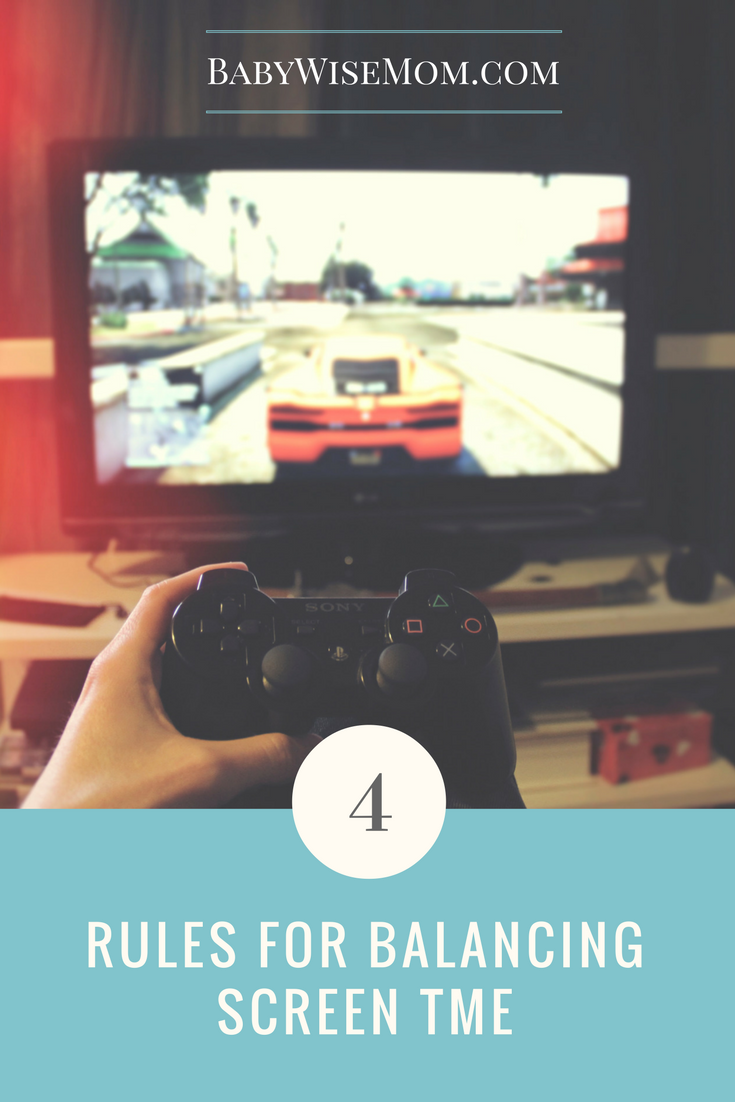 I talked about this in How to Establish Safe Media Standards For Your Family; do not allow screens in your child’s bedroom. Have a place electronics are stored each night. This protects your child in many ways. For the purposes of this article, it helps protect your child from spending too much time with screens.

The potential for addiction is real. We need to be mindful of that. Some days, however, we might allow our children to indulge heavily in screen time. Those are not days to be guilty over! You might be sick. You might have a newborn. You might be trying to get some project completed. You might be in major need of a break. It is okay to have the occasional day that breaks your limitations. Make these days the the exceptions and it is okay to use them when you need to.

Technology can have its place, and can even have its benefits.

” Research shows that, for example, video games and other screen media improve visual-spatial capabilities, increase attentional ability, reaction times, and the capacity to identify details among clutter. Also, rather than making children stupid, it may just be making them different. ” source

Despite the benefits, you can have too much of a good thing and striving to have balance in your home is wise. There are harmful impacts of too much screen time, and those impacts are becoming documented. Be intentional with your days and with your rules. Roald Dahl recognized the damage of too much television when he wrote his book Charlie and the Chocolate Factory. What was true for Mike Teavee all those years ago is true today. Plus, you’ll get no commercials.

The ladies of the Babywise Friendly Blog Network (BFBN) are all talking on screen time today. Check their posts out: