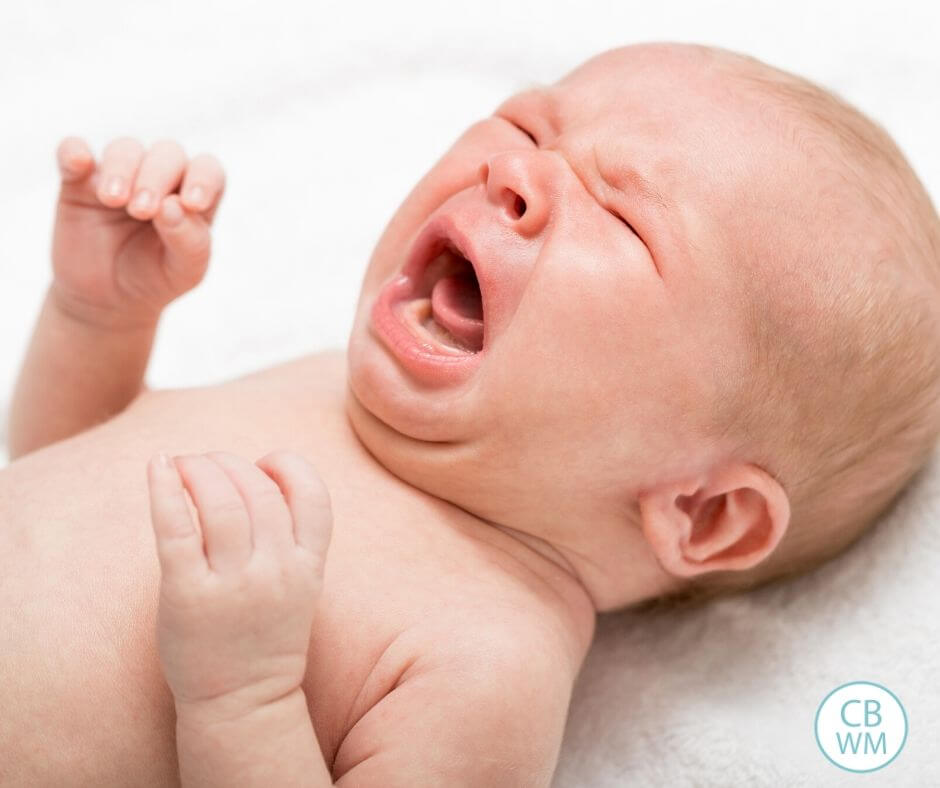 So your little bundle of joy seems less joyful and more fitful? I bet colic was never included in your visions for what life would be like in the early days of bringing home your new baby. Having a newborn at home is challenging and requires major life adjustments, so throw in a dash of colic (just for fun!) and you are in for quite a ride. The bad news is you can never really fully prepare for it. The good news is that you can manage it and there is an end – even when you are certain that there surely is not. 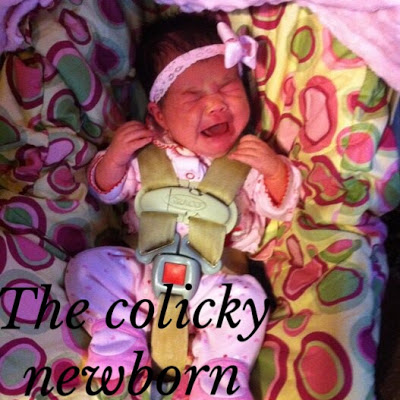 When my 2nd daugther was born, I was so confused. All she did was cry. It wasn’t a sweet little muffled fussing. It was an angry, loud, ear piercing, heartbreaking scream. I had never heard that kind of crying from such a tiny being, and I couldn’t seem to ease her cries no matter what I tried. I was easily put out by it, and frustrated that nothing I could offer her would help her to find comfort. The poor pediatricians office knew my voice on the other end of the line because I think I called them 589839045 times per day, as I just needed an answer. A reason for the constant crying would have been so good for me in the way of being patient, but there is no real answer for colic. The jury is still out on that one. Finally, the doctor looked at me and said, “Your daughter isn’t broken, she seems to suffer from colic”. The doctor said there are several theories about what causes colic, but really its just nothing more than unexplained fussiness in otherwise very healthy infants. 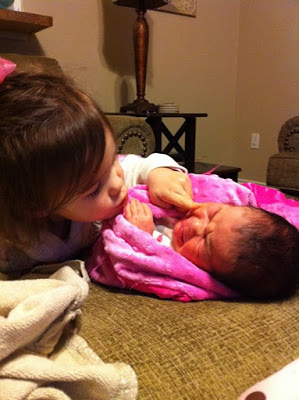 He explained that colic is usually ruled by 3. It begins to really be noticeable by 3 weeks old. Babies who suffer from this are usually crying for 3 hours a day at LEAST 3 days a week. It is most commonly phased out by 3 months of age. He mentioned to me that colicky babies are very hard to calm down when they are having their “colicky fits”, and they often seem to be in extreme pain due to gas. He of course went on to encourage me by telling me they have a hard time settling down for sleep. He said nap times will likely be inconsistent and hard to come by. When she was 7 weeks old, I will never forget, she was awake for 6 hours straight and cried for the entire.6.hours. I was ready to give up on motherhood all together that day. He assured me that there was no medicine or magic potion that would heal her from it. She simply had to live through it until she grew out of it. 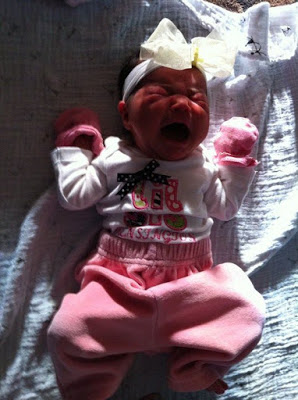 How to manage: Just survive somehow (JSS for you Walking Dead fans!)

I knew prior to having my 2nd daughter that we would be implementing a babywise schedule with her as it was wildly well received by our 1st daughter. I am so thankful that during my 2nd daughter’s difficult time with colic I had a schedule that I could use as my “baseline” for the day. Its likely that with a colicky baby, no two days will really look the same. It is difficult to truly implement a real routine with a baby who is dealing with colic – but I remember how I prioritized still offering the schedule I would want ideally (with a non-colicky baby) for her. I kept in mind appropriate wake time lengths and offered naps each day at the same time. Whether she took me up on them or not, I still went through the motions. This paid off insanely well when the colic was waning and she was more joyful that fitful. I was shocked at how she responded to the schedule so well as she began to outgrow the colic fits. Most days, I just had to make do with what I got from her, but she fell instantly in line with a healthy routine once the colic had passed her by.

During the difficult days, I googled everything and tried all the tricks. Yes, I even made my daughter a bottle of onion water bacause I read that would ease any tummy troubles she was having. I dipped her pacifier in all kinds of herbs. This was before the essential oil craze, but don’t you know I would have been all over some essential oils for her if I would have known about them. We did gas relieving exercises about 100 times per day. I ate chicken, turkey, bread and drank only water as to make sure my milk was not the culprit. If there was a tried and true trick, trust me, I tried it. I don’t know that any of those things actually helped her, but knowing I was trying everything under the sun for her helped me and so I needed too. 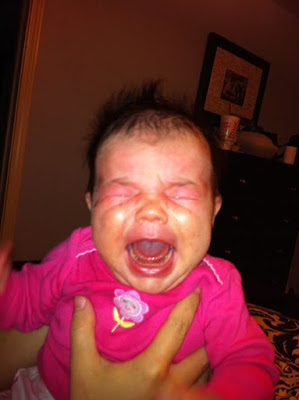 Harvey Karp’s 5 S’s were very helpful to us during those weeks. She did seem to be more responsive to the swaddling, sucking, shhhhing, swaying, and being her on side the older she grew. We practiced all of these techniques with her, and even if it wouldn’t *always* help her to sleep, it would help her crying to be a bit less.

Finally, I had to be ok with breaking some of the rules that I would normally have followed. I had to let her sleep where she could. I wore her a lot for naps in her fussier days. I had to be ok with a less than perfect schedule and work with the naps that I could get from her. I used this sleep hierarchy from the one and only babywise mom for reference all the time.

I was not aware of the wonder weeks, or developmental leaps, that babies all go through when my 2nd daughter was born, but I certainly could have used that information to ease my own nerves during her early days. I was so grateful to have learned about them with my 3rd daughter – and I would highly recommend following those for your baby, colic or no colic alike!

It was a long 13 weeks with our sweet girl. I questioned everything I thought I knew, and my heart ached when I couldn’t be a true source of comfort for her. I had to look further into her eyes to find a solid connection with her, and I was so unbelievably thankful for the nursing relationship I had with her. It was the ONE thing I could provide her with that would seem to please her and I held onto that with extreme gratitude and still think back to that time with sweet memories. I had to take small joys and make them big to get through her colicky stage and tweaking my perspective to anything good and sweet with her made a large difference for me.

It ends. It really does.

It hs been just shy of 6 years since colic rocked our home. I always say it stays a fresh wound no matter how much time has passed, because it causes quite the memorable uproar for families. While you are in the middle of it, it consumes you and time seems to just creep by. Take heart, mama. It will fade into a memory soon enough. Its painful to walk in the middle of it,  I know, but I have been on the other side of colic now for over 5 years and she is a happy, and healthy, obedient, smart kindergartner now. Almost daily, this child who gave me some of the most difficult days I can remember, makes my heart burst. It will end, but until then be patient with yourself and your precious, fitful one.

Shea is the mom of 4 girls ages 8, 6, 4, and 2. She has practiced babywise philosophies in her home with all 4 of her children and believes wholeheartedly in helping her children learn to appreciate the value in restful, restorative sleep.