Why I Hate the Concept of Everyone Wins. How everyone winning leads to everyone losing.

Everyone is a winner. Participation trophies. Everyone wins and no one loses. I get it. I really do. I understand why people, especially parents, like the idea and concept of everybody wins. Everyone gets a trophy. No hurt feelings. No losers. We don’t want to squash the ambitions of children. If they lose, they might give up and never try again. Let’s just play for fun, not keep score, and keep everyone feeling good and happy. 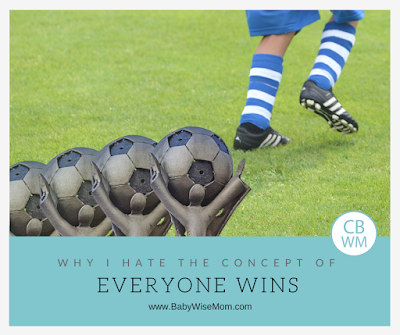 Yes, I understand the appeal of that idea. But I think it is wrong. I even actually hate it.

This is of course when I step back and remove myself from the situation emotionally. Do I hate to see my child lose? You bet. I have seen my kids give something everything they have and still not come out on top. That is crushing. It crushes them, and only a parent understands the fact that we hurt even more than our kids do when they are hurt. We want to take that pain away from them. We want to protect them and preserve their innocence. We do not want to crush their spirit nor deter them from sticking with something that could be a real talent some day.

But I have to look at my job as a parent from what I like to call an eternal perspective. In the grand scheme of life, of eternity, what is best for the child? What can I reasonably do long-term to keep up this everyone wins farce? What life lessons need to be learned while my child is a child rather than in adulthood? Will life protect the child in the same way I want to forever? What does my child need to experience to go on and live a fulfilling life as an adult?

My child cannot win at everything. My child needs to know that sometimes, you fail. Because in life, my child will fail. My child is a human and imperfect. Failure will come. My child needs to learn how to handle that failure. I don’t need to protect my child from failure; I need to guide my child through failure. My child can learn more from losing than from winning. How you respond to failure is what shapes your future.

If I am afraid of my child failing or losing so much that I pretend it never happened and hand him a trophy for last place, how will he feel when the day comes he realizes he failed? Will he feel ashamed? Confused? Paralyzed? Anxiety? If I give a trophy for losing, I show my child that I am not okay with loss, failure, or mistakes. We must make it all look pretty and perfect and pretend the bad never happened. That does not teach a child how to manage a failure when it comes in life (and it will come).

I want my children to know that failure will come. That failure, mistakes, losing are all okay. That is a normal part of life. It is something to work through and improve upon, not hide from and bury down. When a loss or mistake happens in my child’s life, I want my child to be emotionally fortified to face that disappointment, know it is normal, and move forward.

Failure comes in all forms, including sin. I absolutely do not want my children to feel like they need to hide sin. Sin will happen, and my children need to know how to work through it, rise above, and improve upon themselves.

A harsh truth in life is that sometimes you give it all you have and you still don’t come out on top. Sometimes you train well and run your hardest, but you still don’t win the race. One fall season, McKenna’s recreation soccer team lost all but one game. They practiced regularly and played hard, but still lost. Those are hard seasons, but a lot of great lessons come from them. One great lesson that comes from losing is empathy. When we feel left out, we know what it feels like to be left out and try to be inclusive. When we lose a game, we know what it feels like to lose and can be more gracious winners.

Kaitlyn has been playing on a competitive team for three years. Her first year, her team lost most games. They worked hard over the summer and came back and won almost every game that next season. The next season, they were moved up to play against girls two years older. They lost to every one of those older and bigger teams. But as players, and as a team, their skill and ability grew much more than it had against the teams they were beating every time. Sometimes loss is your best friend.

I have seen my children work really hard at something, think they are giving it all they have, and not win. Upon reflection, they realize they didn’t actually give it everything. They could have done more. So they do. They work harder and get even better. They become better than they would have been if they had been given a trophy for trying and sat comfortably believing they had done all they could, when in reality they had more to give.

I have been writing this post in my mind for several years. I have done research on the topic. I have read the opposing side. I understand that participation trophies come from a place of concern and love. But I have read about the negative impact the “everyone gets a trophy” culture has done to people as they have entered adulthood. Participation trophies do more harm than good:

“Studies have shown that rewarding kids just for participating can have a negative impact, producing a self-obsessed, irresponsible, and unmotivated generation of false achievers. At the far end of the spectrum, inflated self-esteem has been found in criminals, junkies, and bullies, which is supposed to have been what the self-esteem movement was trying to steer children away from.”

The authors of one of my favorite books, Nurture Shock, stated:

“The science is clear. Awards can be powerful motivators, but nonstop recognition does not inspire children to succeed. Instead, it can cause them to underachieve.” Losing is Good for You

Look, kids are smart. They learn to count before they enter Kindergarten. They have eyes and can clearly see the quality of work done by both themselves and their peers. Most kids know who won the game, even if the adults didn’t keep score. They know if they didn’t win and they know if they did. They know if they are good at something or not. Telling the winners everyone won and the losers they won, too, doesn’t do any group a favor. It leaves both ends of the spectrum unmotivated to do more.

Several years ago, I read an article in our local paper discussing an alarming rise in antidepressants needed by college students at our local university. College kids were having more and more anxiety and mental issues. A physician interviewed at the university hypothesized it was because these students had never learned to fail. They had always been told they won, and guess what? College isn’t like that. It shouldn’t be because life isn’t like that. Work isn’t like that. You have to earn promotions, not just show up and sit there. Even more concerning to me now, several years later, is that parents are now showing up at the university to fight their college aged students battles for them. If the kid doesn’t score well enough on the test, mom literally shows up in the professor’s office. Mom!

I know on some level, we step back as parents and really want to protect our children on all levels. No emotional pain. No physical pain. No disappointments. No friend problems. No bad choices. We 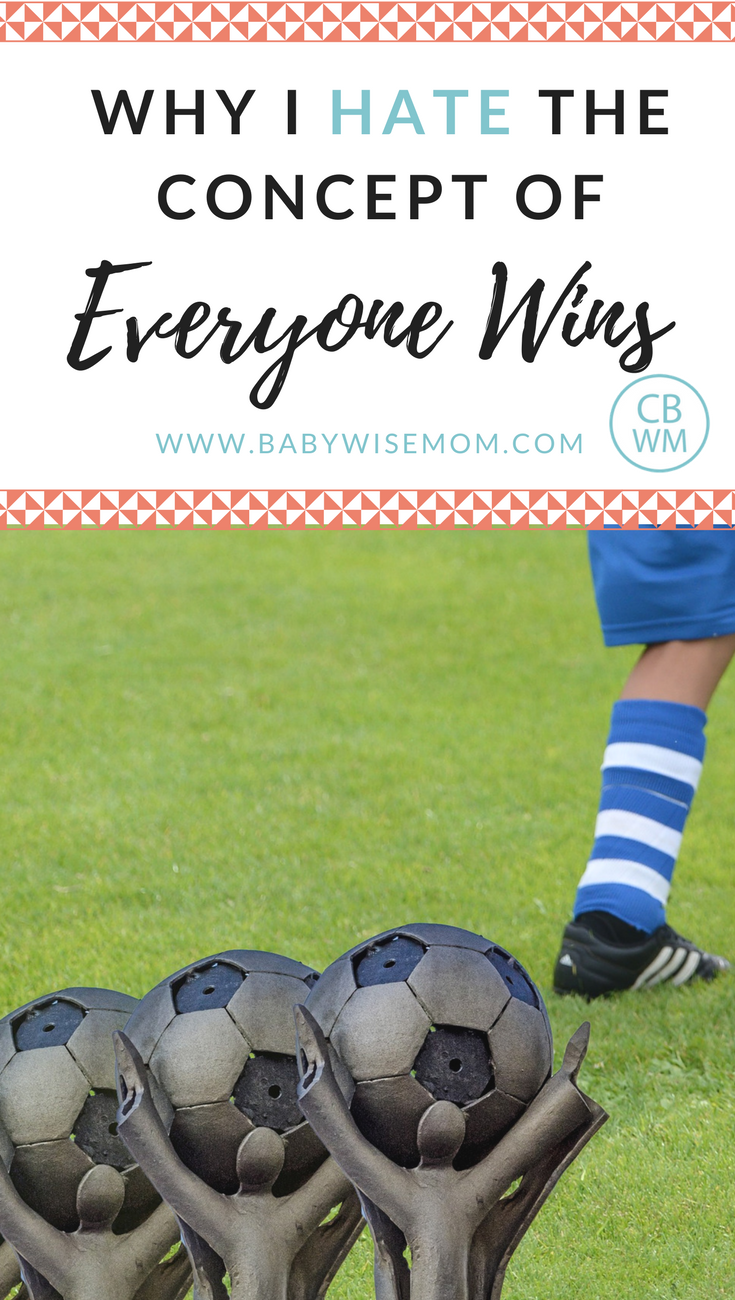 want to control all aspects of their lives for them.

It has been said that no one wins when everyone wins. Let me wrap this up with a few quotes I find ring true:

“Winning is great, sure, but if you are really going to do something in life, the secret is learning how to lose. Nobody goes undefeated all the time. If you can pick up after a crushing defeat, and go on to win again, you are going to be a champion someday.” Wilma Rudolph

“You learn more from losing than winning. You learn how to keep going.” Morgan Wootten

“You can’t win unless you learn how to lose.” Kareem Abdul-Jabbar

I believe failure is good for us at times. I believe it so much that I have my kids try new things–things that will be hard. I have them participate in things even if they aren’t the best or most talented. I want them to learn to work, empathize, and know other people are good at stuff, too, and that is okay.