Everything you really need to know about exclusively pumping. It is so hard, but it can have great benefits for you and baby! 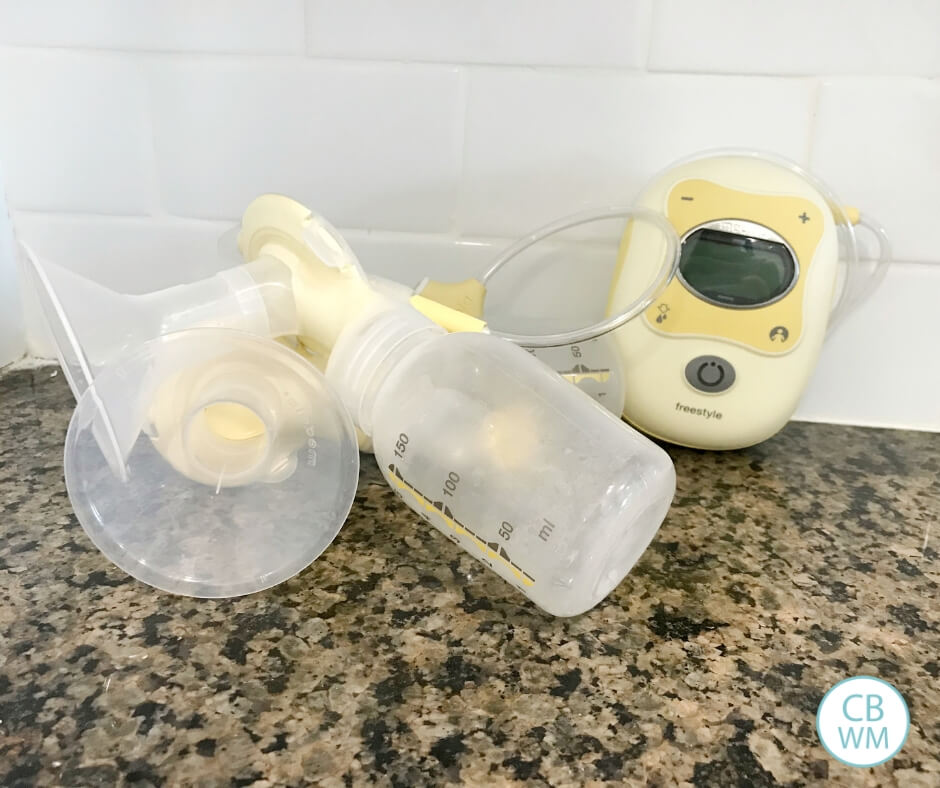 I’ve always believed that how you feed your baby is a deeply personal decision. We all know the benefits of breastmilk, but if a mother decides that it’s best for her family to formula feed, then I fully support that.

However, our society begs to differ. “Breast is best!” and “Fed is best!” are often shouted from the rooftops from women who truly believe that the decision they made is… well, best.

But what about exclusively pumping? It kind of goes under the radar. The little club of moms who EP (that’s the jargon for exclusive pumping) aren’t always talked about. And you know what? We need more credit because it’s freaking hard to exclusively pump!

I’ve been a breastfeeding mama and an exclusively pumping mama and I can only compare my two experiences, but I will tell you with absolute certainty that exclusively pumping is BY FAR more work than breastfeeding. Note: I did not say it is harder because the level of difficulty is up to the individual. I said harder, as there is more work involved.

Making the Choice to Exclusively Pump

I think that for many women who exclusively pump, it isn’t their first choice. It definitely wasn’t for me. When I found out that we were expecting twins (click for our twin pregnancy announcement), I was hopeful that I’d be able to breastfeed. Then, they were born 8-weeks prematurely and their first feedings were from a feeding tube. Even when they came home from the NICU, they didn’t have the strength to breastfeed.

By the time my twins four months old (adjusted age of one month) we were on a solid schedule and they were sleeping through the night. I considered trying to teach them to breastfeed at that time, but, to be honest, I didn’t want to mess with anything when things were going so smoothly (I mean as smoothly as things can go when you have newborn twins and a two-year-old!)

5 Things to Know About Exclusively Pumping

Anyways. I didn’t start this blog post to tell my story, but there it is! I started to give you an idea of what to expect and the emotions you will have when it comes to exclusively pumping. So, if you’ve got a baby in the NICU, or you have to return to work early, or you simply like the idea of pumping, here is what you need to know! 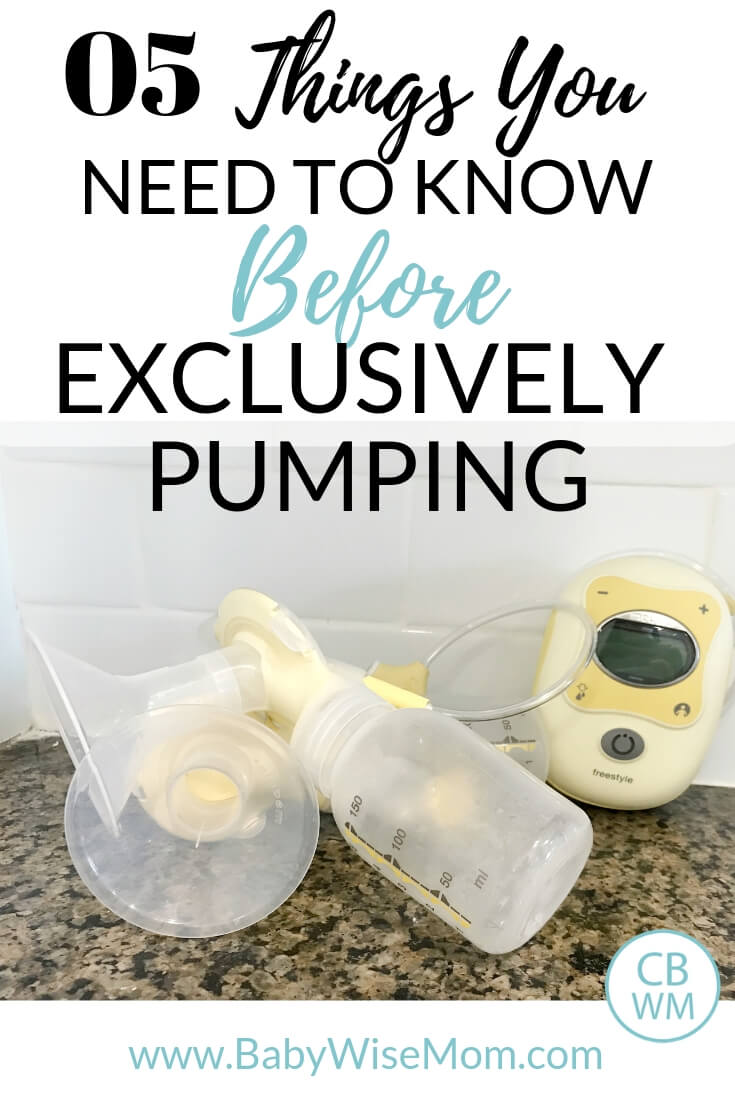 1. It Is Really Hard

Prior to having any babies, pumping breastmilk seemed easy to me. I mean, you hook the pump up, let it do it’s thinkg and walah! you have milk. Even when I was breastfeeding my singleton and someone would suggest that I “just pump” so the baby could take a bottle, I was like it’s NOT as simple as “just pumping.”

Pumping is hard work itself, but when you’re exclusively pumping? It. Takes. Up. So. Much. Time. Time you could be spending washing bottles, or sleeping, or actually interacting with your baby!

It is hard because you have to manage pumping every-3-hours, while also feeding a baby every 3-hours! If you have other young children at home, you have to take care of them as well. You can do the math and figure out that there aren’t enough hours in the day for you to pump, feed the baby, wash your pump parts, and sleep for more than 20-minutes a day.

Read –> The Realities of Exclusively Pumping: It Is Really Hard

2. You Will Feel Guilty

Remember how earlier I spouted off about how we can feed our babies however we want to and whatever choice we make is 100% OK? Yes, I meant that, but it doesn’t mean you won’t feel guilty about it.

I felt guilty that I wasn’t able to breastfeed. I thought maybe I should try again when my girls were stronger. I felt guilty when my supply dipped and I had to supplement with formula. I even felt guilty for not switching to formula so that I could have more time with my babies.

3. You Will Also Feel So Proud

I was brought a hospital grade pump right after I delivered my girls. They were in the NICU and I basically started pumping for them right away. My husband had to go home to take care of our 2-year-old, and I remember taking the elevator down to the NICU clinging tightly to a little bottle containing a few drops- literally -of precious breastmilk.

My little droplets eventually turned into a few ounces, and eventually two full bottles of breastmilk. After each pumping session, I would admire the bottles of milk in awe and feel so proud that I was making this sacrifice for my girls.

4. You Will Think About Quitting

I thought about quitting many, many times. I thought of the time I’d get back with my children, the pump parts I wouldn’t have to wash… more importantly, not having to hear the ‘weekuh-weekuh-weekuh-weekuh” sound of my breast pump ever again.

Every time I thought about quitting, I reminded myself that the sacrifice I was making for my babies was worth it and told myself I would give it one more week. At the end of the week, if I was still feeling so negative about it, I would stop.

I didn’t quit until my supply completely tanked on me at 10-months despite my best efforts.

I know I might sound a bit like a debbie downer about my pumping experience, but even though it wasn’t something that I really enjoyed (does anyone really enjoy pumping?), and it was a heck of a lot of work, it was manageable. I did it, and you can, too!

Caitlin has three children, including twins, and blogs at Twin Mom and More.

Related Posts on This Blog: 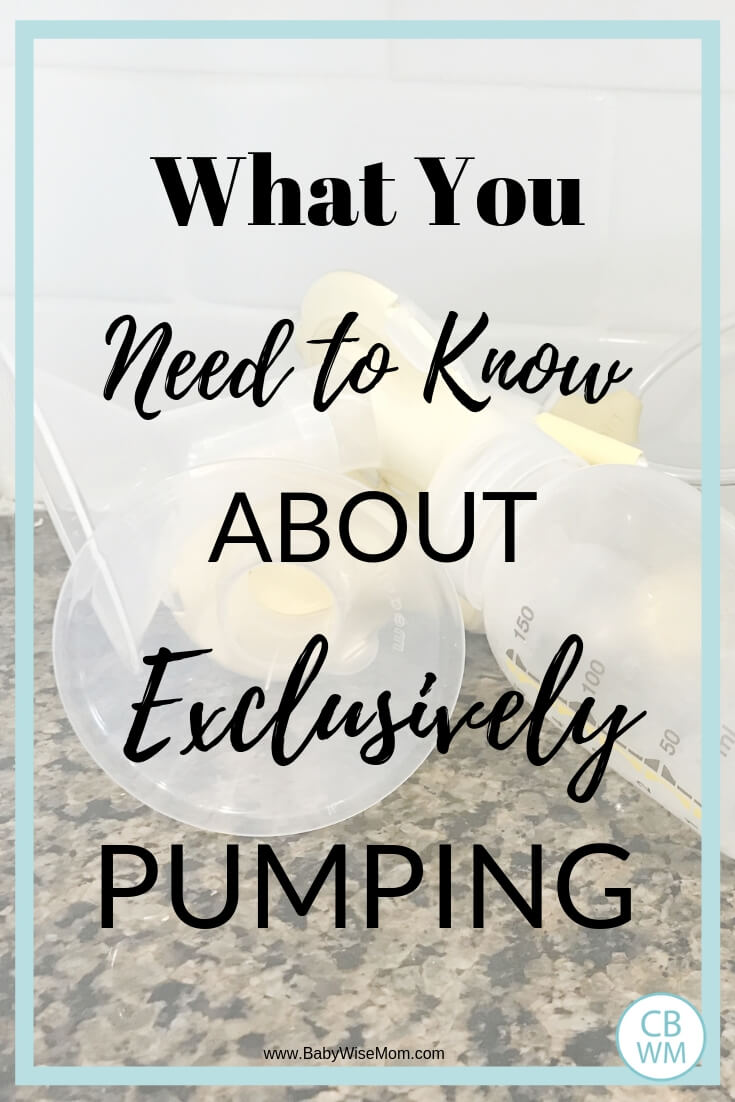