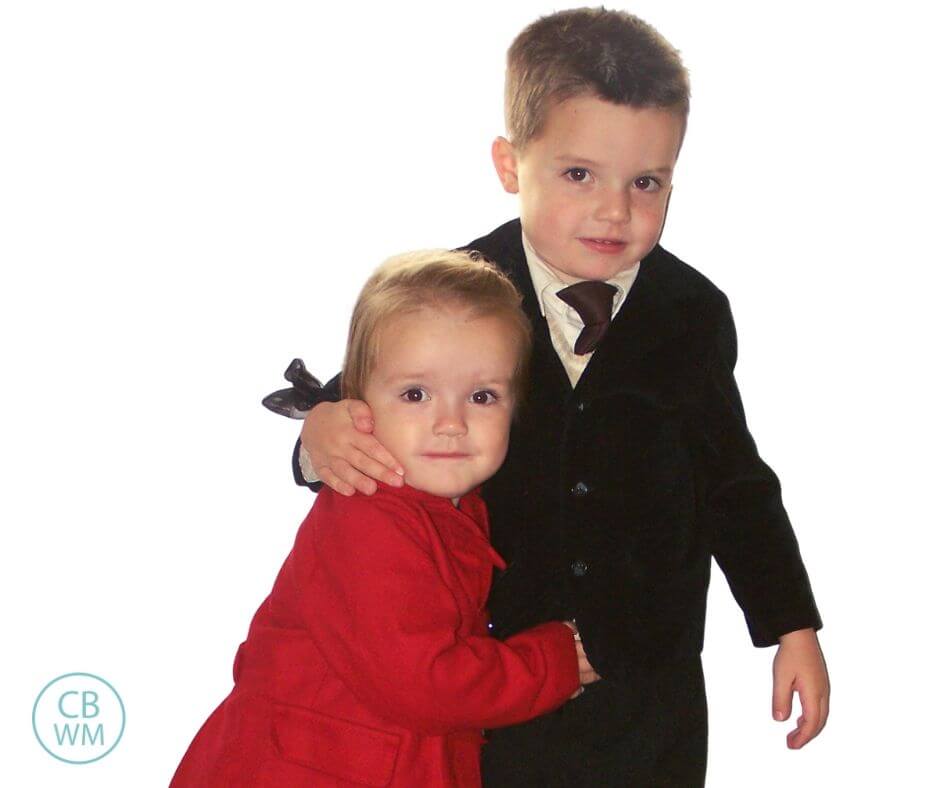 Continuing on with my new tradition of doing summaries, here is a summary for Brayden as he is now 4.5! Here are some notable items going on with him right now. I am sure I will leave a lot out. It is hard to cover every pertinent item in one post! But here is a try.

Sleep is good. A notable recent event is that we officially moved to rest time. He has rest time for one hour each day instead of a nap. He is in bed by 8 PM and up by 7-7:15 AM.

Brayden has always been a very good eater. He isn’t always excited to try new things, but he always does. He is very good about eating fruits and vegetables. Brayden loves to eat.

Brayden has always been a very obedient child. He desires to be good. He just gets easier and easier as he gets older. He is at a point that if he does something he shouldn’t, I remove a privilege instantly. He used to be on more of a warning system, but as he has gotten better, I have become more strict with it.

I do this for things he knows he shouldn’t do. It is interesting as he matures, too. He fully recognizes and accepts that he did something wrong. He doesn’t complain about it at all.

Brayden loves his siblings. He and Kaitlyn are best friends. The play well together.McKenna is his biggest fan. She just laughs and laughs at him, and he loves to entertain.

Brayden has started socializing more with other children over the past six months. He will come home with new phrases or noises that I don’t approve of. I explain to him that we don’t do/say that and why. He understands and it isn’t a problem. Watching this process has made me more adamant about Kaitlyn not going out and socializing a lot because she doesn’t have the moral development as a two year old to be able to not pick up on the habits of other children.

Our biggest obstacle with Brayden right now is bossiness. He thinks he is the third parent in the household, which is pretty normal for an oldest child. Let’s be honest, I still have a hard time not parenting my little sister!

We remind Brayden that he is not the boss, not the Daddy, and that Kaitlyn doesn’t need another parent. She needs a brother. He catches himself sometimes and says, “Oh, yeah, I’m not the boss.” There has been slow improvement in this area over Kaitlyn’s life, but there is still much room for improvement.

Sharing is our second biggest obstacle. He used to have a hard time sharing. He has had VAST improvement since Kaitlyn turned one and really started playing with him. He still struggles with the whole concept and sometimes believes that sharing means he gets what he wants when he wants it. As he gets older, he sees how happy it makes Kaitlyn when he shares and he likes to make her happy, so he does it.

Brayden started preschool in September. He goes three times a week, and he loves it! He has a great teacher. He is one of the youngest in his class as a May birthday. Because of that, I have known that I might need to keep him back from kindergarten for one year.

A couple of weeks ago, I asked his teacher about this. She told me he was absolutely ready and one of the smartest in the class. Well, I know that academically he would be just fine, but I wondered about socially and behaviorally. She said he was great socially and no problems behaviorally. She said he is always very good in class. She told me she had never even thought about him possibly not being ready for kindergarten next year, so that was good news. I think he would go crazy waiting :).

His primary teacher at church tells me he is a leader among his peers, which isn’t surprising as an oldest child. I just hope he leads in the right direction 🙂

Read: 14 Things Your Child Needs To Know Before Kindergarten

Preschool Day
7:15 AM–wake, say prayers, come to my room. We then go set the table for breakfast. I get Kaitlyn up and we eat. We have a short music time. We then do a fast bath and get ready for the day.
8:05 AM–Sibling Playtime with Kaitlyn
9:05 AM–finish getting ready for school (hair, shoes on, coat, and back pack)
9:15 AM–picked up for preschool (we carpool)
12:10 PMish–home from school. Eat lunch. Play with Kaitlyn until nap time.
1:00 PM–nap (rest time)
2:00 PM–independent playtime
3:00 PM–Learning time with mom. Do chores.*
3:30 PM–nintendo time/PBSkids computer games time/TV time. When weather is nice, he will go outside instead. Sometimes he plays with neighbors instead.
4:30 PM–Daddy home. Activities vary from that point forward.
7:00/7:30 PM–start getting ready for bed. Do chore charts. Stories.
8:00 PM–in bed

Non-Preschool Day
Non-preschool day is pretty similar. We start similarly. Differences are that we take a long bath after McKenna goes down for her first nap, so sibling playtime is longer. We also start lunch earlier. Our non-preschool day is much more relaxed. It is kind of like we have three Saturdays a week now 🙂 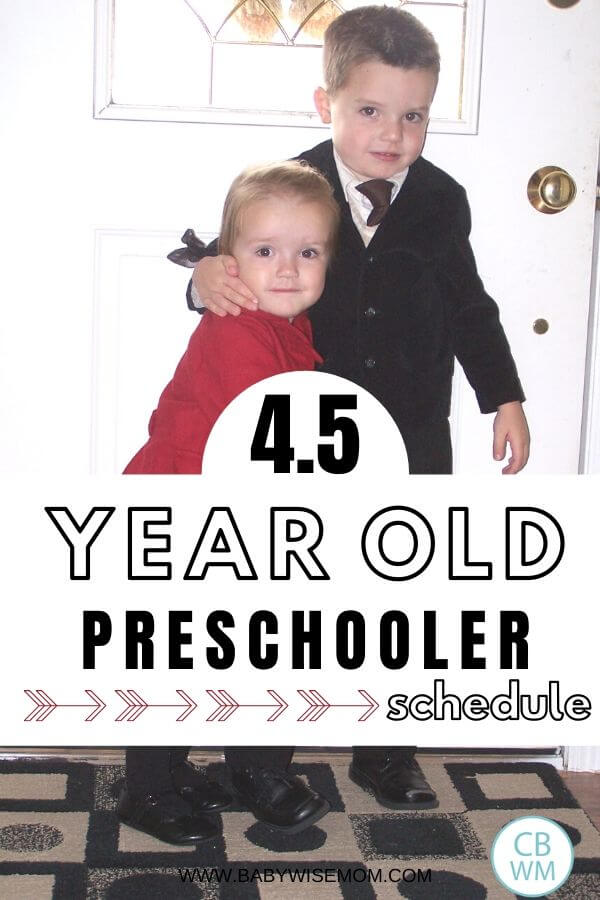