This year, Kaitlyn had a safari birthday party. She loves animals and wanted a party that was all about animals. It was a lot of fun! To make it easier on myself, I did a lot of things similarly to how I did them for McKenna’s princess party, but just made it safari instead. I did it as a scavenger hunt type of thing, but we were on a safari to see animals. Here is the invitation: 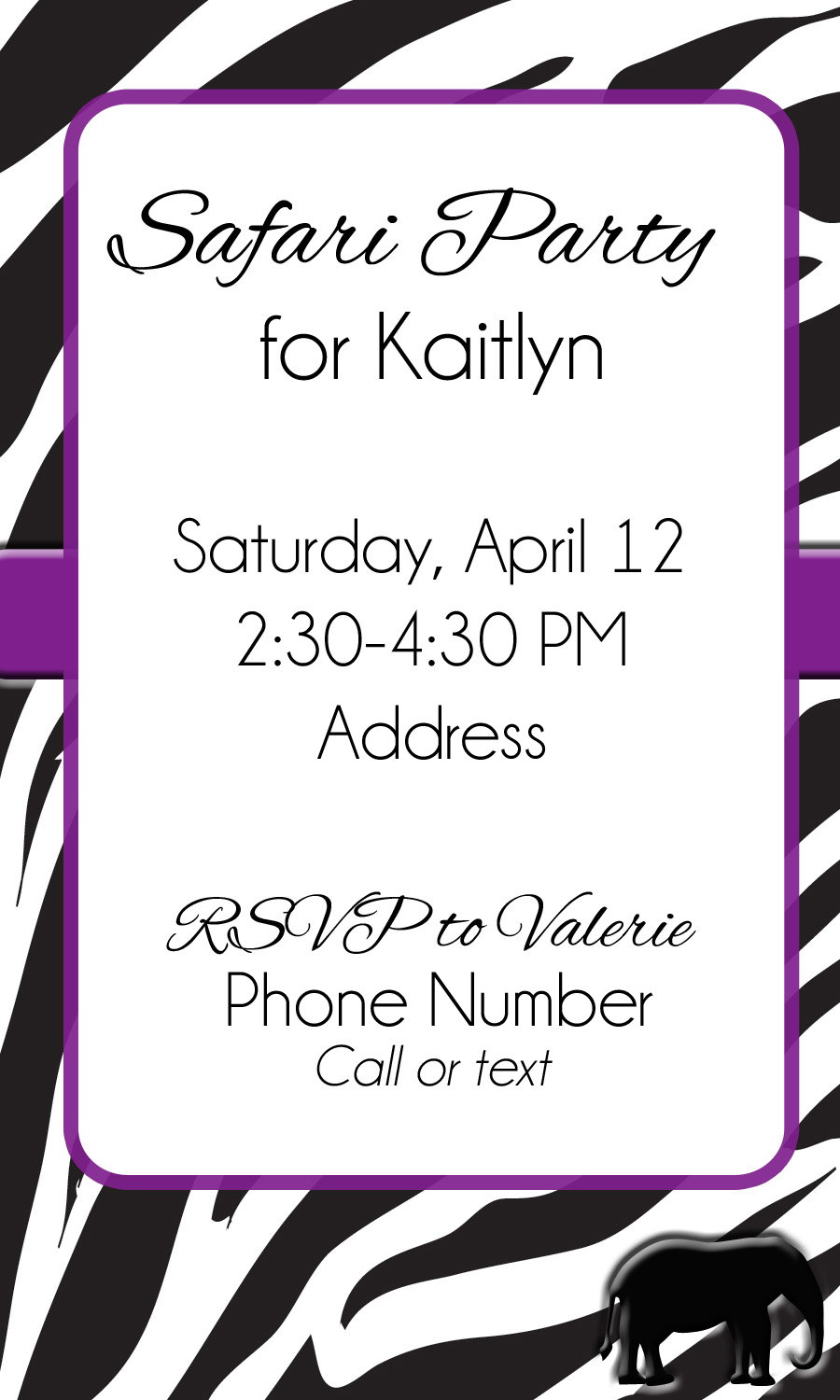 We had 12 seven year old girls there and the party lasted two hours. It could have easily been longer with the games we had planned.

As girls arrived, they each went outside to play. It is good to have something for the kids to do while you are waiting for everyone to get there. Once all the girls got arrived, we started. 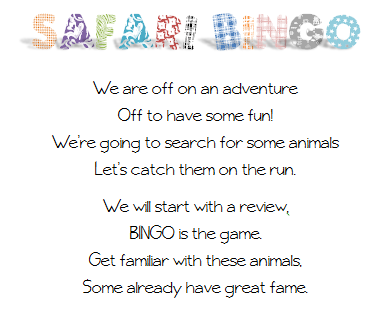 These girls were literally cheering to play Safari Bingo. We played a normal round, then a blackout round, and then they could eat their treats if they wanted to. 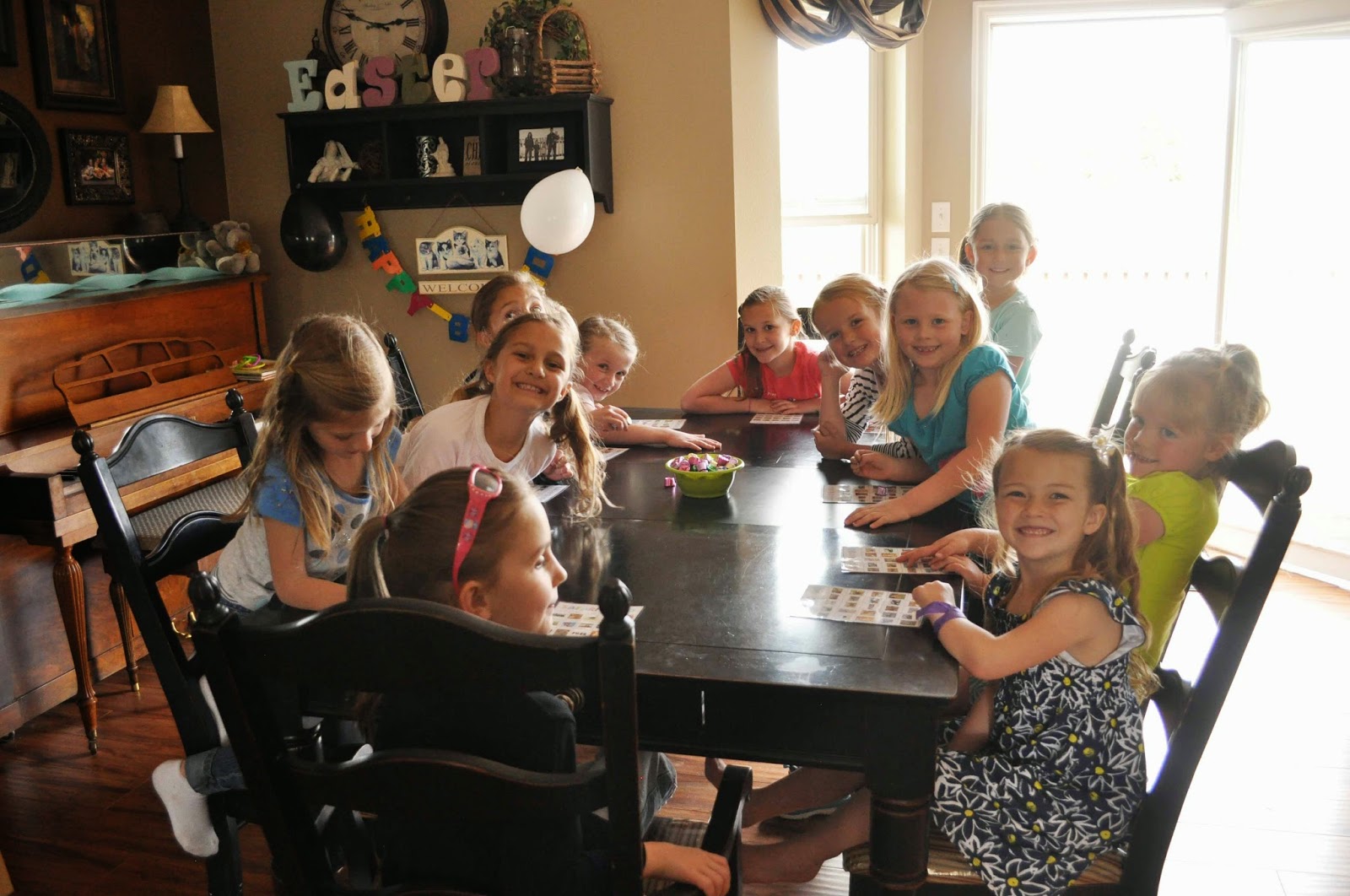 Next up, we did charades. They really enjoyed this, too. I had the girls randomly draw out an animal from the Bingo callout cards I had, then they acted it out. 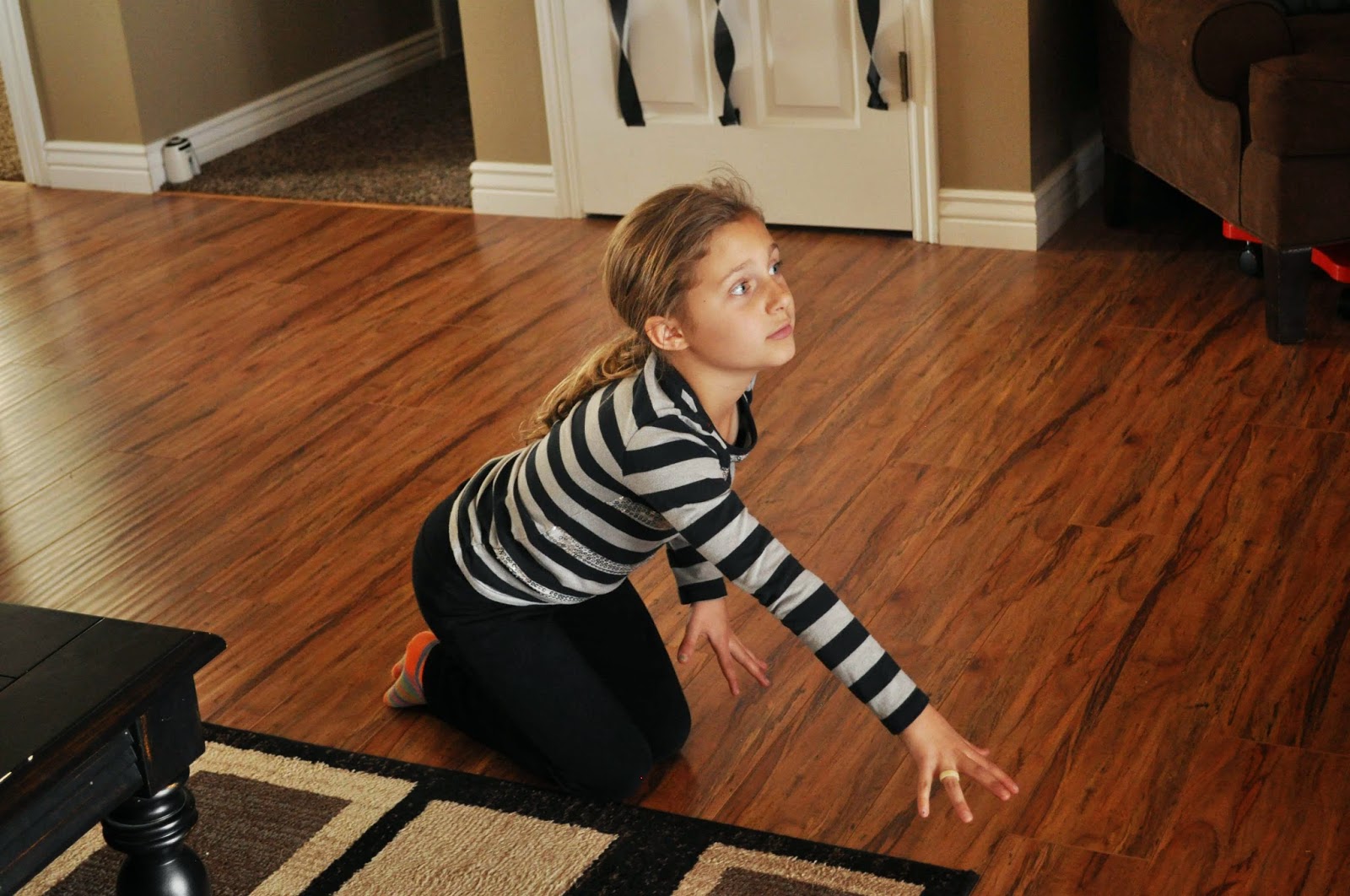 After charades was done, we did Watering Hole Limbo. I turned on some music and the girls did the limbo. I used the same limbo stick we had made for McKenna’s princess party. 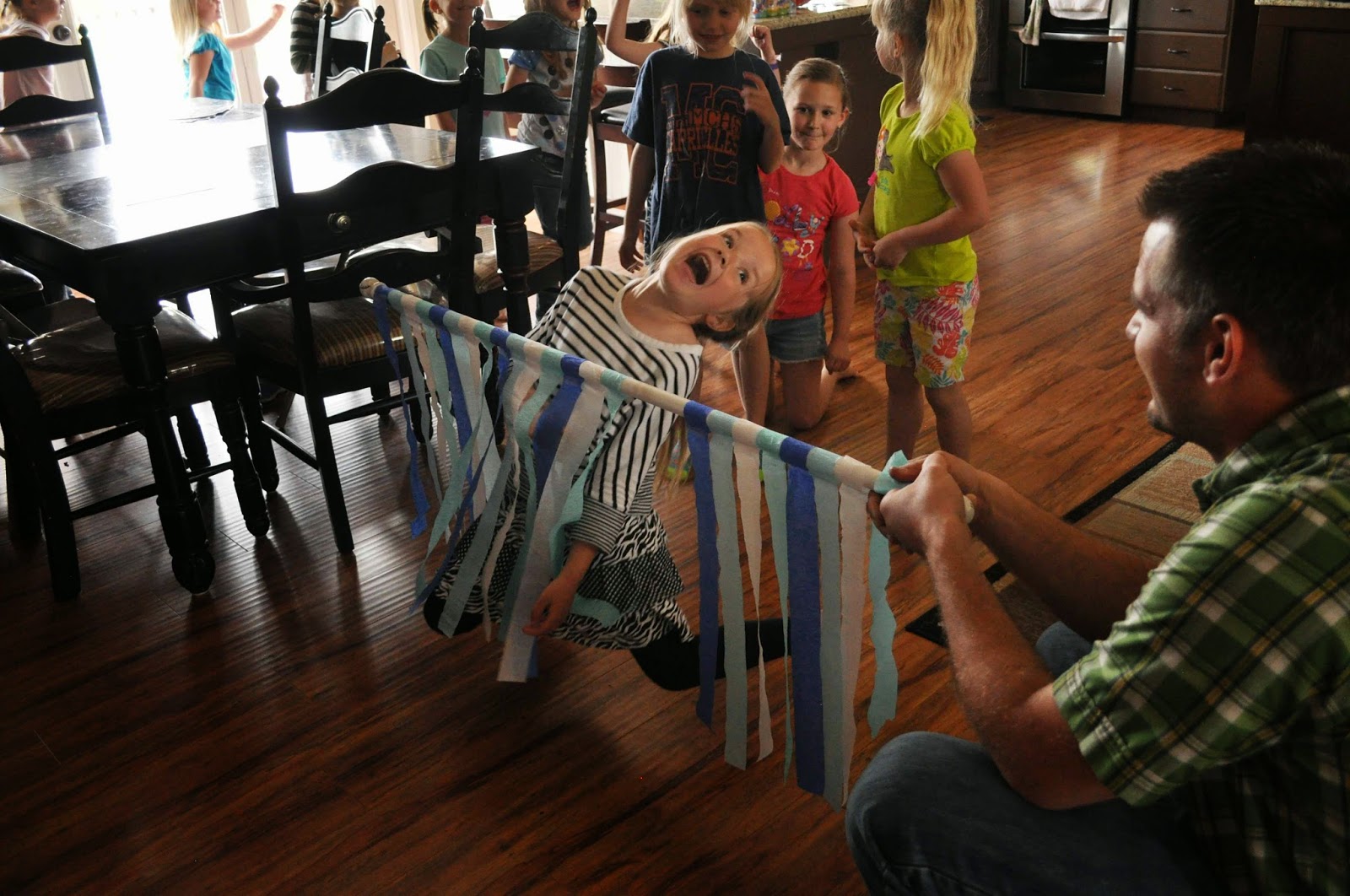 We then moved on to pin the tail on the zebra. To prevent peeking (we had some of that at McKenna’s party), my husband took some swim goggles and spray painted the lens black. No peeking! 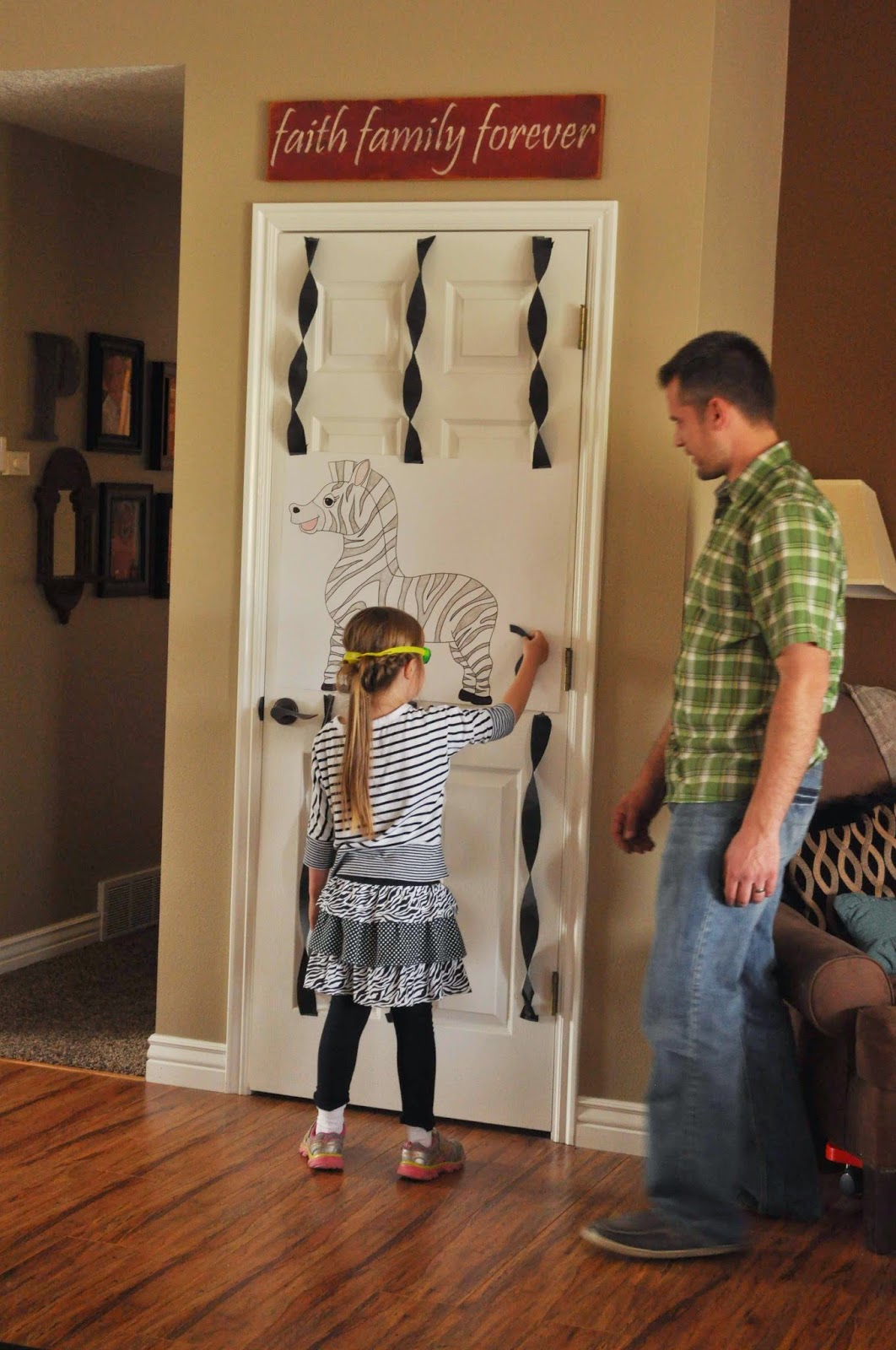 The next activity was a game. To play this game, you wrap something in newspaper or wrapping paper in several layers. We wrapped a box of candy. We did several layers of newspaper and ended with wrapping paper. You have the children sit in a circle and put the gift in the middle of the circle. You will also want two spoons and a set of hot pad mitts. You will also need two dice.

The children take turns rolling the dice. If a person rolls doubles, she gets to pull the gift by her, put on the hot pads, and try to open the present using only the spoons. The person to get it all the way open wins the present. We wrapped three and played this three times. They loved it! 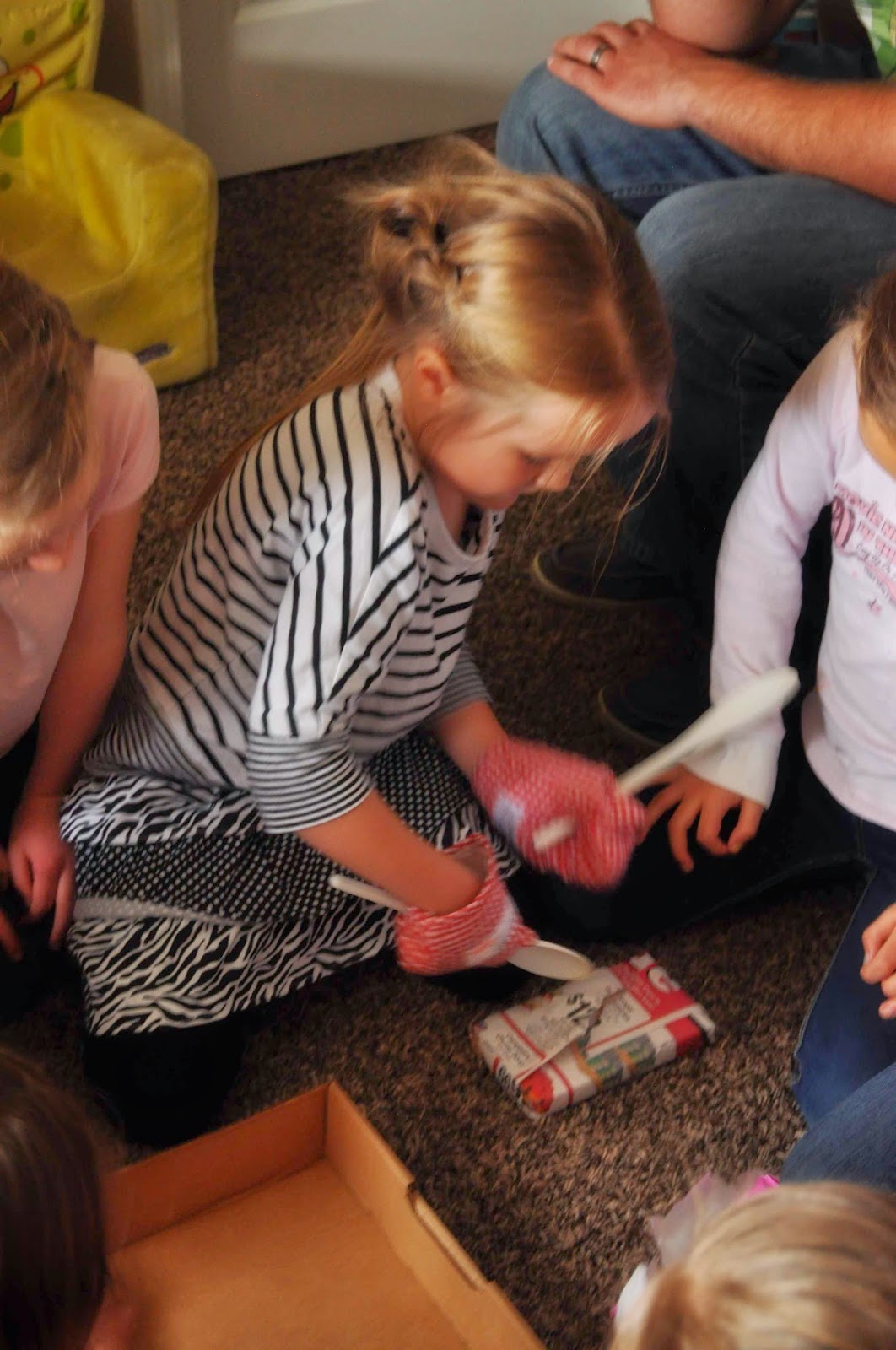 Next, we played four corners. To play this game, the children each pick a corner to stand in. I put a picture of a predator in each corner. After they chose their corner, I drew the smaller picture out of a basket. The people by that animal were out. You do this until you have one person left. I didn’t get a picture of this. 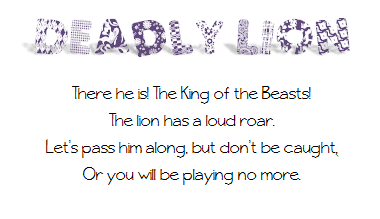 The next activity was to play deadly lion, which is like hot potato. We passed around a stuffed lion to music. When the music stops, whoever is holding the lion is out. You keep going until one person is left.

Our next activity was to stand on one foot like a flamingo. They had to pick one foot to stand on. They could hop, but if they touched furniture or put the foot down, they were out. 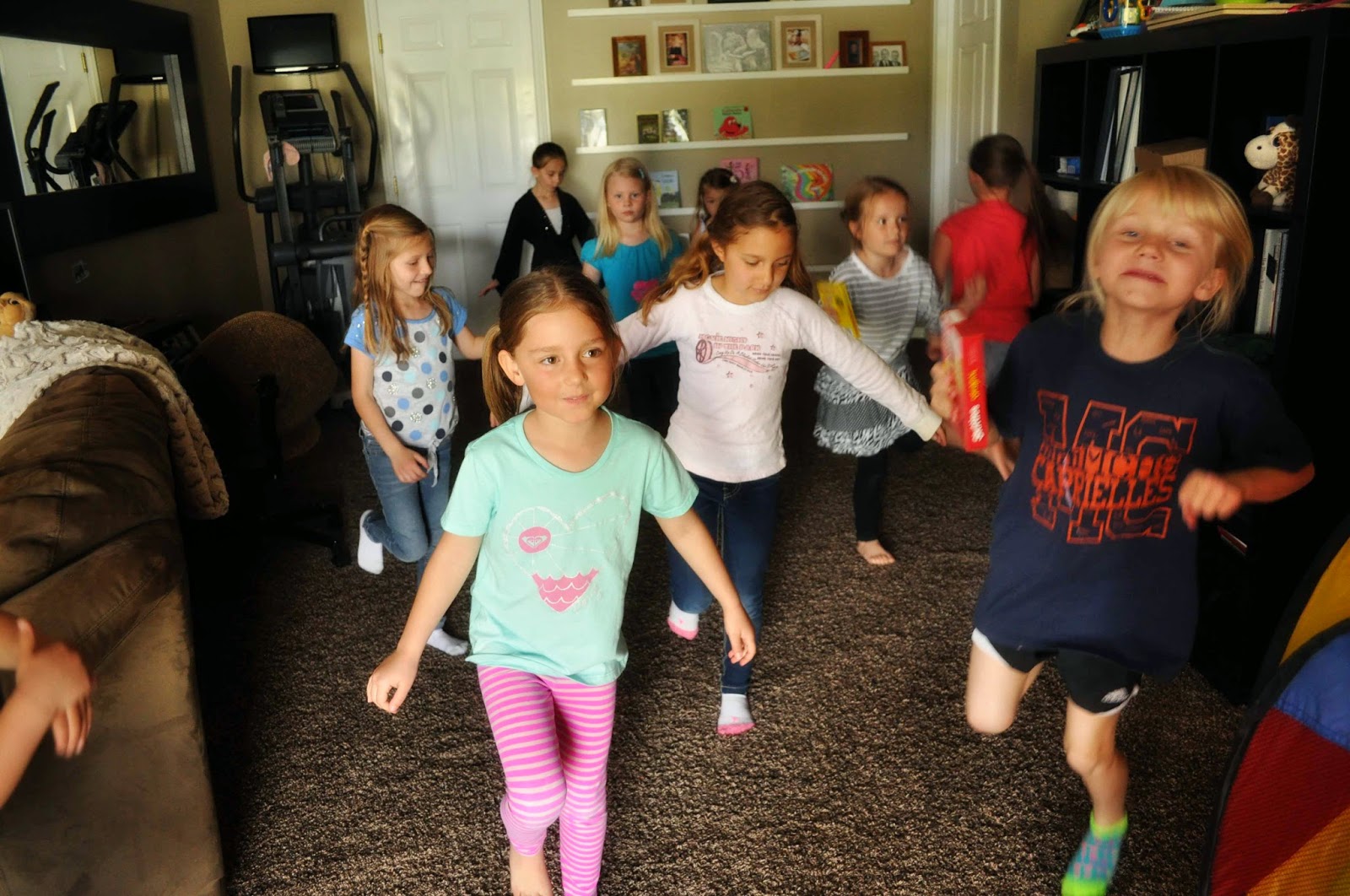 We then headed outside to play tug of war. The girls divided up into two teams. Because of time, we played twice. They would have loved to have played more than that. 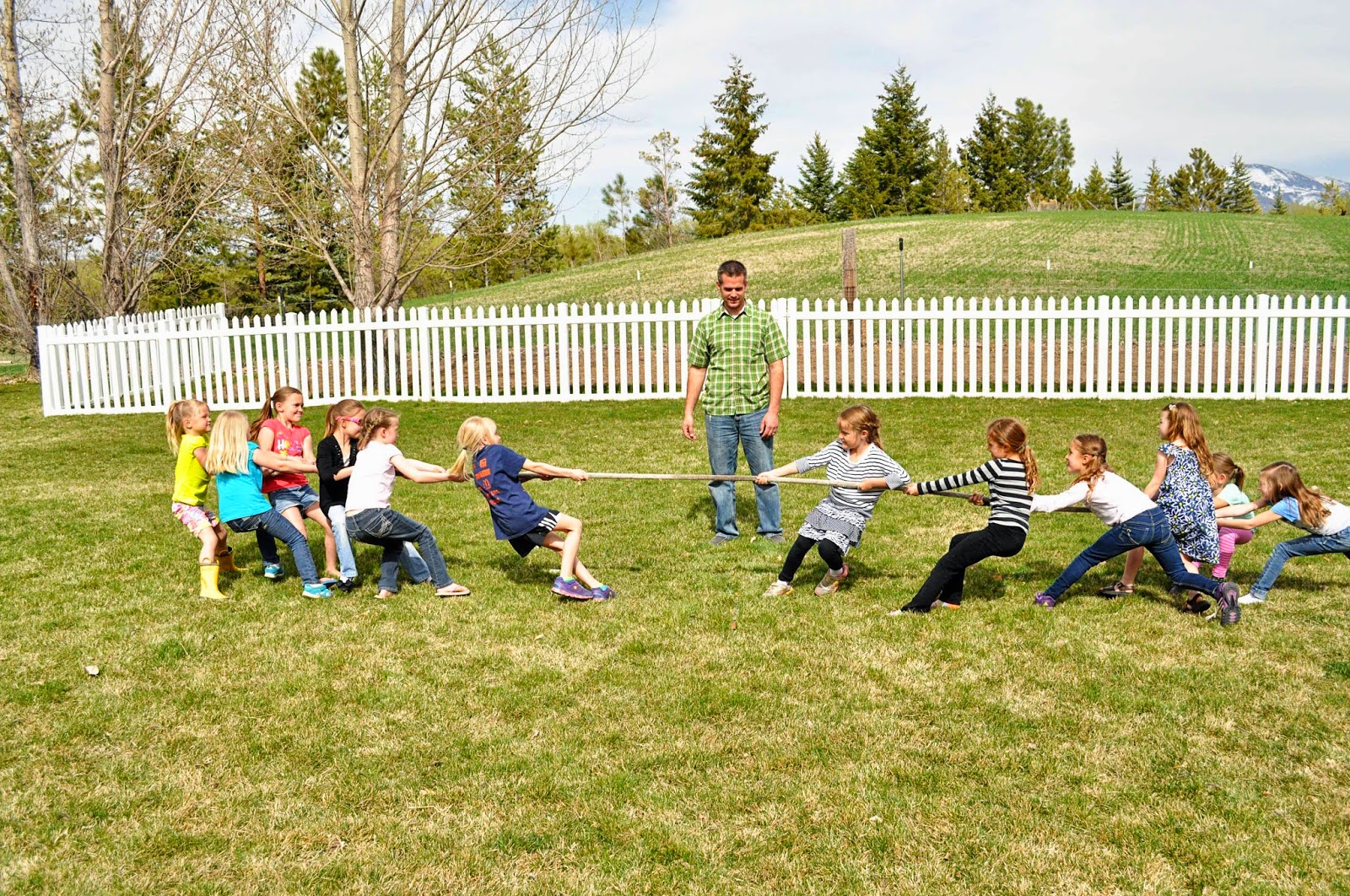 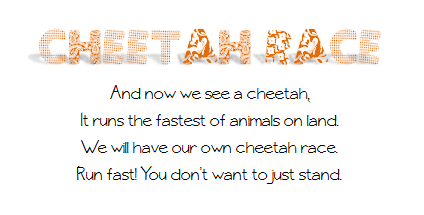 The next activity was a race. We did this two times, also. 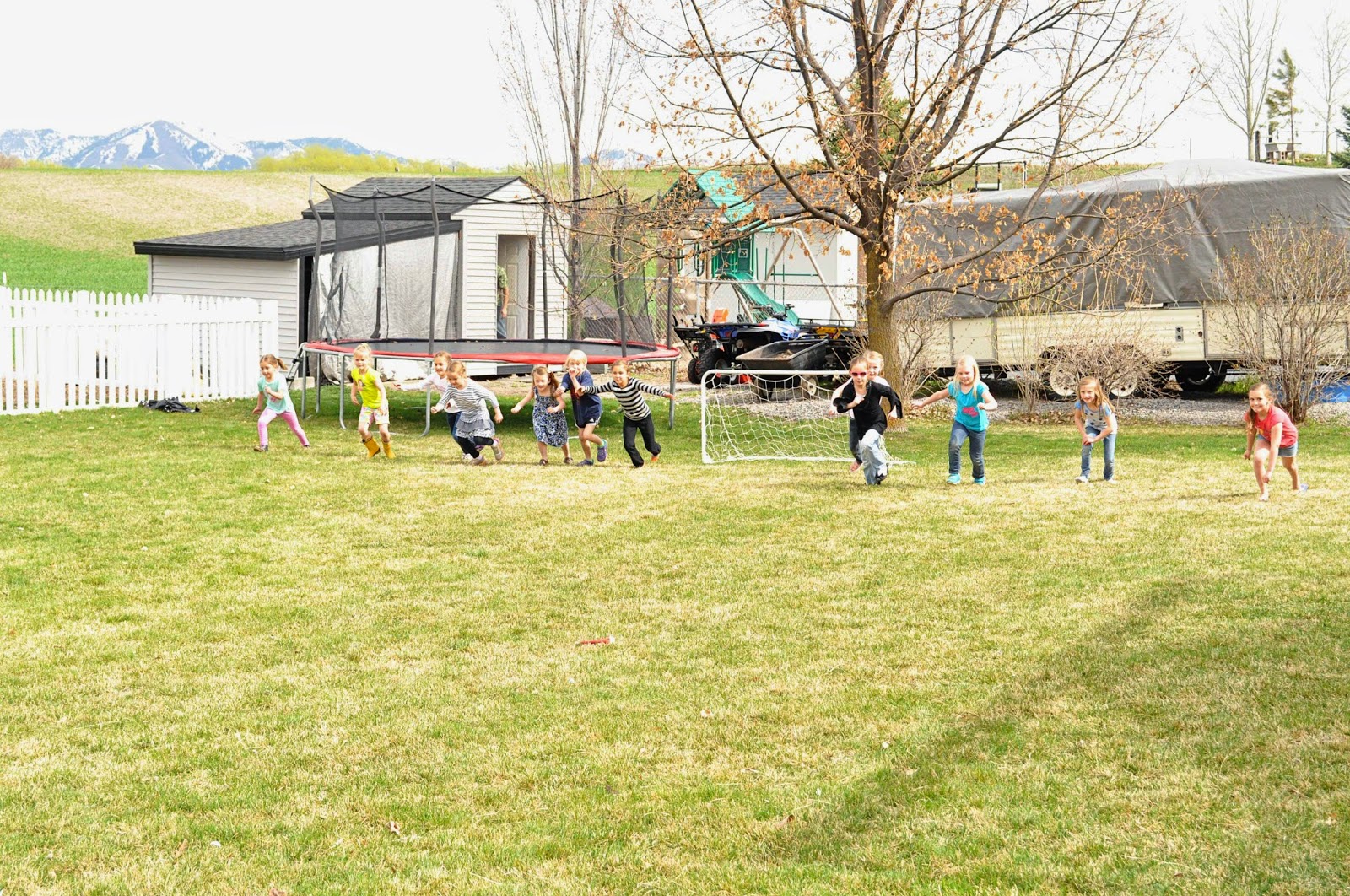 My intent was to do this game next, but time was almost up so we did presents and then this game while we did cake and ice cream. Each girl drew from the Bingo callout cards and then drew that animal on the white board. The other girls guessed. 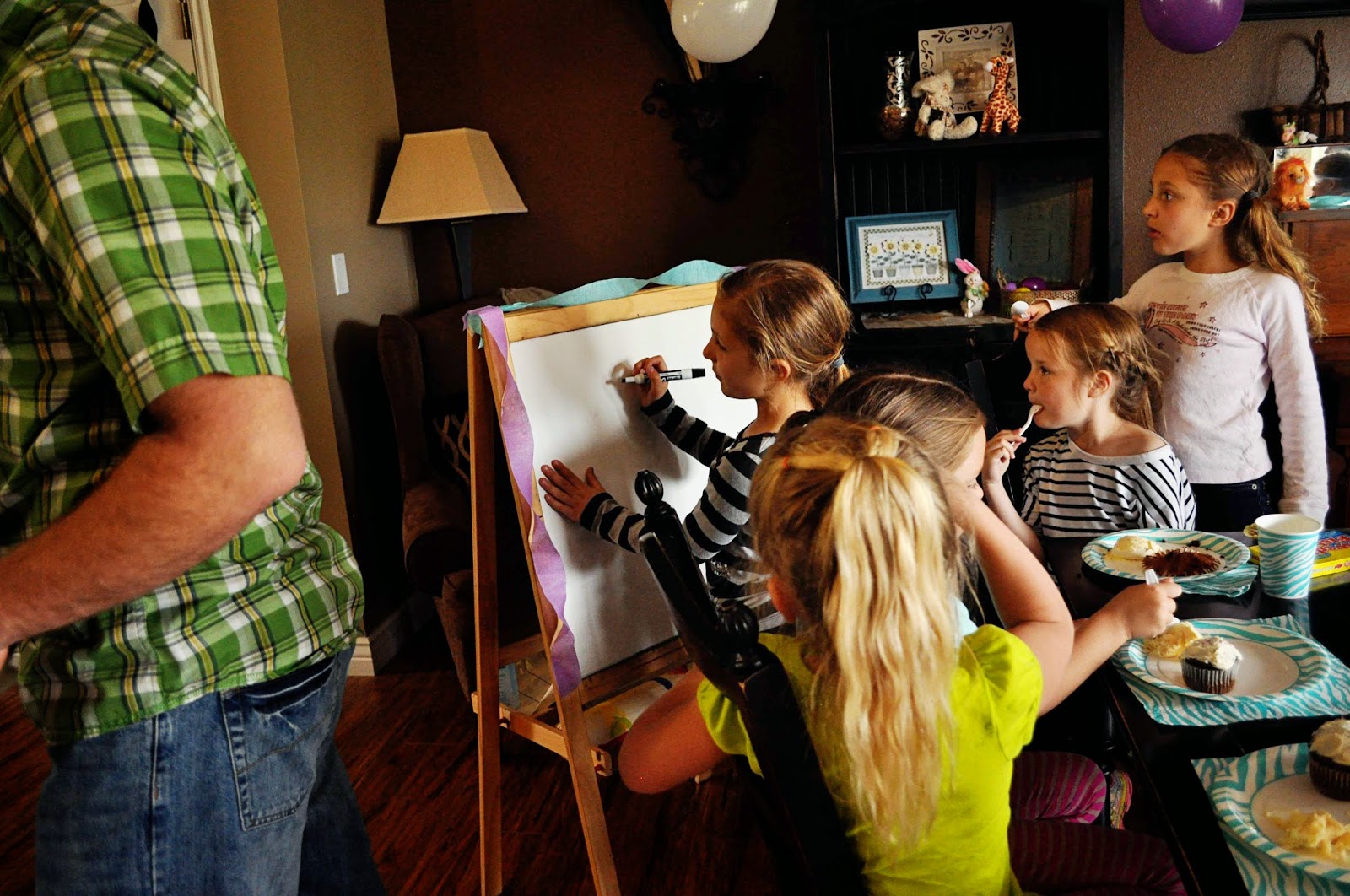 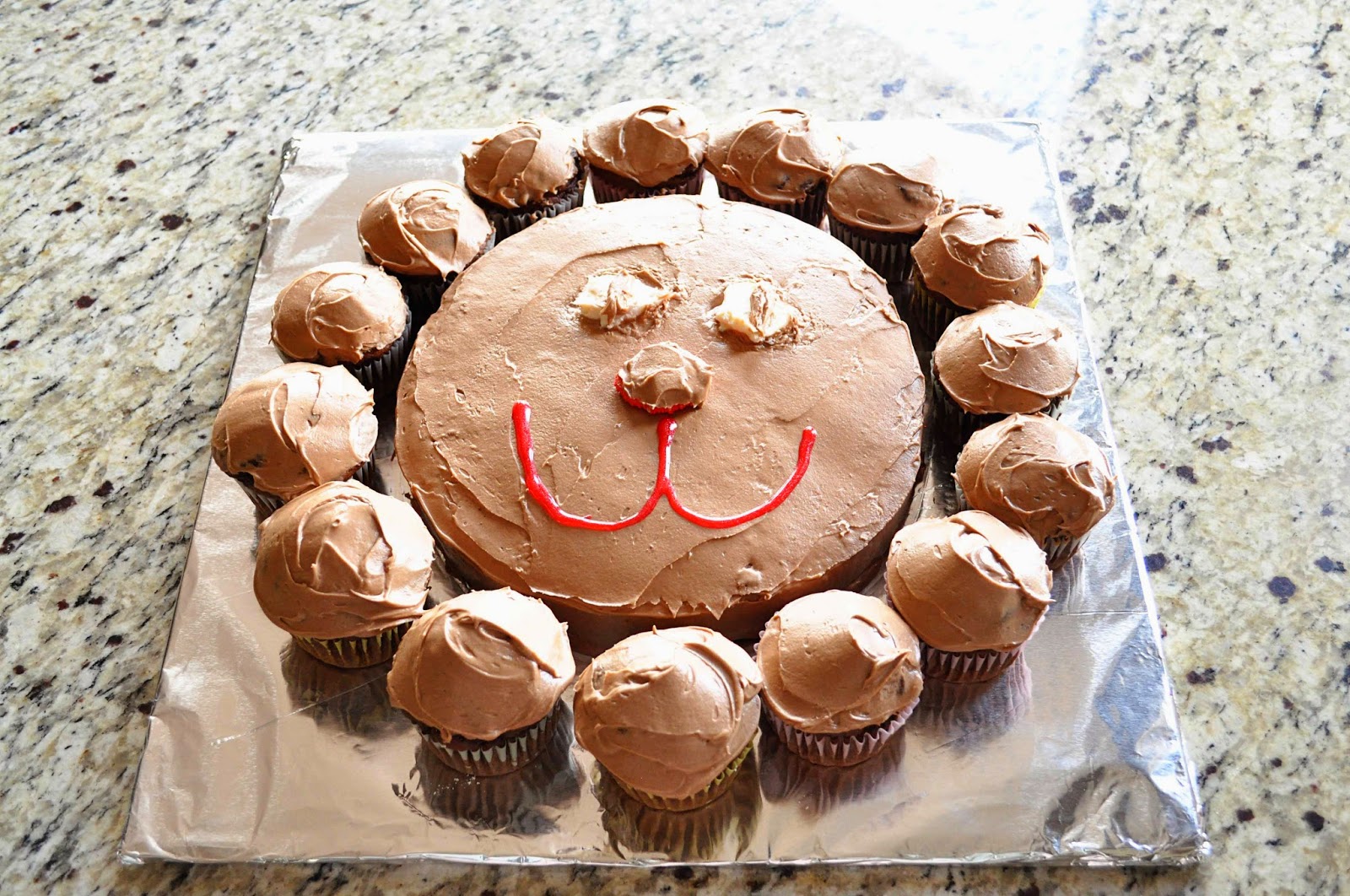 To access the Bingo game I made along with the poems and pictures of safari animals, click here.

Other ideas that I had that I thought would be fun are: