Tips to help preschoolers work through their fears and learn to overcome those fears. Learn what to do and what not to do as a parent. 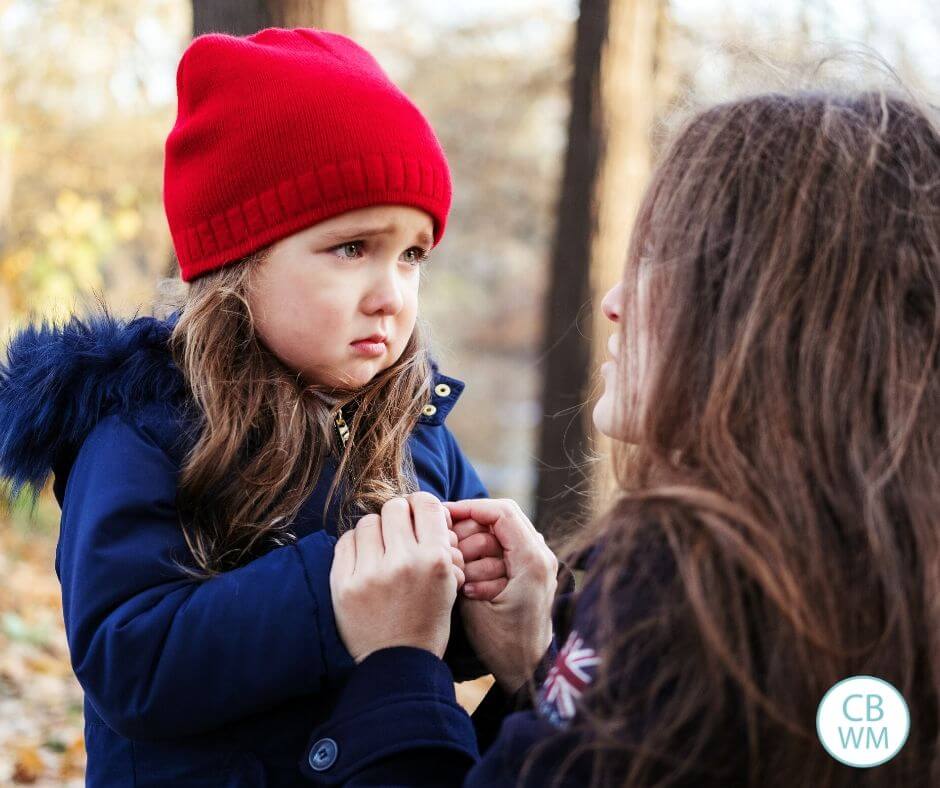 Children get scared. It happens and it is natural. Adults get scared! Think of yourself. Do you ever get scared? I get scared at night when my husband is not home. I am a very logical and rational person, and I try to control my imagination and talk myself down, but it still happens! If a logical, rational adult can get scared, then you know an imaginative little child new to this world can get scared.

Many of the fears your child has will seem silly to you. It will be irrational. Your child might be afraid of monsters. Well, you know there is no such thing as monsters, but your child doesn’t. You might find yourself frustrated that your child is scared of something not real.

The only reality that matters here is the reality your child sees.

Young children cannot control fear until they develop the tools to do so.

Now, knowing your child can’t control the fear is great, but it doesn’t make dealing with the fear any more enjoyable. Your preschooler might suddenly be scared of going to bed at night and will take you back to your babyhood days of desperately wanting sleep. Many times, parents of preschoolers have another baby in the house, so dealing with it all can be overwhelming.

There are certain fears that are present in most people. A fear of some animal (spiders, dogs, snakes, etc.). A fear of strangers, a fear of being left alone, a fear of the dark, etc.

Some of these natural fears can be compounded by the reaction of parents. When I think of my children in this situation, I think of bugs. I am scared of spiders. I just am. Throughout Brayden’s life, there have been many times that I have reacted strongly to a spider. As a result, Brayden was scared of spiders as a preschooler.

Recognizing this, I was very careful with Kaitlyn. She has more of a natural fear of bugs than Brayden and I didn’t want to make it worse.

I have been careful to try to show no reaction to bugs and my husband has worked with our children to not be scared of bugs. More about that below.

Although, disclaimer, all of my children could easily tell you I am terrified of earwigs. Some fears are too strong to hide!

Preschoolers can be scared of things they are not familiar with. This can be a person, event, situation, activity, etc.

Children have no way of assessing if their fear is founded or not. If they are scared, they are scared. When Brayden was young, he had this fear tied to trampolines. He was just scared of getting on the trampoline because he had little to no experience with it.

Even after playing with neighbors with a trampoline and watching them jump on it for months, he was still scared and will not get on it with anyone else. Compare that to Brinley who grew up with a trampoline her whole life who has never had a fear of the trampoline.

Personality will have a huge impact on this. Oldest children are often more cautious by nature and will show more fear of the unknown than other children. Some children seem to never be scared of much of anything.

Fear Based on False Beliefs

Some fears develop out of bad experiences. All of my kids started going to the dentist at age one. Brayden was no different.

He was never scared of the dentist.

Then one year, when he was three, he had surgery his thumb. The surgery was at the hospital. He was very brave, but the experience scared him.

After that surgery, he became terrified of the dentist. Interestingly, he had no fear with the doctor. He worried about the “blue curtain” again. I think having to lay down and open his mouth makes him feel vulnerable.

Because of this fear Brayden developed of the dentist, Kaitlyn became scared, too. Brayden had a false belief that the dentist would hurt him, which lead to his sister having the same false belief.

False beliefs can be from the child’s own experience, or from the fears of friends, parents, siblings, or other people close to the child.

Parents can instill fear in their child with constant warnings “be careful…” “that dog might bite you…” “if you climb a tree, you will break your leg…” I think this situation is very common with an oldest child parent and their oldest child.

Most oldest children are very cautious. If you are an oldest child, be careful about how you warn your oldest child. I am an oldest and I have had to be very careful with Brayden. With Kaitlyn, however, my warnings are never enough to scare her. She is fearless in many ways.

Preschoolwise points out that you can give your child fears through constant warnings. Sometimes, you definitely need to warn your children. But you should not have to be constantly warning your child. 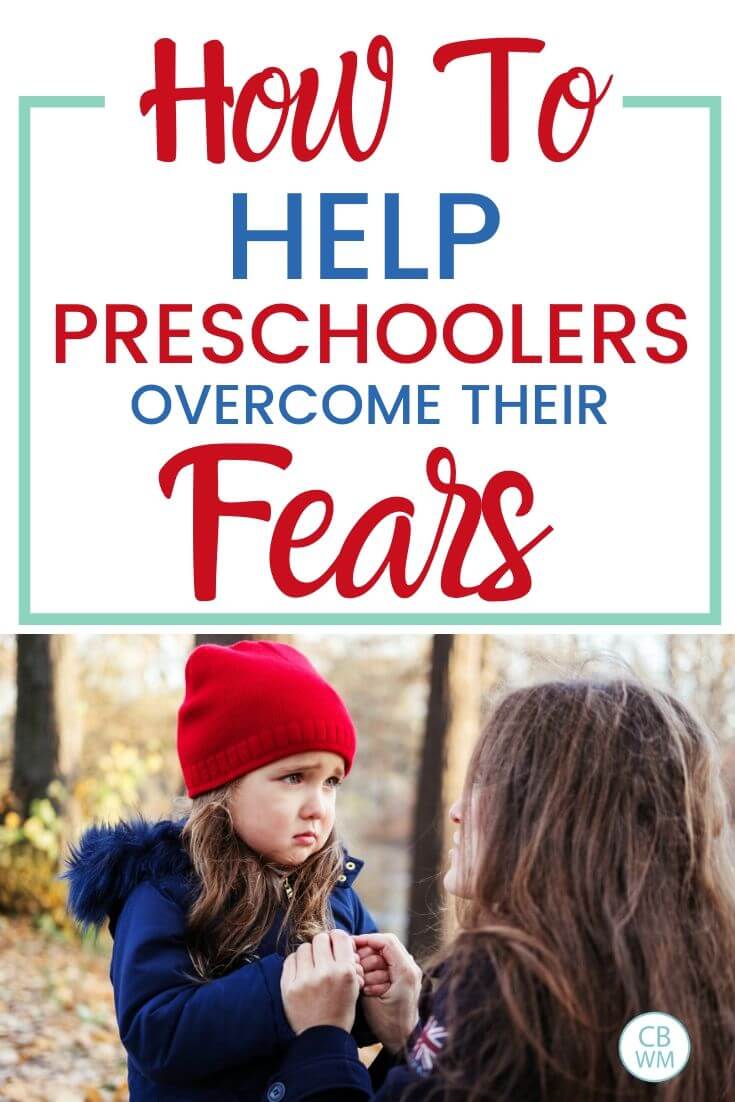 Brayden had a period when he was really scared at night for bed. After analyzing the situation, my husband and I felt like the television was largely to blame.

Brayden didn’t watch anything drastic. He was only allowed movies rated G–and not all G movies were fair game. He only watched PBS kids on TV. But television coupled with the budding imagination can create some wild things. We had to be careful about what he watched and how it impacted fears.

Some fears can be managed. There will be things you can do to help your child get over the fear. Some fears just need time for your child’s reasoning ability to catch up and overcome it. Others need education. Some might need all three.

What Not To Do:

Read: What To Do When Your Child is Scared of the Dark

You have an opportunity to use that imagination to your advantage. I think this needs to be used wisely. Some of these things I would never use on Brayden. He is so logical and accepting of reality that some of these things would only perpetuate his fear. Always use your best judgment and what you know of your child in working to help your child work through fears. 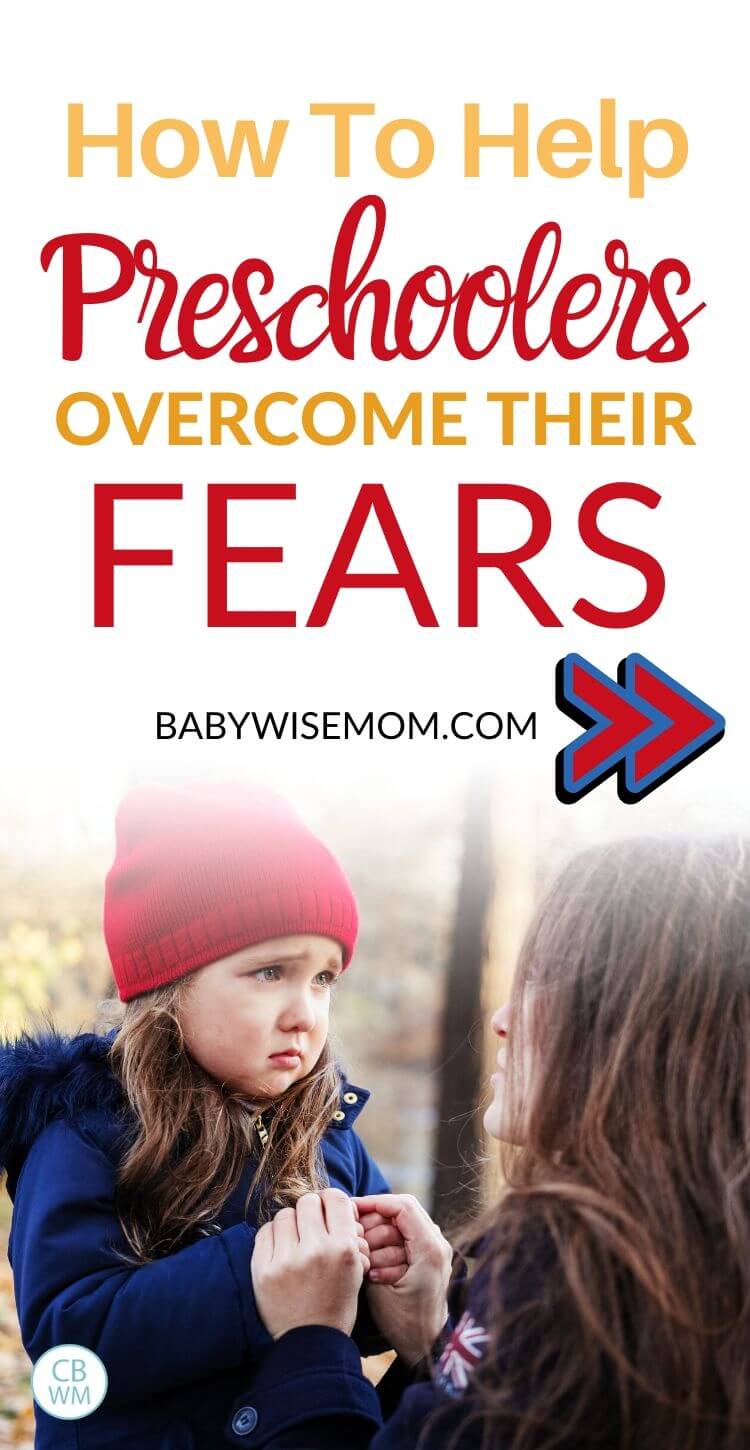 Nightmares and night terrors happen in the night some time. For nightmares, we always went to Brayden, hugged him, and stayed with him until he fell asleep again. Sometimes his logic took over and he felt fine and said, “Why are you still here?” Other times, he fell asleep as we rubbed his back.

For night terrors, there isn’t really anything you can do. We went to him, but he was still asleep (though it seemed like he was awake). He would be in my arms screaming, “I want Mama!” You just have to wait for it to pass.

Read: Nightmares vs. Night Terrors: How To Help Your Child Through Each

If your child has yet to experience fears, you might be wondering when this will happen.

Brayden first started getting night terrors around age two. His fears before bed happened a few months before he turned three, right around the time his imagination really took off.

Brayden has always been a logical child, and he wasn’t extremely imaginative at a young age. Kaitlyn was using her imagination in full force before she turned two, so I fully expected her to have lots of nightmares. She never was one to have nightmares, though. Neither was McKenna. Brinley was similar to Brayden in that she would often have nightmares.

My husband is very imaginative and had lots of nightmares. I am logical and really only had them when I had fevers. There is no way to know for sure if/when your child will have them. Just be prepared to be patient, loving, understanding, and kind when it does happen.

Read: What To Do When Your Child Has a Nightmare

Dealing with fears in preschoolers is not easy. It will take a lot of patience and understanding. Know it is normal for there to be fears as your child develops and gets older. Calmly help your child work through the fears with the tools discussed in this post and wait for your child to learn to use those tools to be able to face and overcome those fears. 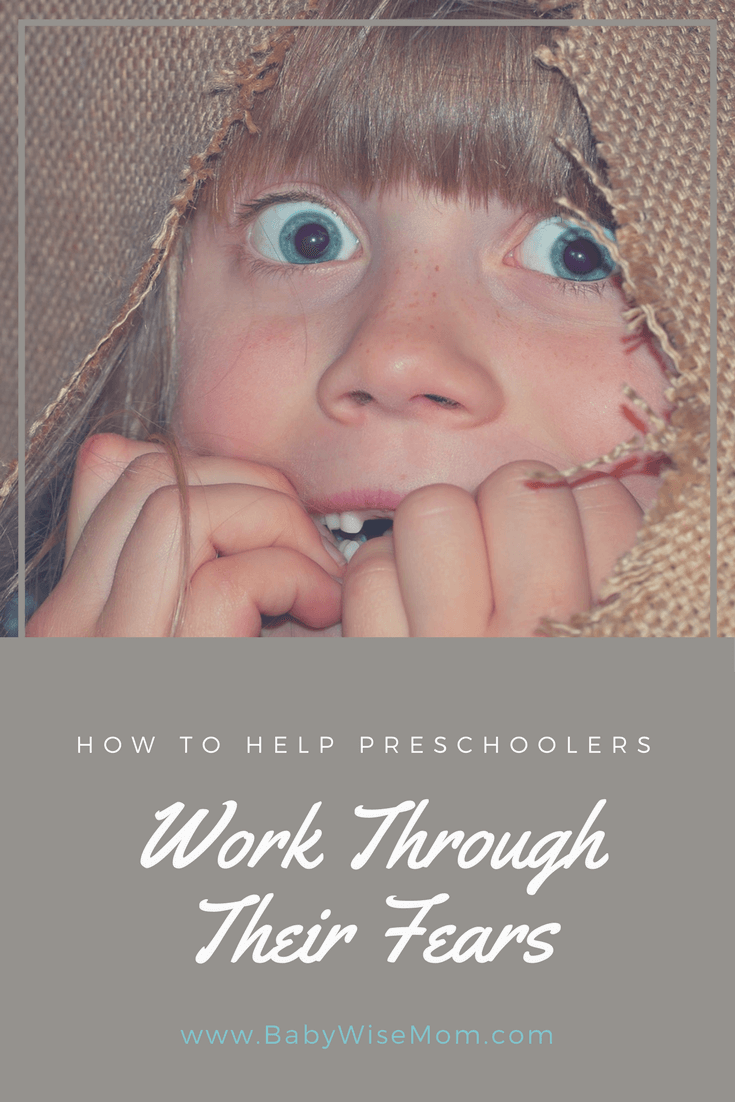 This post was originally published on this blog in December 2009

13 thoughts on “How to Help Preschoolers Work Through Their Fears”