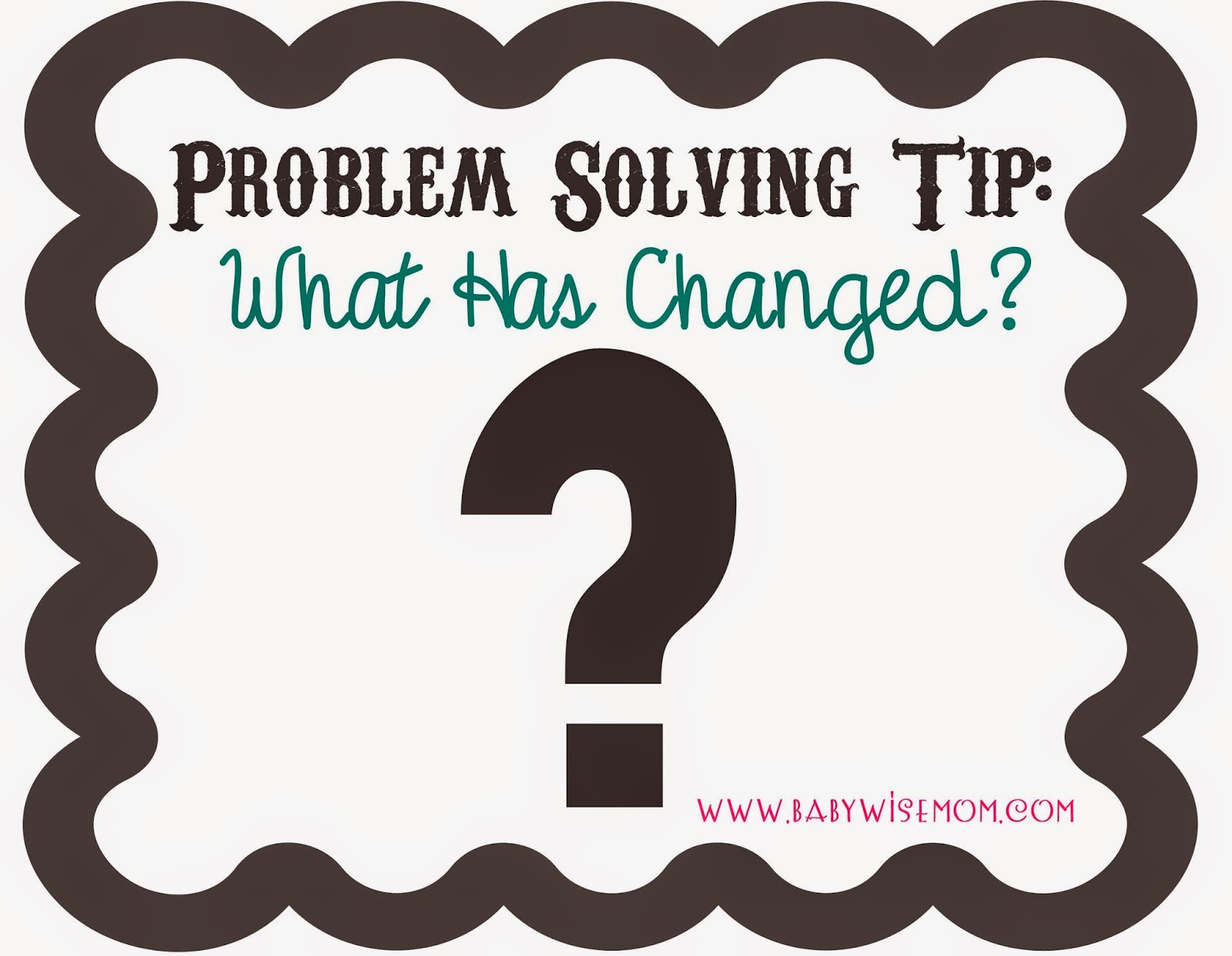 Things were going great. You had napping down, eating down, behavior down, etc. It was fabulous.

One of the first things I try to figure out when something like this happens is what is different. What has changed? If it is sleeping, what has changed? Is the weather colder? Warmer? Have things been noiser at home? Is the sun rising earlier? Is exercise more or less? Is baby sick? Are there new teeth? Have new foods been introduced? Are new skills being developed? Is exercise level different? How are things today different from how they were when sleep was good?

For the “sudden” tantrums, I do the same thing. What has changed? Are naps consistent? Is independent playtime in place? Is bedtime consistent? Have the days been more stimulating?

I recently needed to go through this with Kaitlyn. She suddenly started being whiney and really emotional. Whenever I think the word “suddenly,” I remember the phrase from one of the -wise books that essentially says there is no such thing as all of a sudden behavior. So I thought, what is different?

Well, she recently turned three. Is there something with girls and age three that turns them emotional? Age is always a consideration. There are certain ages and stages that bring out certain behaviors. But this was so drastic I didn’t think I could really blame it on a developmental thing.

It isn’t teeth. She has all of those.

It isn’t sickness. She has a mild cold, and that can make you cranky, but she has had much worse and been much better.

What about our day…

Aaahhh. The days have been really nice lately. This has led to less independent play, later naps, and later bedtimess. Plus we have had lots of visiting family. Plus, Kaitlyn went and stayed with her Grandma for a couple of days with no naps…

There was my answer. It was her lack of routine. Kaitlyn does well for a day or two off her routine, but she can’t be late for naps, missing naps, late for bed, and absent for independent play consistently without backlash. Obviously.

So it was time to get super consistent with her sleep and independent play. We have had our fun, and the weather will overall be nice for at least 6 months (I hope). Time to get disciplined again.

Then Kaitlyn turned back into my sweetie.

So when things “suddenly” go wrong, take a look at your life. What has changed? Therein lies your answer. Try getting things back the way they were before things went wrong before you start messing with nap times, waketime lengths, and discipline methods. It is a simple fix and often very effective.

25 thoughts on “Problem Solving Tip: What Has Changed?”