Get travel tips for going to Sea World, Orlando. Read about the rides, the shows, the exhibits, and where to stay. Video included! 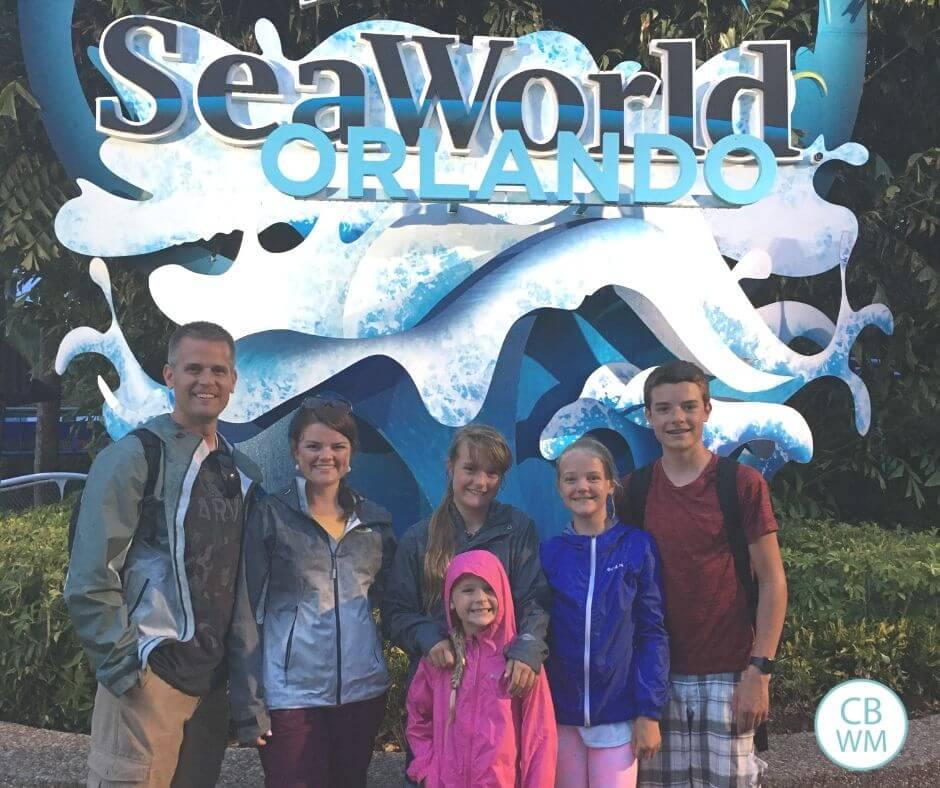 When we went to California as a family a few years ago, Sea World was our collective favorite thing we did. Other people had a personal favorite on the trip (and some had Sea World as their ultimate), but if our family chose one place that was our favorite, it was Sea World. Read all about our Sea World California Tips here.

Because of that, we had high hopes and expectations for this trip.

When we booked our tickets with Discovery Cove, we were able to add on about two weeks at Sea World for very little per person–something around $20-50 per person. I can’t remember exactly, but it kind of made it a no-brainer.

Sea World Orlando was fun, but we did not enjoy it as much as California. I am not sure what it was; there are some things that are different, but really the Orlando park has more to offer than the California park. And that might be it. California had some rides, but the focus of the park was the shows and the animals.

Something that made rides harder for us to fit in is that Brinley, at 7 years old, is not quite tall enough to ride all of the rides. That means someone needs to stay with her, so for everyone to ride a ride, we need two times on the ride. They do child-swap, so that helps, but it adds time. 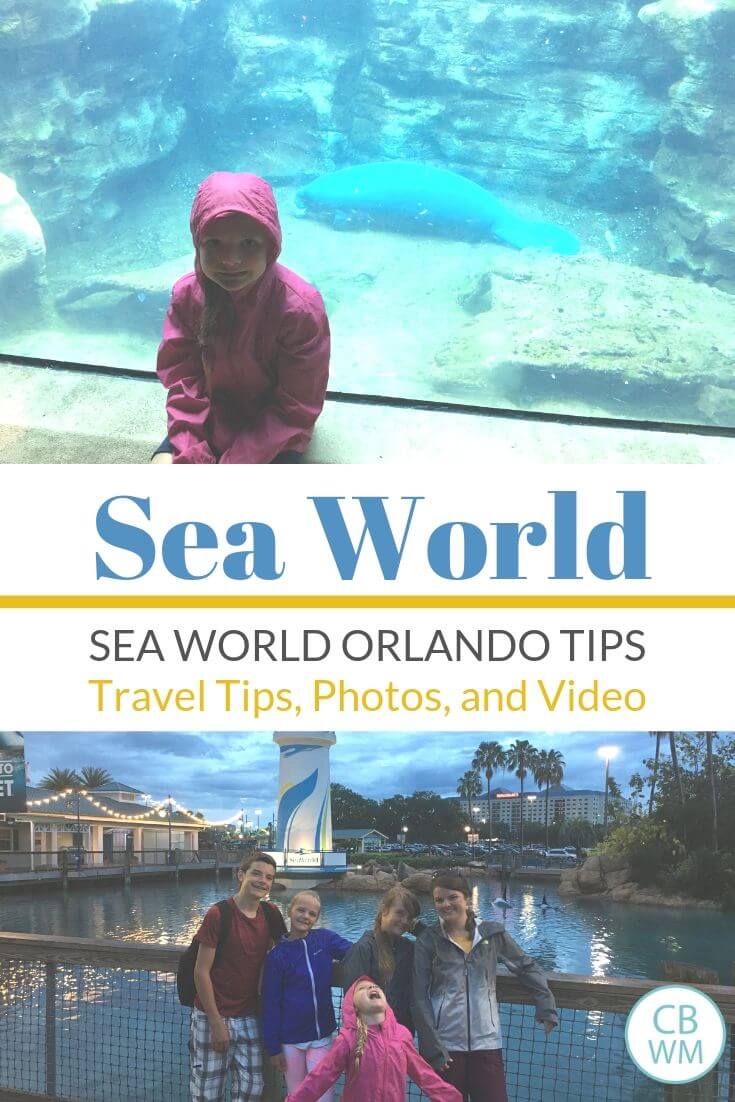 This is just a good tip for every single place you ever want to go. There are always the fewest people first thing, so crowds will be smaller first thing.

If you decide to do some rides, Manta and Kraken are reportedly the longest lines, so it can be smart to hit those two right at opening. Mako is another popular ride that gets busy.

Infinity Falls looked so fun but was not open while we were there, sadly. Journey to Atlantis is a ride that is at Sea World in San Diego as well as Orlando. Brinley was tall enough for this one. On one of the days we were there, we were able to just walk on this ride several times in a row.

Antarctica: Empire of the Penguin is a fun ride that takes you into cool weather, so it is a nice one for hot afternoons (but everyone else thinks so, too). You can also skip the ride line and just walk into the animal portion of the “ride.” Wild Arctic Ride is similar.

There are a couple of rides that cost extra money. One of those is the Sky Tower, which I honestly found kind of lame since this ride is “free” in California.

Something to be aware of is a lot of these rides will be shut down if there is lightning in the area. There are times of year this is very common, especially in the afternoon.

For us, the main attraction of Sea World is the shows. We love rides and are a big thrill ride family, but the shows are very unique to Sea World.

On busier days, you will need to get to your show at least 30 minutes early to get a decent seat. That adds to the time each show takes.

Times of shows can vary depending on the time of year, but when we went, we did the shows in this order and it worked well:

There are a lot of fun animals to look at and experts are often on hand to tell you everything you want to know about them. There are penguins (nice when it is hot outside), dolphins (if you go first thing in the morning, you can often catch them playing around while they wait for food), dolphin babies, manatees, manta rays, whales, sea lions, sharks, stingrays (that you can touch), turtles, walruses, beluga whales, and flamingoes.

You can get multi-day tickets for pretty inexpensive with Sea World. You can combine it with their water park Aquatica and/or their park Discovery Cove (a highlight of our trip). Look into grouping tickets if you plan to go at all.

Read: Why Discovery Cove Should Be On Your Bucket List

There are TONS of hotels within walking distance of Sea World. We stayed at the Hampton Inn and Suites and walked to SeaWorld. It was a nice hotel and I would recommend it. It also had a breakfast, which is always exciting for my kids and seemingly rare in the Orlando area. 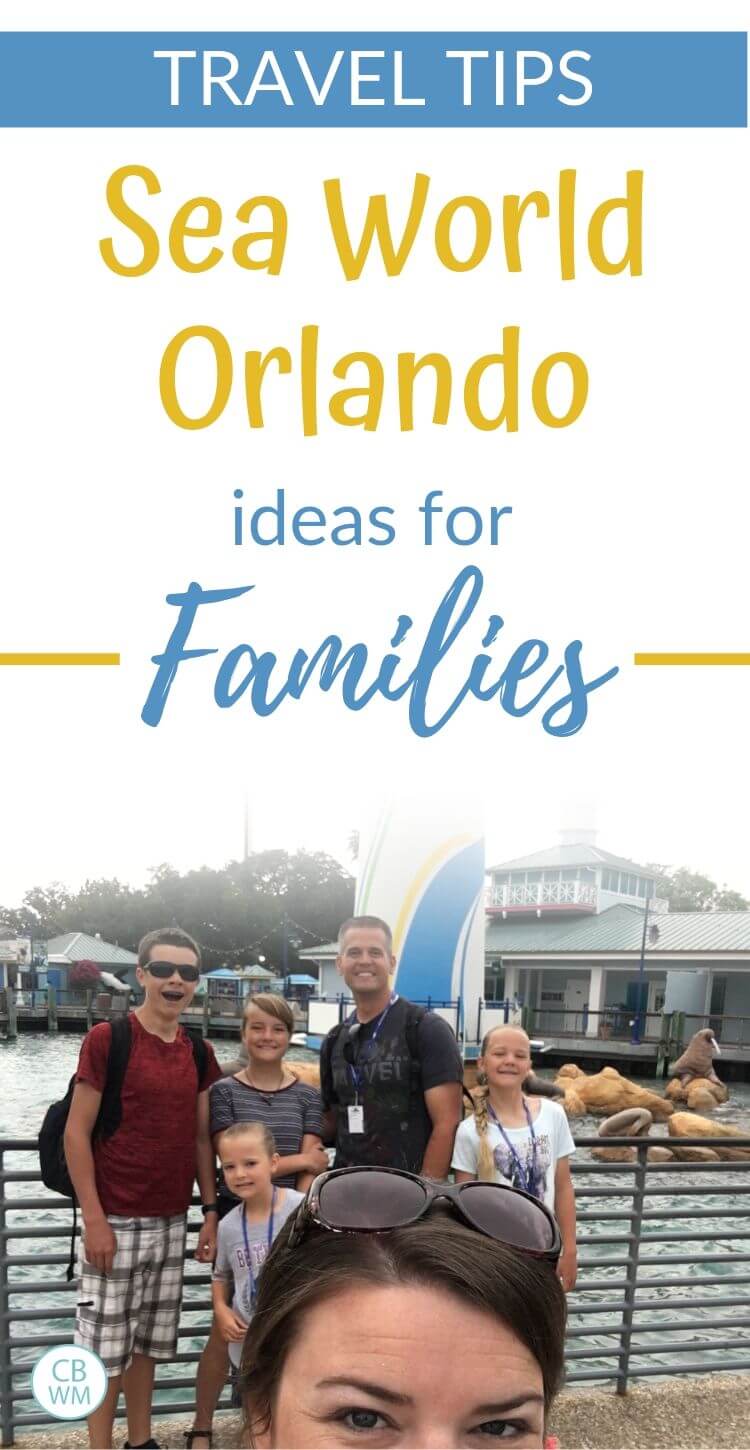