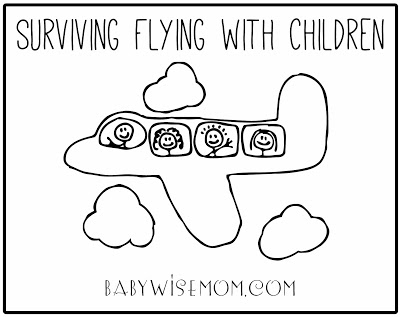 Flying with children can be nerve-wracking. Children are unpredictable. You never know if they are going to have an off day and if they will essentially freak out or have some sort of melt down. That is a big enough concern for a road trip. Add to that a vehicle full of strangers and no control over the stops and…well…it seems stressful. So how to people survive flying with children?

When I was about five, we flew from Utah to Michigan. The only real memory I have from the entire trip is getting new toys on the plane. Really!