This is a summary for Brinley’s 43rd week; she was 42 weeks old. 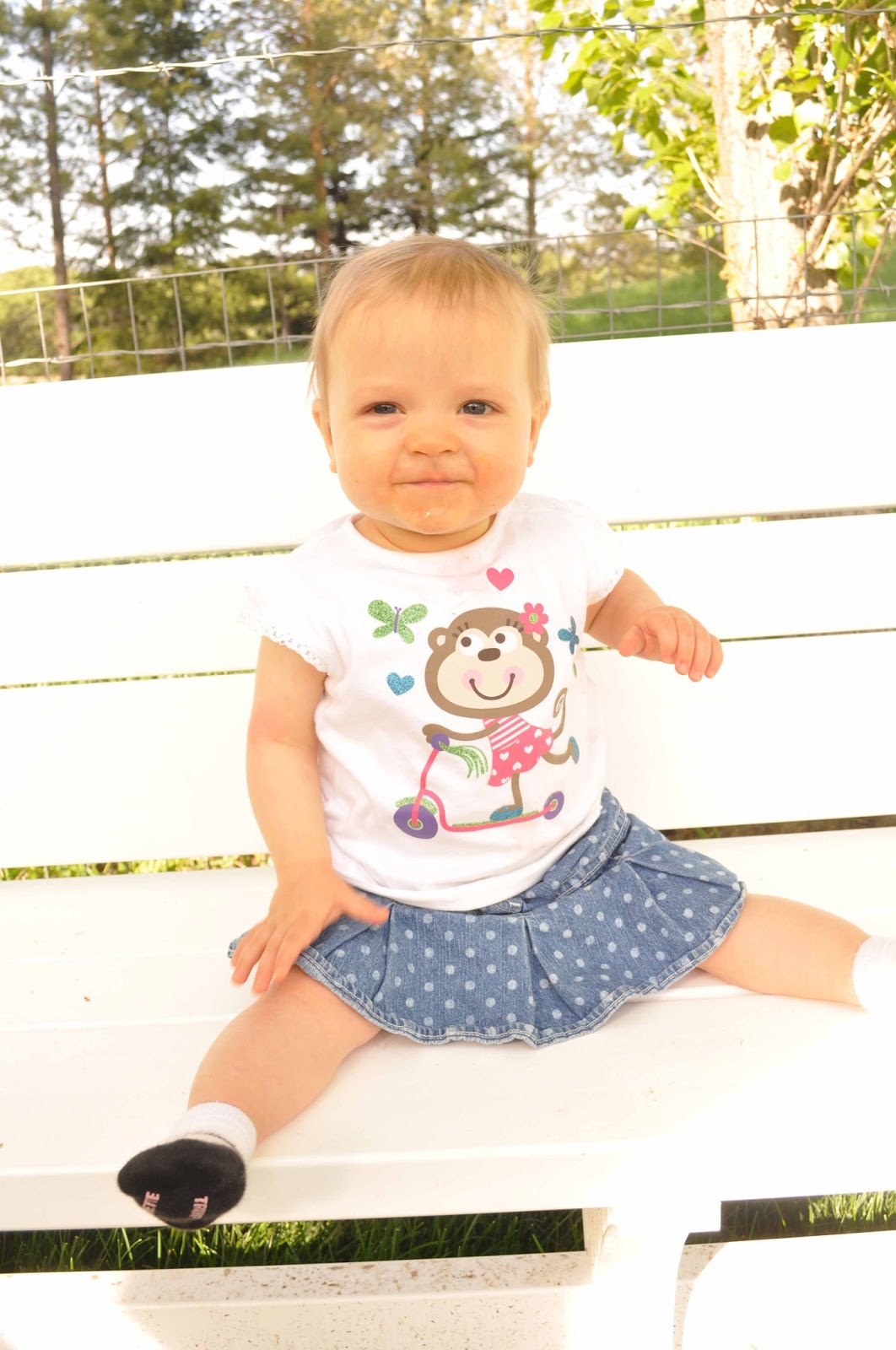 Also no changes. That isn’t really a good thing since last week she showed she refuses to take a bottle from someone other than

This week, Brinley tried bread. And she LOVES it. Mmmm…bread.

You know how she does the peek through the crib slats and wave bye to me thing? Well, one day I was putting her down about 5 minutes before Brayden’s friends were supposed to start arriving for his birthday party and I totally forgot to wave bye. I got a few steps from the door when she started crying in that offended way. I thought for a second and realized what I had done! So I went back to the door and did the wave thing. Then she was fine. Don’t break the routine! Ha.

Brinley is turning out to be quite obedient naturally. She listens well and does what I tell her to. When she has something in her mouth (which happens way more often than I think all of my other kids combined ever had happen–the challenge of a fourth child!), I tell her to spit it out and she does immediately.

The hard, hard thing for me with babies these days is not thinking they are hilarious when they sweetly disobey. Like, one day Brinley started to go down the hall. She isn’t allowed down the hall because down the hall leads to the stairs. I looked at her and called her name and she stopped and turned around to look at me. I used my finger to motion for her to come back like we do in the USA and she smiled, waved at me, and then turned and kept heading down the hall. I thought it was so cute and funny! But I went and got her and brought her back where she was supposed to be. I just have to try to hide my amusement when she does these things. This is why you youngest children are all spoiled 😉

Brinley seems to love adventure–like in the swing outside, she wants to be pushed high. My other babies I just lightly swung, but Brinley wants to be pushed as high as I might do a toddler. She squeals and giggles and laughs with joy.