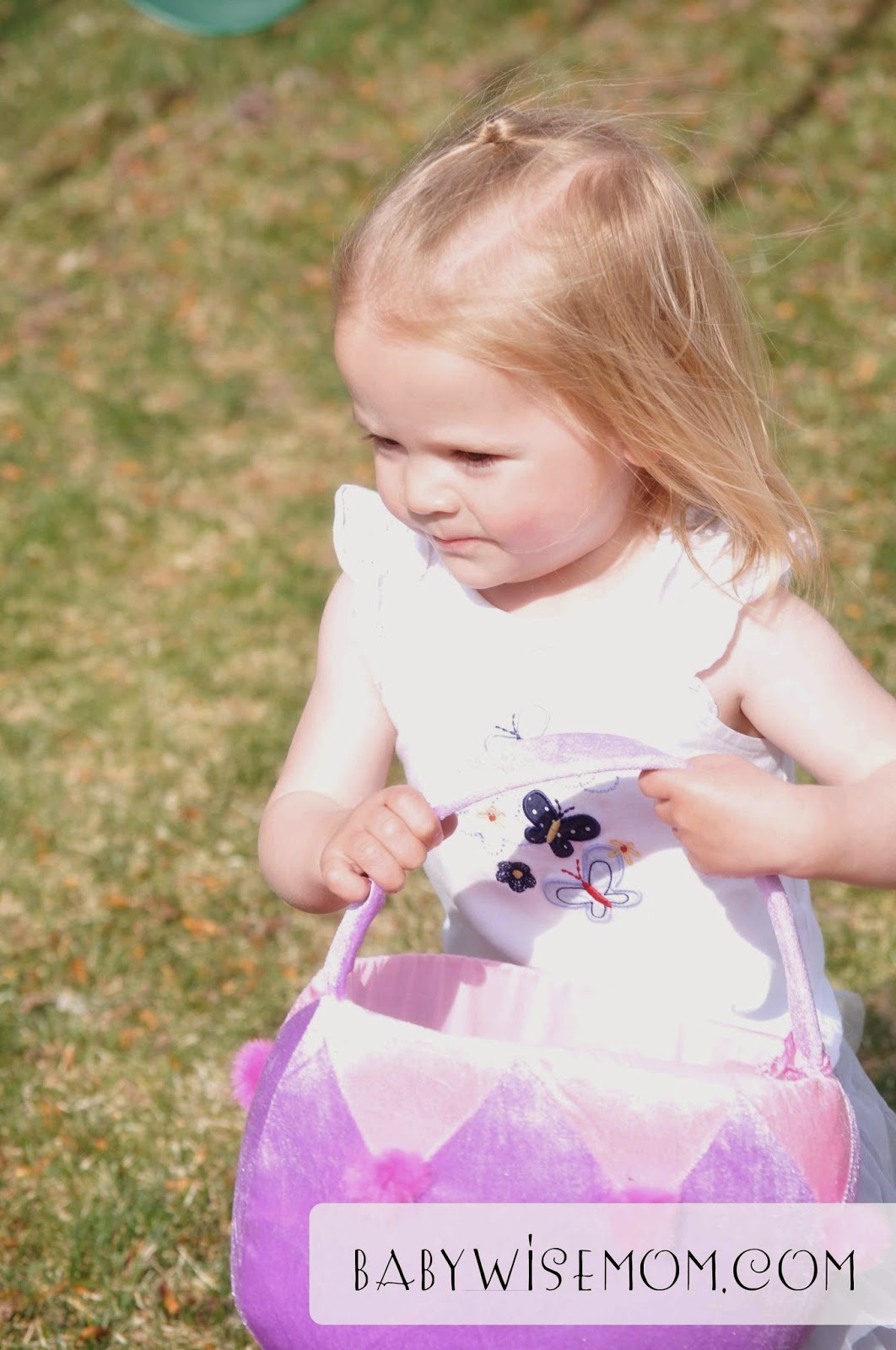 Sleeping was mostly great. There were a few naps where she was waking up earlier than usual. I figured she must be cutting teeth. Yes she is! For the first few days of the painful teething, I do IB Profen before naps and that always gets her back to sleeping normally. I stop after a few days because I don’t like just pumping medication into her body. It seems like after a few days, she kind of gets used to the pain and can manage it better without the medication.

Eating is great. No concerns here.

Playing is going well. She likes to have her independent playtime each day. She loves to play outside. She doesn’t really tear through cupboards and drawers anymore unless she is overly tired.

She started off really grumpy–I would assume from the teething. Then once I started giving the medication and using the teething necklace, she got back to normal.

Teeth can really impact behavior and demeanor at this age. The eye teeth and molars are very painful for them. Like I said, I will use pain killer before naps for a few days. I also like Hyland’s Teething Tablets and Baby Orajel. I haven’t used either of those this time, though. I have been putting on her Amber Baby Teething Necklace. This really helps take the edge off. She is closer to her normal self. I wouldn’t say it removes all of the pain, but it is a natural item that puts nothing her in her body. I don’t dare have her sleep with it on, but during her waketime she wears it. I have read that lighter colors are more effective than darker ones.

Brinley had a major tantrum. Major. Very impressive. She was eating lunch and had some pudding. She started to play with the pudding. My husband told her not to, but she continued with the finger painting, so he took it away. She.lost.it. Lost it. I removed her from her chair and held her while I waited for her to calm down. It was basically a time out while being held by me. I don’t love a time out being held by a parent, but at this age it is usually plenty effective and I didn’t have anywhere set up to contain her for a tantrum since she isn’t prone to them.

She went on for a long time. It was probably about 15 minutes. It was crazy. This was before the discovery of the teeth, so I am guessing it was related since she hasn’t had one since. I remember Brayden’s first tantrum was also while he was cutting these same teeth (which is funny because she has always reminded me a lot of him). I also remember the circumstances around it and feeling like I had gone horribly wrong somewhere along the way. For Brinley, I had written down “major tantrum” in my notes for this post and I had to sit and think hard about it for about five minutes. Ha! So obviously I have learned over the years that tantrums happen and it doesn’t mean you have messed up. It is normal. It is even a sigh you are doing things right–see

Dentist
I forgot last time to talk about our dentist trip. She was super good again! She was more nervous than her first time, but she still opened up, still had a real cleaning, and didn’t cry at all.

Easter
So, Brinley likes candy. A lot. At Easter, we did the egg hunt thing. She was going along enjoying find her eggs. She thought it was a fun game. Then she dropped one on the ground and out popped a few jelly beans. After that, as you can image, it was an egg-opening fest. 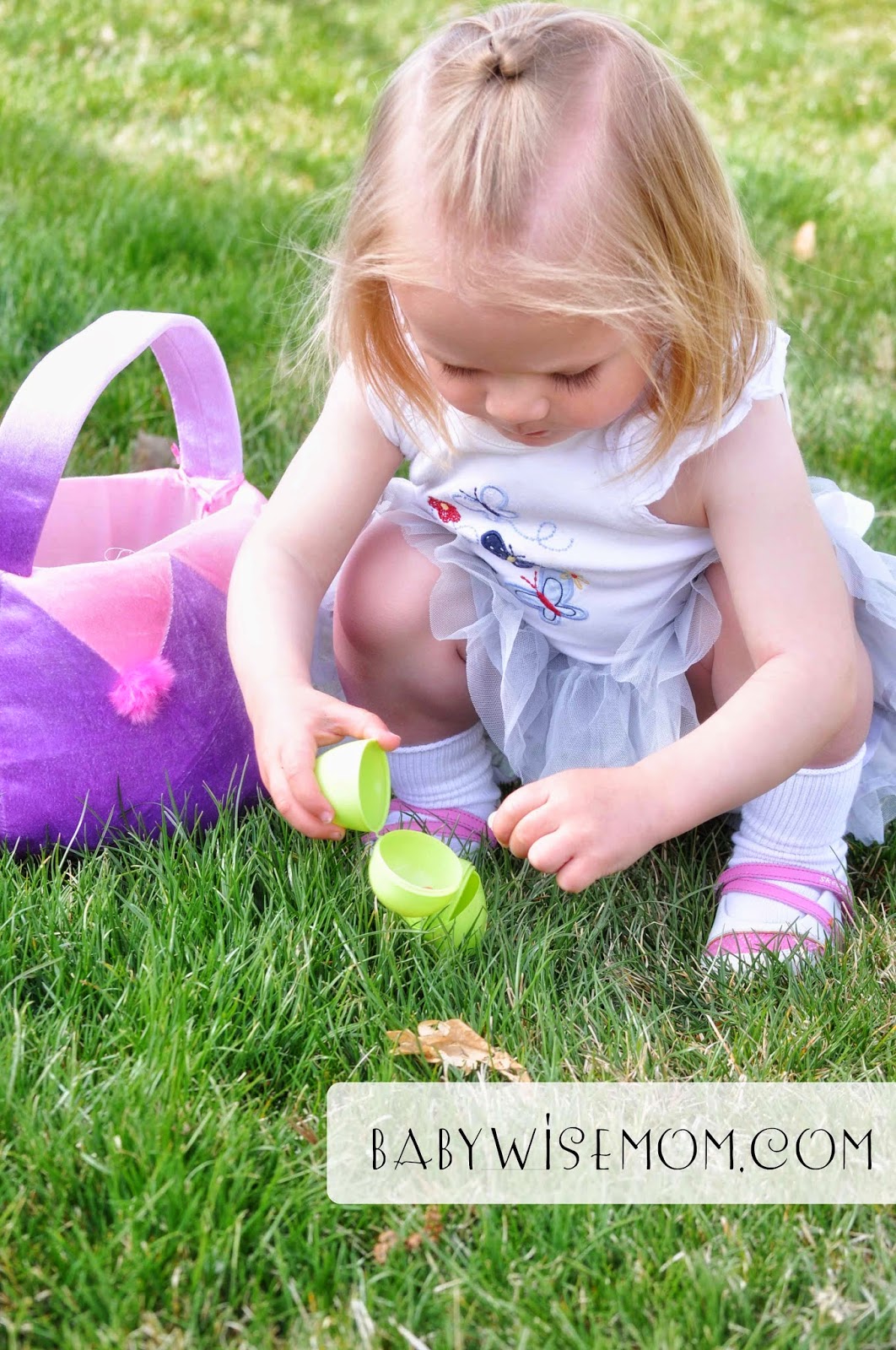