How “wise in your own eyes” leads to conflict between you and your child. Understand what decision-making freedoms to allow your child to have. 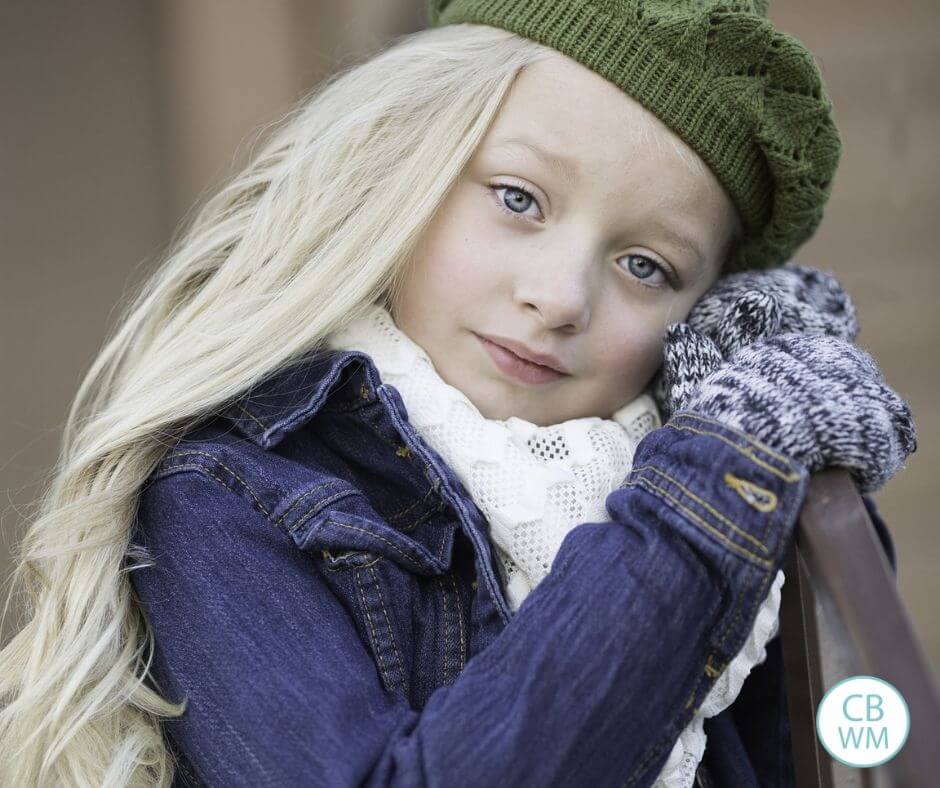 While our little ones are babies, we stress out over food and sleep. We come to a know a whole new level of stress and heartache as that cute baby grows up and we start to butt heads with that little cutie. This conflict between you and this little child you love immensely is hard to take.

“It is our firm conviction, based on our observations, that more conflicts arise out of this wise in your own eyes attitude than any other single factor in parenting” (Preschoolwise page 72).

What is Wise in Your Own Eyes

Essentially, a child who is wise in his own eyes thinks he is more mature, smarter, and more capable than he actually is. When he is given instruction from someone with authority, he will talk back, be sassy, and refuse to listen unless he happens to agree with the instruction. If obedience is enforced, a fit will follow.

A child who is wise in his own eyes is a child who has been granted too many freedoms. They “go places they should not go and say things they should not say” (Preschoolwise page 67). This is the reason you want to avoid the “choice addiction,” or giving your kiddos too many choices and too much control at too young of an age. This is very easy to do.

In On Becoming Preschoolwise, they use the example of a child refusing a certain color of cup. Mom sees that as not a big deal and changes the cup. There are several other choices that the child then insisting upon having control over. By lunchtime, the child informs mom that he doesn’t want lunch just then. He will eat later. He is busy. 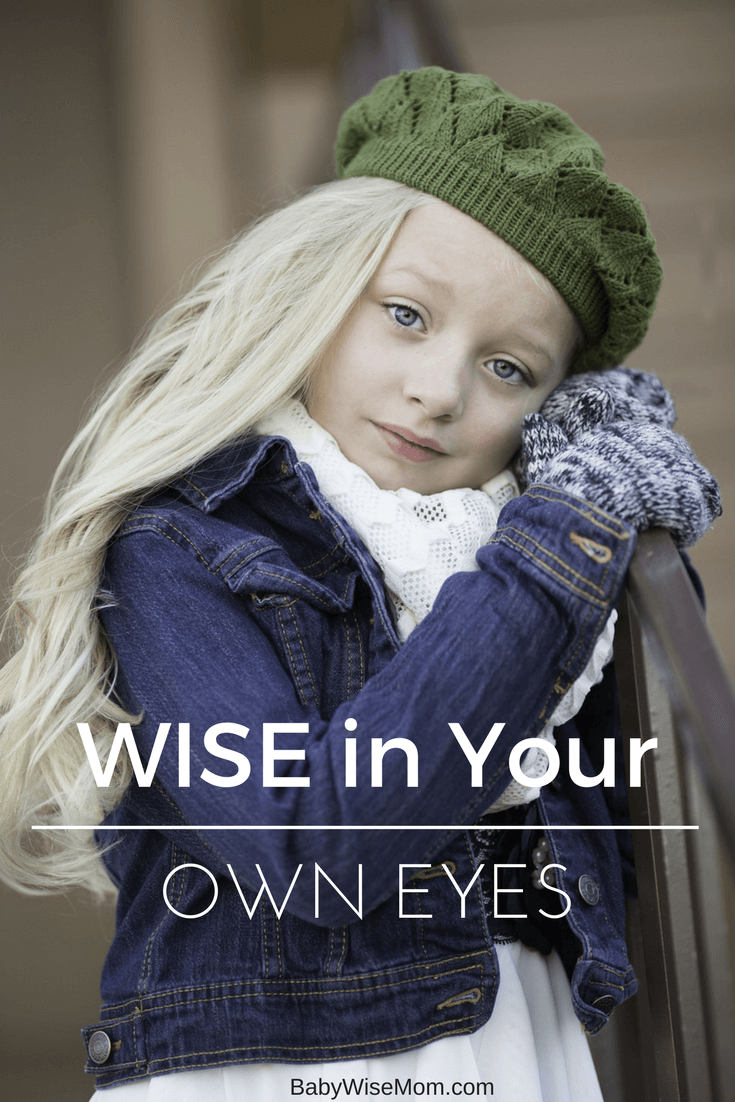 Why Wise in Your Own Eyes is a Problem

Allowing your child to have a blue cup instead of the red cup you offered him is not necessarily a problem, but it can lead to a problem. Of course, we all want our children to grow toward independence; we don’t want to make every choice in our child’s life forever (well, maybe we would like to, but we know that isn’t healthy 😉 ).

That makes sense, right? You can see why a child would jump to that conclusion.

When you grant freedoms too early and allow your child to make his own choices all day long, he will soon “assume a false sense of confidence in their own abilities and judgments” (page 71).

This is the reason you always want to watch and be mindful of the choices you allow. You don’t want your child to get to the point of thinking he can tell you no when you give him an instruction.

How To Allow Freedoms Appropriately

Kids need to learn to make choices in life, and they can only do that by making choices. That means they need some freedom.

My personal policy is to allow some choices, but I often test my child’s submission to me. For example, as the child has gotten older, I have allowed him to have more say over what he wears each day.

At first, I gave him a choice between two shirts that I would be happy with. It taught him about making choices and sticking with the choice made (experiencing the “consequence”). As he has gotten older, I have given him more freedom. Some days I let him pick any short-sleeved shirt from his closet. Some days he can choose the shorts he wears. I don’t yet allow him to choose the entire outfit from the beginning. We work up to that.

Read: How to Teach a Child How to Make Decisions

I don’t, however, give him this privilege every day of the week when I am first introducing this freedom. I know that there are days I want to reserve the right to choose the entire outfit (church, pictures, family reunions, etc.). Several days of the week, I choose the entire outfit. I watch his reaction to me choosing and make sure he has not become addicted to making choices.

When Brayden was younger, there was a day when he protested the outfit I chose for him. I knew that day that he had too many freedoms overall and I limited them.

I believe the oldest child has a greater risk for being wise in his own eyes. We often give our oldest child freedoms sooner than he is really ready for them simply because we don’t have the experience to guide us on what he needs and what he doesn’t. 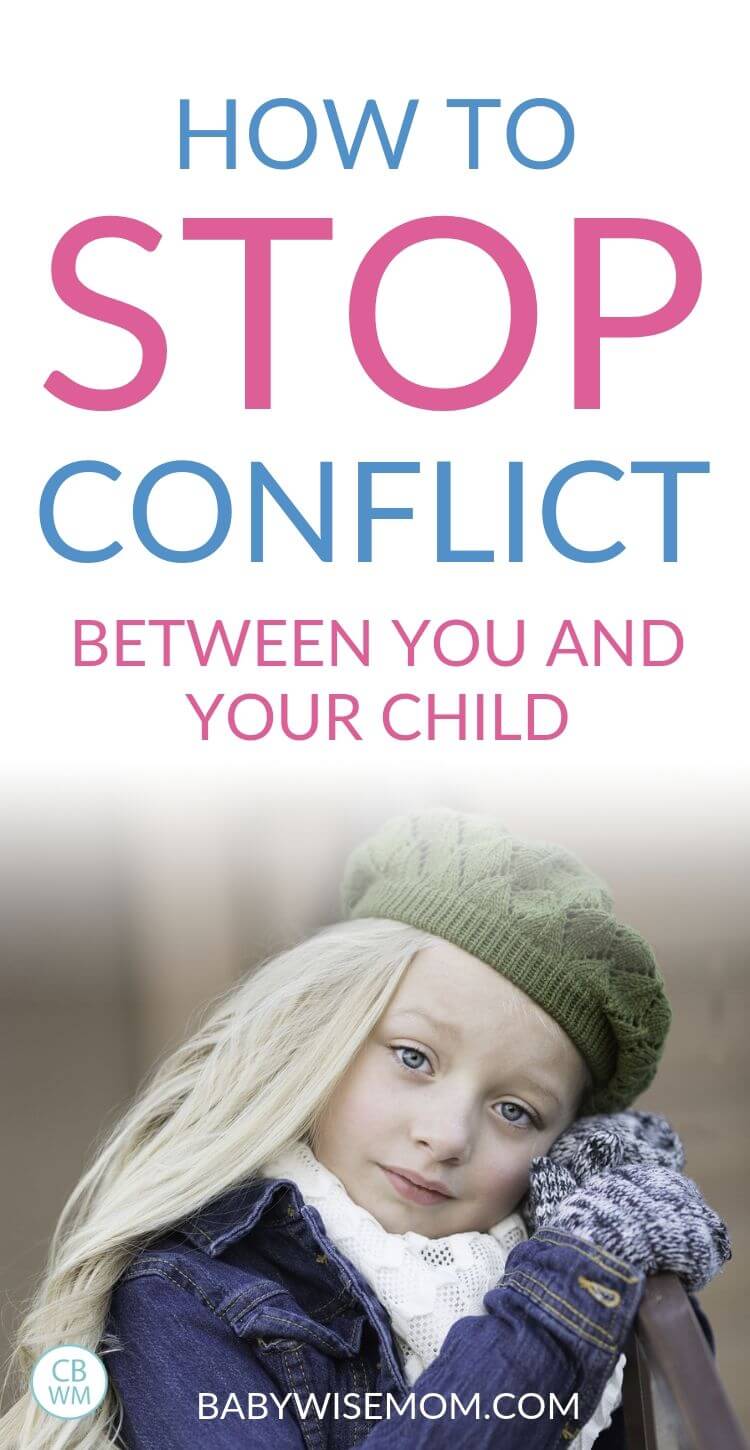 We are eager for this little child to show his maturity. We anxiously await every new step. We also ask the oldest child to help with younger siblings and expect them to be a good example. It doesn’t help that younger children often obey the oldest child without question (at least in the younger years).

One day as I was nursing McKenna in her room, Brayden and Kaitlyn came to the bathroom (right next to McKenna’s room). Brayden got a book for Kaitlyn and pointed to a spot in the hall and told her to sit there and read the book while he went to the bathroom. She did it! I was shocked, amused, and dismayed all at the same time. That is a situation that is really funny, but you know that you need to have a talk with the oldest child on his role in the family.

With subsequent children, we typically have a better idea of the appropriate timeline for privileges. For example, I allowed Brayden the choice of choosing shirts at 27 months, but that was a little too early. I wanted until Kaitlyn was older.

We can run into problems when we allow the younger children the same privilege as the older sibling. It can be easier to allow it than to fight the younger child who wants to be just like older brother, but you absolutely introduce discipline issues when you allow a child freedoms she isn’t ready for. You want to keep siblings the correct place in the funnel.

How to Keep Siblings in the Funnel

Why We Limit Choices

Take note of the why as to the reason we limit choices. It isn’t to suppress our children. It is to require a moral maturity from them before they can be granted freedoms. If you find your child of any age, from toddler to teenager, resistant to your instruction, the first step is to always evaluate the child’s freedoms. Get them back in line with age appropriateness and you will have more harmony at home.

Read: Too Many Freedoms

12 thoughts on “Wise In Your Own Eyes Explained”